You can grab your own copy right here: https://www.mongoosepublishing.com/deepnight-revelation-the-near-side-of-yonder.html

North American Travellers can get theirs here: https://www.mongoosepublishing.com/us/deepnight-revelation-the-near-side-of-yonder.html

Far beyond Charted Space, the expedition seeks a way to cross the Great Rift. Failure will add years to the voyage. Deepnight Revelation enters a region populated by three starfaring powers. They might have information useful to the expedition, but each has an agenda. Deepnight Revelation is a technological wonder to these cultures, and is sufficient to tip the balance of power.

The people of the Near Side of Yonder face annihilation by an enemy of their own making. They cannot survive alone, but their history of rivalry and conflict makes concerted action impossible. The Travellers could forge an alliance and lead the three societies in a battle for survival… or they could abandon them to their fate.

The Near Side of Yonder. Gunboat diplomacy among distant stars. 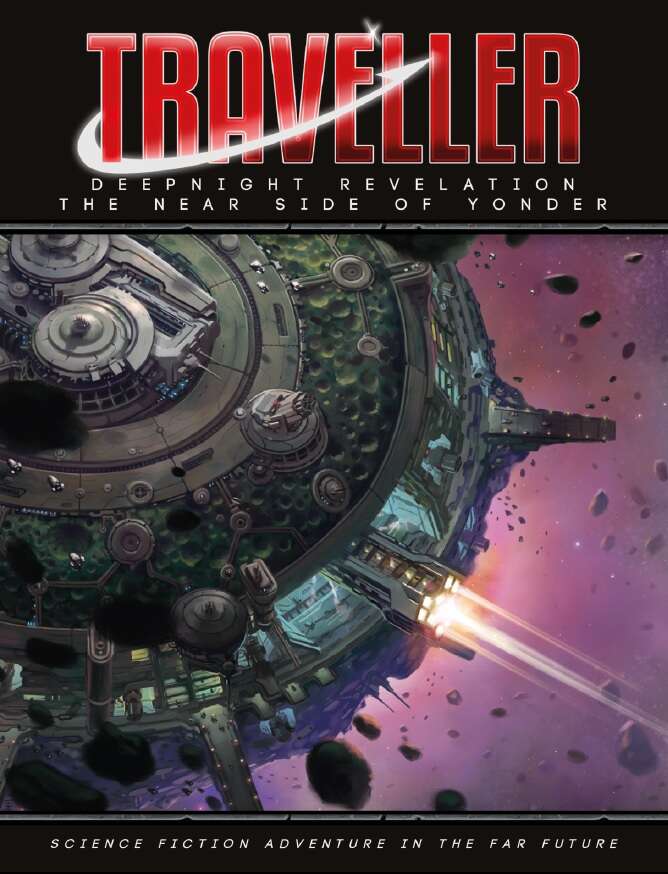 Deepnight Revelation: Near Side of Yonder - eBook & Pre-Order