2300 AD and the American Intelligence Community

With the recent release of the 2300 AD PDF, I noted the presence of the External Security Directorate (ESD) for the United States, which seems to be analogous to the Central Intelligence Agency of today. They also mention the National Security Office (NSO) Office of Data Management (ODM) for domestic surveillance, which would be akin (I think) to the FBI Intelligence Branch. As my campaign deals with the Intelligence community heavily, what other agencies would you see surviving the Twilight War, or even being "remade" during the 300 years? Just looking for ideas...Currently, the US has no less than 17 Intelligence agencies under the umbrella of the Intelligence Community.....that's a lot! Depends on what you think needs regulating or keeping an eye on, like immigration, firearms, alcohol, tobacco, other sin taxes, commerce, diplomacy, telecommunications, and just electronic observation with remote platforms.

I can certainly see domestic surveillance for "ProVolution" and other domestic terrorists. Foreign surveillance for external threats to the US. I would imagine that the US would probably keep tabs on Mexico, perhaps Texas. Given the strong relationship between the US and Australia, I see the two of them cooperating and sharing a lot of the intelligence they get. It also depends, I guess, on the stance of America in the campaign. An isolationist America would probably be more prone to hoarding information, and ramp up internal security. Not saying that one with expansionist tendencies wouldn't do the same, but they would certainly want to keep tabs on other players, France, Germany, Manchuria, and other colonial powers.

I specifically was inquiring about American, but I can certainly see opening this up to all! Given the state of combat with the Kaefers, would the various intelligence services be cooperative in providing Kaefer intelligence to one another, or would they resort to being "silos of information" where they hoard the data in attempts to possibly use it as leverage in the future to get something else they need? 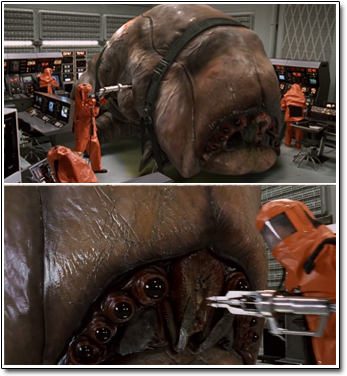 The State of the Mongoose 2010