1. Dependent on the forces engaged.

2. In theory, the Confederation starwarships could use combination torpedo/missile launcher; in practice, I can't really figure out how it works.

3. Attack starwarships would be one tonne below the two kilotonne threshold for the minus two modifier for torpedo targetting attacks.

4. Enemy vessels of at least two kilotonnes would be engaged at long distance, and are at a disadvantage in firing back their own torpedo salvos.

5. Advanced torpedoes would be used, negating any technological shortcomings of the attack starwarships, and having an immediate effect.

6. The commander is allowed to launch at very long (two rounds) and distant (seven turns) ranges.

7. Multiple launches could be combined and adjusted so that all the salvos arrive at the same time.

10. Which leaves us with the rest of the acceleration ten variants.

11. These should be launched as the attack starwarship flips between long and very long ranches.

12. That ensures that time to target is one round.

13. Anti radiation is to ensure hits on the enemy vessels who haven't switched off their radars.

14. In theory, should be faster than ten accelerations.

15. Plasma is to punch through armour, and inflict some real damage.

16, The electro magnetic pulse should preferably knock out propulsion.

17, Which would make it a sitting duck for an ortillery torpedo or missile.

18, Which another starwarship should release at medium, preferably short range.

21. If the smallcraft goes into dogfight mode, you can empty entire magazines in sixty combat rounds.

23. I don't see much point, in space combat, for multi warhead torpedoes.

24. Nor nuclear or bomb pumped.

25. Despite the fact that the Confederation is supposed to favour nuclear warheads, presumably against industrial infrastructure.

26. They are cheaper and manufactured at a lower technological level, than suitable alternatives.

27. But I doubt that the author truly considered the potential political fallout for widespread use of nuclear weapons.

28. Home Guard and member navies might be more inclined, since it's either to make up for a technological imbalance, or they view combat as more existential.

29. Though I suppose if they had a ten megatonne bomba, it might be more useful against a large space station or a battleship.
C

30. Attack starwarships are specifically designed to go after, what would be termed fleet escorts and cruisers.

31. While battleships are potentially viable targets, it's like a barbecue, you want friends and family as they have more robust point defence and secondary armaments.

32. It's unlikely that Imperium tacticians are unaware, so leaving the cruiser screens naked is unlikely.

33. Close escorts and smallcraft screens would be used to neutralize confederation attack starwarships, if not distract them, before they latch on to their principal target(s).

34. Which is where the missiles come in.

37. Anything larger tends to be a too tough nut to crack.

38. Anything smaller is harder to hit.

40. Advanced would be the default choice by the Confederation Navy.

41. This minimizes interception time when launched from very long range.

42. Unless the enemy is rapidly closing, distant launch would be avoided.

43. After all, you don't want half the salvo wandering off.

45. Considering the large amount of ordnance that can quickly be used up, and the ease of manufacture, standards are more fired for effect.

47. Nuclear warheads are constructed one technological level below.

48. They're salted in salvos in space combat, more to give the opposing side's damper operators something to do.

49. Or if a nuclear launch has been ordered against a specific target.
C

50. Don't see much point in the decoy missile, as currently configured.

51. Fragmentation would be the go to after advanced, being the same acceleration and built at technological level eight.

52. It can take out up to four targets adjacent to each other and is cheaper than standard.

53. It also can be used as anti missile defence.

54, Jumpbreaker is an expensive piece of kit, and seems more like the taser option for law enforcement, or if you don't want to damage the hull or ship systems.

55. During an actual battle, against large combatants or capital ships, to really annoy the commander who probably doesn't want to risk a misjump if retreating.

57. Multi warhead seems to fall into a similar niche area.

59. It seems more a question of compressing maximum missiles within a specific time frame.
C

60. Shockwave has some limited utility.

61. If your starwarship has extensive laser batteries, and mine tend do so, and the usual opponents have lots of sandcasters, it tends to clear the path.

62. Also, if getting a clear target lock is a priority.

63. The ortillery missile is actually more powerful than the nuclear one.

64. If the target is fixed, the penalty to hit is removed.

65. Which is where knocking out the propulsion system, even temporarily, comes in.

67. Considering their effects, this might be something to screw on a commercial vessel or a cheap conversion.

68. You'd think that for two and a half megastarbux you'd get a bigger bang for a nuke warhead than fifteen dice.

69. And without repeating myself, similar opinions on the other three variants.
C

1. We'll want to avoid the necessity for pontoon bridges, so at least from buggy upwards, the vehicle should be amphibious.

2. Bridge weight limitations might also be an issue, so maybe keep it down to thirty tonnes.

3. Requisitioned private vehicles, preferably pickups, so you can turn them into technicals.
C

Assault Rifles of the Solomani Rim

The two primary designs are:

The primary differences are that while the Clash has stagnated in development, it's most notable characteristic is it's ruggedness, which makes it a favourite for the weapon caches the Confederation likes spreading around the Rim, for the Day of Liberation.

The AssLite has mutated at times beyond the bounds of recognition, and remains a favourite for civilian users, especially for the wide range of customization that is possible with the platform.
C 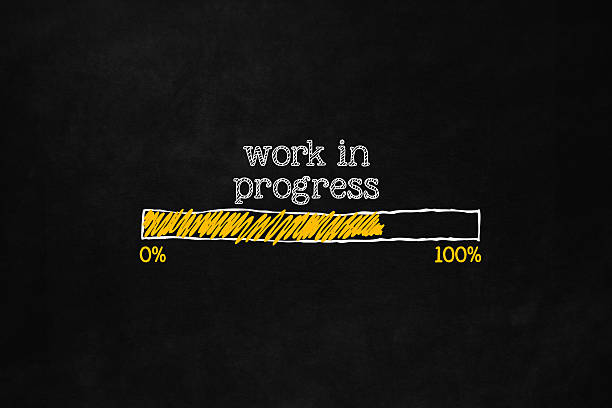 The advantages of a light rifle weapon system would be recoil, cost and weight.

Mass of the bullet would be eight to twelve, so two thirds or half more, depending on perspective; cost is a quarter more for intermediate.

For Traveller mechanics, against longarms recoil minus six modifier, I don't either matters.

So for a single shot survival rifle, you can probably upgrade to intermediate, for one dice more damage. minimal ammunition cost increase, and no perceptible increase in recoil.
C

Thumb trigger should, in theory, make that cheaper.

Wonder if pumping in and igniting hydrogen would work.
C

Longarm, one hundred starbux receiver, two and a half kilogrammes [original capacity thirty]

I wonder if that includes one round in the chamber?
C

Longarm, two hundred starbux receiver, two and a half kilogrammes minus fifty percent, no ammunition capacity, one round in the chamber.
C

Longarm, one hundred sixty starbux receiver, two and a half kilogrammes minus sixty percent, no ammunition capacity, fixed magazine, one round in the chamber.
You must log in or register to reply here.