Staff member
Not content with bringing you The Third Imperium, Traveller writer Chris Griffen also has two adventures for you, set in the Core so you can begin exploring the sector - Invasive Species and Last Call at Eneri's Cantina!

You can pick up both adventures here:

Invasive Species
The Core is the seat of empire for the Third Imperium, a highly populated and industrialised region of space civilised for thousands of years. It is also home to several reserve worlds, some of which are places where the Imperial feudal nobility go to rest and play. Tinea-Fabre is a candidate to become the fourth reserve world in the sector, hosting a lush ecosphere with dozens of imported alien animals. 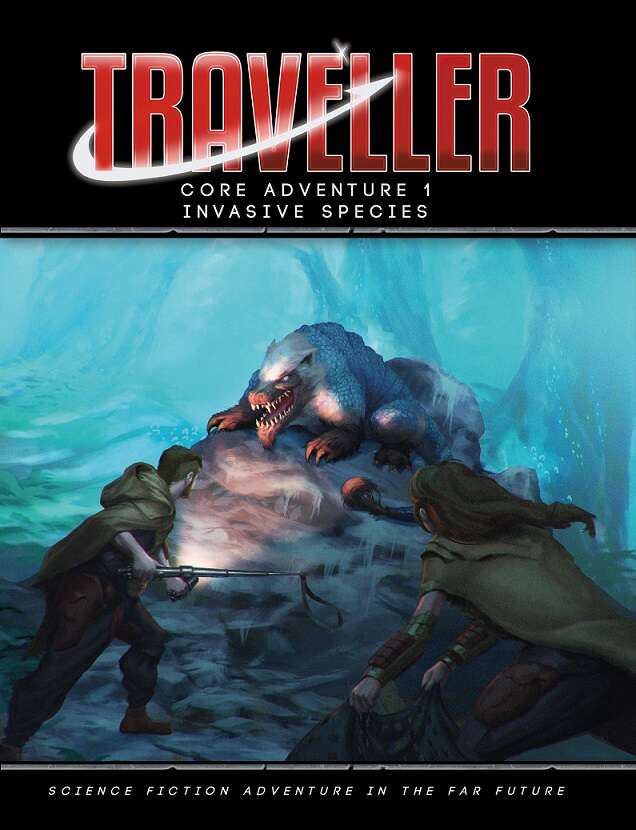 The Travellers are hired by the ducal heir of Alekvadin to fly a safari ship first to Akussanja, to obtain specimens of a rare and wild species, and then to Tinea-Fabre where the animal is to be deposited into a wildlife preserve. After it has settled in, the young duke-to-be enlists the Travellers to hunt the elusive creature in its adopted habitat but it proves to be a wily prey with heretofore unknown abilities. The hunters become the hunted and are seemingly forced to fight off the entire animal kingdom of the preserve. They will end up in a pitched battle for their very survival.


Last Call at Eneri's Cantina
Eneri’s Cantina at Affinity Highport is the quintessential starport bar where adventures begin, patrons are met, rumours are heard and weary Travellers wind down after weeks in jumpspace. It is a place to get a good stiff drink and have the chance to rub elbows with the movers and shakers of the Sylean Main.

The winds of change are blowing in the region, and the high-tech industrial world of Ase is making moves to establish itself as a power broker. Unfortunately for Affinity and worlds like it, they might become casualties of Ase’s master plan, but such is life in the politically charged, high-stakes Core where everything is done on a grand, winner-take-all scale. 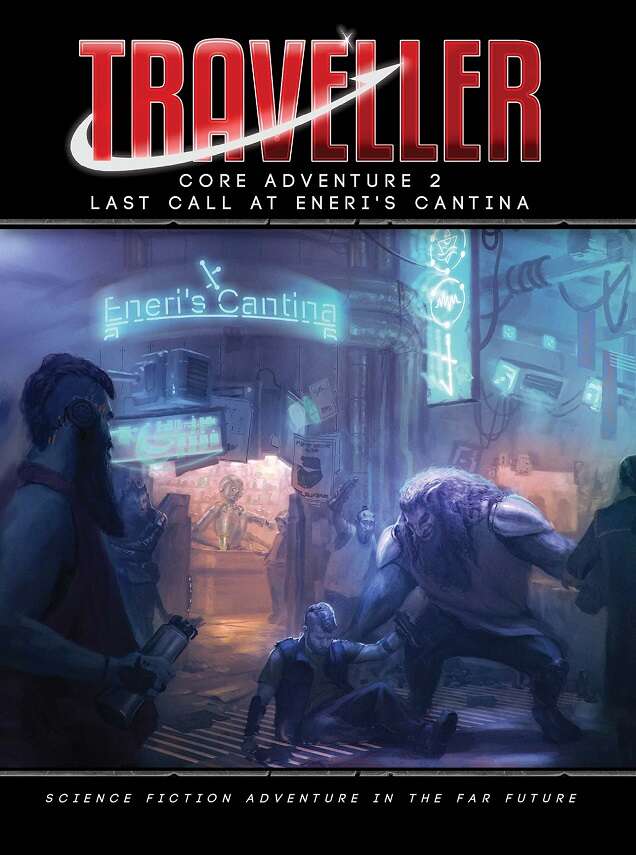 The Travellers become embroiled in these events even though all they really want to do is save their favourite bar. They become pawns in a dangerous political game that might forever change not just Affinity, but an entire way of life… and not for the better. If they play their cards right, they might just find the key to saving Eneri’s Cantina and preserving the things they hold dear.
You must log in or register to reply here.