Are Aslan females filthy rich? The males can't balance their chequebooks, but they only make up a quarter of the society, so should that have a big impact on female wealth?

According to Aliens of Charted Space "There is no pension system for Aslan. An old Aslan should have accumulated enough Clan Shares to have enough money to live on." The main source of income from Clan Shares is owning a corporation.

The corporation is described differently in Pirates of Drinax compared to Aliens of Charted Space:

In Drinax: "The Traveller owns an operating corporation. It has MCr5 in assets per Clan Share spent and produces gross profits equal to 1D% of its assets per year. The Traveller need not do anything to administer the corporation, but may become involved if desired."

"Gross profits" is an odd way to describe the firm, since gross profits are revenue, removing cost of goods sold, but not removing other expenses, so isn't necessarily the bottom line for the firm. However, Megatraveller's Aslan Corporation benefit is described as "The corporation has assets of MCr4D-3 and produces net profits of 4% of its assets" and Classic Traveller reads "It has MCr4D in assets and produces gross profits equal to about 4% of its assets", so perhaps this is a typo/thinko, and should be regarded as net profits. Note that (in the real world) net profits are normally compared to equity values, rather than total assets, so if a firm had plenty of debt (and hence paid interest on that debt), net profits could be a very low percentage of assets. Note also that comparing the "old" (Megatraveller/Classic Traveller) numbers, getting a Corporation there is a much more unusual benefit than getting a Clan Share in "new" Traveller, so it's not likely to come up multiple times for a character.

The Drinax corporation benefit is a pretty tidy moneymaker. It on average brings the Aslan in 3.5% of MCr5 per year, or Cr175,000 per year. That's with one Clan share. According to the core book, a Rich lifestyle costs Cr12,000 per month, and a Ludicrously Rich lifestyle starts at Cr20,000. So that sort of income puts the Aslan in the lap of luxury. Two Clan shares leaves her set for life, and even one leaves her so wealthy that there's little point to adventuring. Technically, there's also no restriction on male Aslan from taking the Corporation benefit either ...

In Aliens of Charted Space (or Mongoose 1E): "The Traveller owns an operating corporation. It has MCr500000 in assets per Clan Share spent and produces gross profits equal to 1D-5% of its assets per year. The Traveller need not do anything to administer the corporation but may become involved if desired."

Again assuming that this is supposed to be net profits (so the number is what the Aslan earns per year), the Aliens of Charged Space features an *enormous* corporation, with 500 billion credits worth of assets, but that's losing money paw over claw (on average -2.5% profit per year). However, if the Aslan rolls a 6, she ends up with Cr5 billion (1% of Cr500 billion) income that year.

Supposing that the MCr500,000 was a typo, and should be Cr500,000, and that we should interpret the 1D-5% to be capped below at 0%, then the corporation would earn a 1% return every six years (on average), paying out Cr5,000 if it does. This would mean that an Aslan who wanted a Cr1,200 per month income (Average lifestyle) would need about 18 Clan Shares (earn Cr90,000 every six years). This, compared to the Drinax rule or the RAW Aliens of Charted Space rule, seems fairly austere.

So what's the story? Are female Aslan rich as kings, or poor as church mice?
C

Assuming that Aslan males count wealth and power by the number and quality of their cows and real estate, it's quite possible that the females get to benefit in in easily convertible financial assets.

Pretty sure the chief financial officer of an Aslan corporation would be female, while the chairnyan of the board, president, and chief operating officer would be males.

I picture males on the board staring like deer in the headlights saying "Okay...." a lot when company females routinely update what's going on and keep making money. True clueless but mandatory figureheads.
C 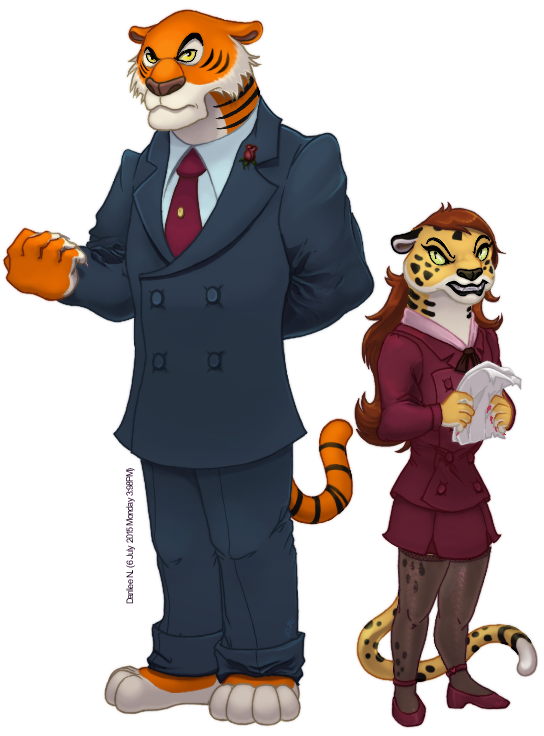 So what do you all do about the corporation benefit?

It seems the Drinax rule results in super-rich Aslan characters. The Aliens of Charted Space rule (RAW) is ... odd. And if one interprets the Aliens of Charted Space as Cr500,000 with a 1D-5% return floored below at 0, it's a bit dubious to see why anyone would want a company paying Cr5000 with probability 1/6 over a ship share that could get them Cr1000 as a sure thing each year.
C

To be fair, the males probably spend the money on new gaming rigs, supply is constrained, and inflation may be through the roof.
A

I'm increasingly thinking that what the passage should read is:

"The Traveller owns an operating corporation. It has Cr500,000 in assets per Clan Share spent and produces net profits equal to 1D/5% of its assets per year. The Traveller need not do anything to administer the corporation but may become involved if desired."

Note that I'm replacing the 1D-5 with 1D/5. That would mean that you can choose:


Which all seems pretty balanced. The corporation is better in the long run, but it takes 3 years to earn more than Cr10,000 (on average). Ship shares are either great, if you use them on your own ship, or lousy, if you don't. Plus, to achieve a retirement income of Cr14,000 per year, an Aslan would need 4 clan shares, which seems consistent with what a human has to do to get a similar pension (most careers will net you 0.5 - 1 clan shares, on average, per benefit roll).

If you want to burn through excess profits, you could say that clan shares are like consolidated annuities, and you're expected to use the money to maintain your social status, however that's defined in Aslan society.

It is a truth universally acknowledged, that a single Aslan in possession of a good fortune, must be in want of a personal assistant.

Condottiere said:
If you want to burn through excess profits, you could say that clan shares are like consolidated annuities, and you're expected to use the money to maintain your social status, however that's defined in Aslan society.

It is a truth universally acknowledged, that a single Aslan in possession of a good fortune, must be in want of a personal assistant.
Click to expand...

And his sisters/cousins will be happy to fulfill that duty (for a salary).
You must log in or register to reply here.