Q. If it's not a one way ticket to the stars, atmospheric reentry becomes an issue.

R. Unless I want to invest in a semimegabux worth of heat tiles, a hundred kilobux for a factor one manoeuvre drive begins to look like a bargain.

S. Arguably, you could settle for a factor zero, since that's enough for a soft planetary landing.

T. Technological level nine would be the entry level, since the hulls are self sealing, and the manoeuvre drive factor one becomes available.

U. It would be hybrid propulsion, in whatever form that would take, since factor isn't quite enough for intrasystem travel.
C

V. The hybrid drive would normally be manoeuvre drive factor one, with reactionary rockets factor three.

X. That's slightly over thirteen thrust hours for a one tonne fuel tank.

Y. The default manoeuvre drive factor one would be fifty kilogrammes, one hundred kilobux, and half a power point.

Z. Downgrading it to orbital range, you might be able to cut power draw by half.
C

In the early days of the Space Shuttle program, or even before there was one, US scientists continually delved into uncharted territory, with many inquiries soon arising.

While NASA was able to take a spacecraft into the atmosphere, it soon became evident that the real test was to bring it back down in one piece. But for all the knowledge that military developers had acquired about aviation, the space frontier still posed an unprecedented challenge.

That is, until an engineer from the Flight Research Center unearthed a concept from many decades before: if the wings were a problem for a spacecraft re-entering the Earth, the solution could be to get rid of them!

1. It's at this point we can consider modularization.

2. In my opinion, podularization needs, or should, pods of at least five tonnes, being the minimum size for a spacecraft hull.

3. Modularization has no such minimum, and the dispute over the modular cutter being an internal phenomenon, or an external addition, removal of which lightened the hull (in the Traveller sense).

4. So, to keep it simplified, I'm going on the supposition that modularization is a minimum of one tonne, so you don't need to keep track of half and quarter tonnes ones.

5. No bridges, no engineering, or no hull structural options, but outside of that, it seems everything goes, except, maybe, that one one tonne minimum fuel tank.

6. That means one and a half tonne cockpit, the one tonne fuel tank, and the engines (which at percentages tend to look like rounding errors) make up two and a half tonnes plus.

7. Technological level thirteen manoeuvre drive factor nine is four hundred fifty kilogrammes. and would need four and a half power points; basic systems half a power point; standard fusion power plant one third of a tonne.

9. Ten percent decreased size would make the power plant three tenths of a tonne, which makes cargo one and three quarter tonnes.
C

A. Actually, having civilian sensors might not be worth it, except for a few ultralight fighters optimized for patrolling.

B. Sensor hand offs can get a larger 'craft, maybe one that's an early warning and command 'craft, to see far beyond the horizon, and direct the interceptors towards targets.

C. Power ranges between one to six power points, size one to five tonnes, and cost three to five and a half megabux.

E. That makes it more sense to have a dedicated sensor platform with a core computer.

F. The one tonne or so module could be a civilian sensor, replacing perhaps an acceleration bench, or a missile magazine.
C

1. Crewed space vehicles must be slowed to subsonic speeds before parachutes or air brakes may be deployed. Such vehicles have kinetic energies typically between 50 and 1,800 megajoules per kilogram, and atmospheric dissipation is the only way of expending the kinetic energy. The amount of rocket fuel required to slow the vehicle would be nearly equal to the amount used to accelerate it initially, and it is thus highly impractical to use retro rockets for the entire Earth reentry procedure. While the high temperature generated at the surface of the heat shield is due to adiabatic compression, the vehicle's kinetic energy is ultimately lost to gas friction (viscosity) after the vehicle has passed by. Other smaller energy losses include black-body radiation directly from the hot gases and chemical reactions between ionized gases.

3. So either Wikipedia or Traveller is correct, regarding non manoeuvred drive atmospheric reentry.

4. Does this actually matter?

5. I think in terms of maintaining and operating a rocket, compared to a gravitic based drive, you might actually not need engineers.

6. A mechanic might be enough to keep them operating, being more simplistic in construction.

7. While a comparatively similar performance manoeuvre drive is half the volume of a reactionary rocket, it's also five times more expensive.

8. If you can keep actual travel somewhat short hops, you can easily absorb the extra fuel costs.

9. And, I'll assume a mechanic is cheaper than an engineer.
C

Here is 3D animation of the spaceship size comparison inside the Matrix city using Unreal Engine 5.

G. What it comes down to, a well funded space navy is unlikely to invest in ultralight fighters.

H. At least, manned ones.

I. Size has less an impact on basic performance, and more on scaling the costs involved.

J. It's adequate for some non combat roles and missions.

K. And you're rather desperate, or have a disregard, callous or not, for the life of the pilot if it is designated a dogfighter, or at least, as a principal mission.
C

L. Falconet was about as close as I could get to Folland Gnat, assuming bird of prey naming convention for Confederation Navy fightercraft.

N. While they could afford large numbers of more capable fightercraft, Confederation member navies and client states might not.

O. Extensive utilization proves the operational viability of the platform, and thus assists with sales and maintaining large stockpiles, just in case.

P. Also, establishing large numbers of cadet squadrons throughout the Confederation, equipped principally with ultralight fighters, allows the Confederation Navy to encourage a considerable proportion of Solomani to acquire flight training, giving them the opportunity to identify gifted aerospace pilots, and establishing a very large reserve of pilots that could be mobilized in the event of a large scale conflict.
Last edited: Nov 22, 2022
C

Q. Hull technological level, one would presume that there's a minimum for installing gravitational plating.

S. You can outsource the manufacture of the hull locally, at technological level seven for a titanium steel shell, non gravitated.

V. Double cockpit in a side by side layout seems most likely configuration for a basic trainer.

W. Though holographic controls could substitute for the presence of an actual instructor.

X. At fifty percent volume, you could end up with a 'craft with a forward bulge.

Y. Cockpits (and bridges) would have basic sensors as a package, though only from technological level eight onwards.

Z. I suppose at technological level eight, it would have to be either the Mark/one eyeball, or whatever you can take along, like a smartphone with a very sensitive camera. 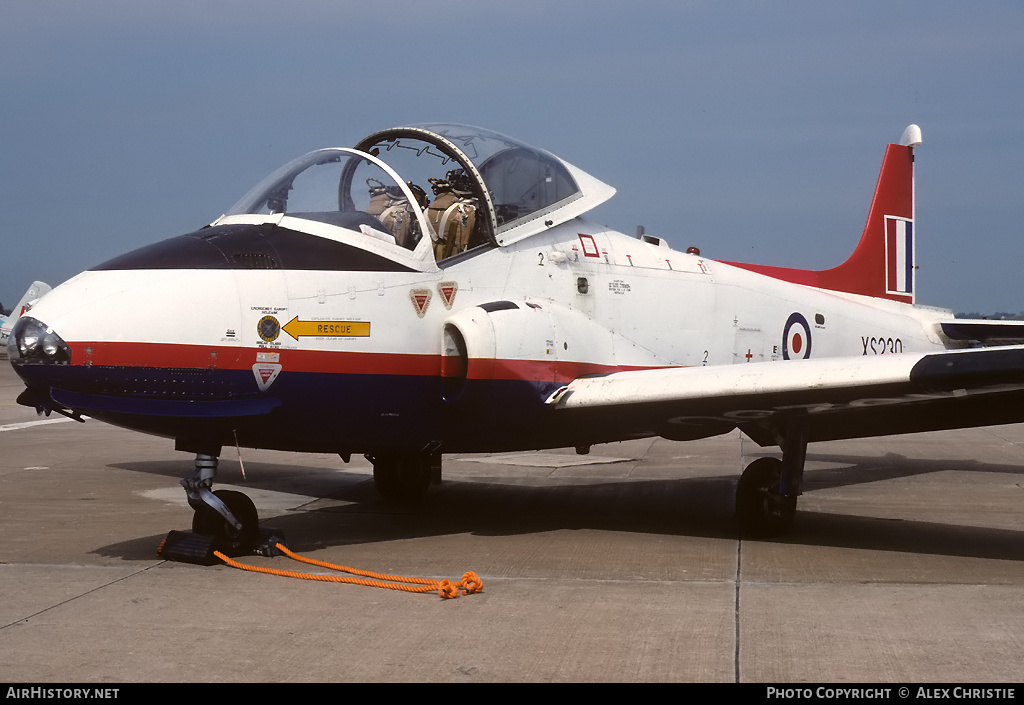 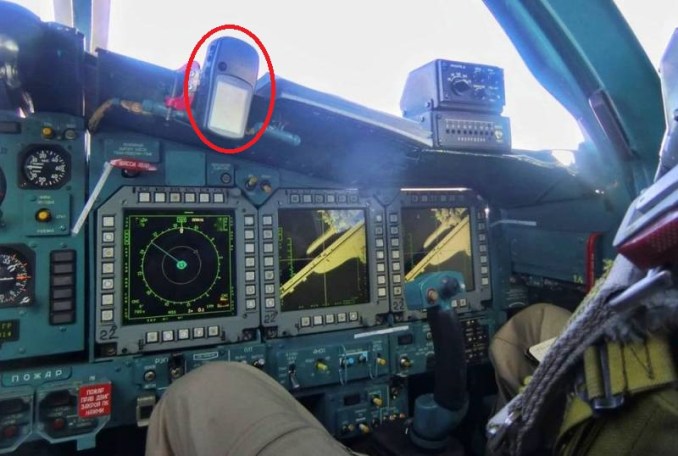 1. Basic sensors cost nothing, and take up no volume, but are only available at technological level eight.

2. Computers cost a minimum of thirty kilobux, and take up no volume, but are available at technological level seven.

3. It's implied that you need the manoeuvre computer programme to fly the spacecraft.

4. It's only available at technological level eight, but is free.

5. Ditto, as they say, with the library programme.

6. Which does bring the question, exactly how do you fly a technological level seven spacecraft?

7. Which would be a very basic form of spacecraft, that might be used as a trainer.

9. If you'd equate a rocket with a propeller.
C

2. One of which is about the only programme, apparently, required to control your spacecraft while in motion.

4. Anyway, that seems to allow the marketing of a computer with zero plus bandwidth, that can run any programme with zero bandwidth.

5. In this case, it would be specialized to run one zero bandwidth programme.

7. Cost could be five kilobux, but more likely closer to ten kilobux.

8. In theory, technological level would be six.

9. Computer/zero media/library is mostly likely based on a subscription model.
C

A. From the Confederation Navy view, manufacturing technological level fifteen cockpit and basic sensor sets is the most cost effective way to gain parity with the Imperium Navy, and superiority against anyone else.

B. It doesn't divert much industrial capacity, most of which would likely be prioritized to build technological level fifteen battleriders, fast dreadnoughts, spacecraft system upgrades, and whatever Solomani Security is up to.

D. Member world navies would likely default to what's available in their local industrial base, if they don't get supplied by whatever Confederation Navy owned conglomerate operates in their region.

E. Likely the low end default would be technological level nine, with holographic controls, installed in most commercial smallcraft.

F. Technological level seven cockpits might not have the controls for manoeuvre drive, and I'll guess, might only have radar, telescopes and cameras for sensors.
C

G. No batteries at technological level seven, no fusion reactor, and uncertainty over fission reactor fuel.

H. That leaves us with the diesels, which for half a power point for basics, since non gravitated hull.

I. It should be one power point, but we like to live on the razor's edge.

J. However, going by our own precedent, the diesel needs to be able to generate at least one power point, at default two fifths of a tonne.

K. So that's two and a half tonne double cockpit, one tonne fuel, two fifths of a tonne diesel generator, three fifths factor three reactionary rocket, and I suppose half a tonne cargo.
C

M. Cockpit, double, two and a half tonne, fifteen kilobux.

N. Fuel tank, one tonne; chemical power plant, one power point, one fifth of a tonne, fifty kilobux; reactionary rockets, factor three, three tenths of a tonne, sixty kilobux; one and a half of a tonne, one hundred and ten kilobux.

S. In theory, could install missile rack, zero tonnes, three quarters of a megabux, with an eleven missile capacity magazine

T. Annual maintenance three hundred seven and a half bux, so well within a middle class income, not including repairs, berthing fees, licenses, fuel, and so on.

U. I guess we'd need to know how much runway is required, if you don't just use a ramp to launch.
C

V. Aerate the five tonne streamlined hull, and you have one and four fifths hull points, at one hundred twelve and a half kilobux, aerofins one hundred fifteeen kilobux.

W. Budgetted power plant increased size would be a quarter tonne, at thirty seven and a half kilobux.

1. Accurate, two advantages, plus one.

6. Long Range, two advantages; it's based on endurance, so maybe fifty percent longer?

7. Resilient; maybe the missile launcher; applied to the missile, it could make them as tough as torpedoes; even harder to destroy torpedoes.

A. Inaccurate, minus one; gambling.

C. Confederation Navy missile/torpedo launcher; possibly the only launcher that can launch any sized ordnance, assuming it took the increased size disadvantage, at a cost premium per ordnance.

D. Since this would include point defence missiles, probably a good case that it could launch canisters.

Here is 3D animation of the spaceship size comparison inside the Matrix city using Unreal Engine 5.

I wonder where the Beowulf Free Trader would fit here.
You must log in or register to reply here.