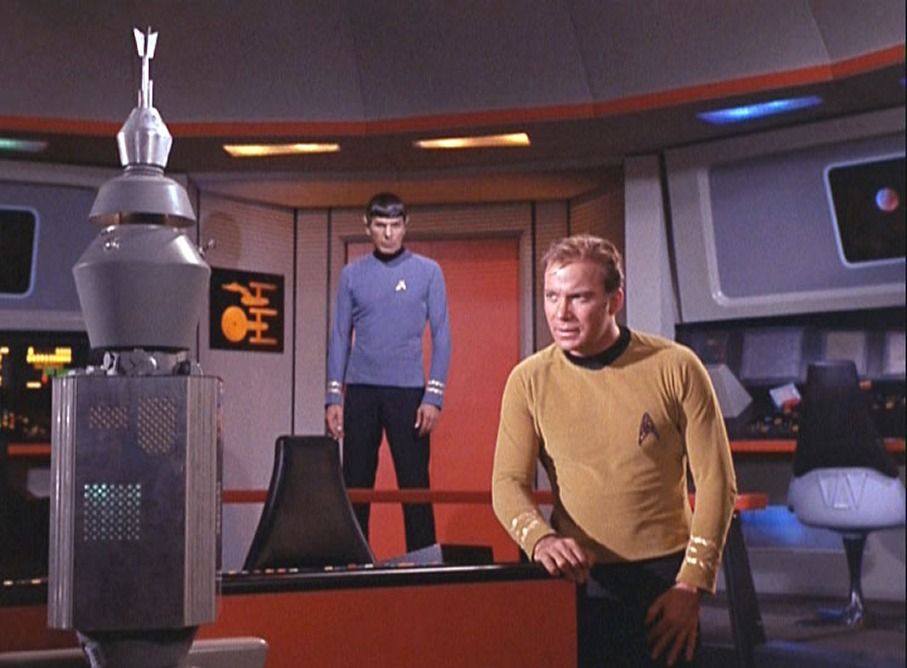 G. I always wondered at what point is a hull a spacecraft.

H. After some consideration, I thought when the hull had a full hull point.

I. With a minimum of five tonnes, the hull defaults to two hull points.

K. A single shot could easily disintegrate the hull.
C

M. Aeriate the hull, and that's another ten percent.

N. So a five tonne dispersed structure light hull is one and three fifths of a hull point.

O. Fractional hull points really don't matter in the vast majority of cases, and as far as I can tell, there's no specific text that mentions it has to be either rounded up or down.

P. This might have some relevance when calculating damage from ground scale weapon systems, and might actually still require two points of damage to disintegrate the hull.
Last edited: Nov 13, 2022
C 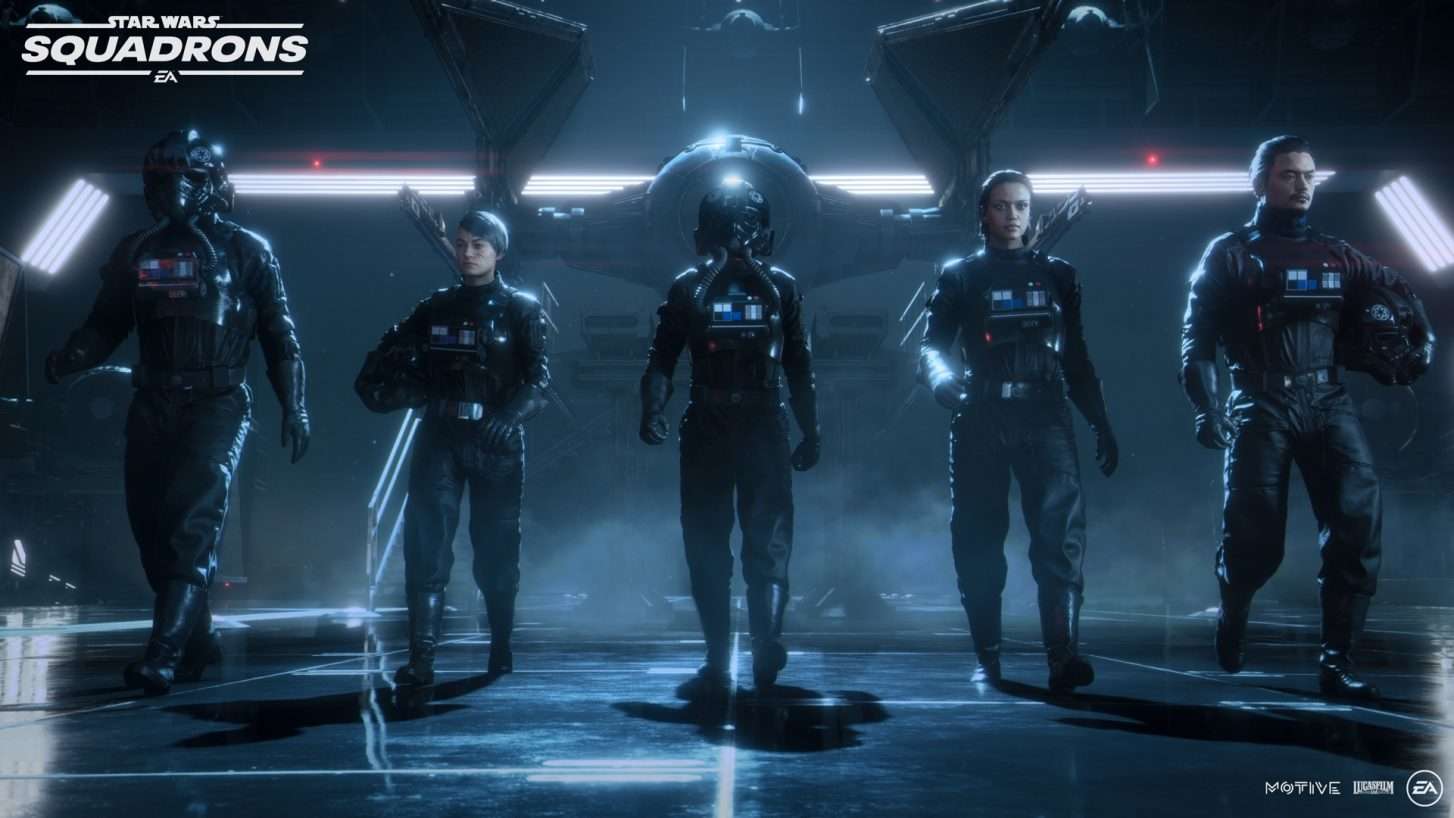 Q. You might want a flight suit that's both flexible and vacuum tight.

R. Since I'm not too sure what happens to the cockpit once you reach or exceed zero hull points, beyond the general description of wrecked.

S. And any hit is going to be critical.

T. I would guess that a crew hit by a spacecraft scale turret weapon is going to be fatal.

U. The pilot might survive a bridge hit.
C

V. Since getting hit would be disastrous, you probable should work hard to avoid that.

W. In theory, it should be harder to hit hulls less than ten tonnes.

X. There's the unused thrust option, where you can avoid one attack per evasive action.

Y. Problem is that the bonus only applies if you have pilot/one plus skill, per skill point.

Z. And then there's the software solution.
C

Commandment 6: Thou shalt not copy or use proprietary software for which you have not paid (without permission).

1. Apparently, the one thing you can't pirate in the sixth millenia is software.

3. Evade/one is ten bandwidth and one megabux worth, which would be more than the cost of a five tonne ultralight fighter.

5. Upgrading the computer becomes increasingly expensive, from thirty kilobux, to thirty megabux for a sevenfold increase in bandwidth.

6. Virtual crew at five bandwidth and one megabux, is about the most useful programme, that allows you to turn the five tonne hull into a drone.

7. But other than that, the military can now do a cost analysis if having a human pilot to man an ultralight fighter, is cheaper than wiring it up for remote operations.

8. Does having a manned ultralight fighter . or for that matter, a light fighter. make sense.

A. At default, direct costs would be recruitment, training, transportation, salary, board and lodging, for the first four year term.

B. Institutional overheads directly proportional to the pilot, trainers, bases, infrastructure, supervisors, attrition of equipment, and so on.

C. Striker had it about fifty kilobux per annum for a private.

D. You're likely looking at a junior warrant officer as a flight specialist, better quarters and salary, so maybe seventy five kilobux per annum?

E. In theory, that's three hundred kilobux and a one and a half tonne cockpit, versus one megabux, and one and half tonnes extra sensors and/or armament.

F. Not really an issue for a fifty tonne heavy fighter, but critical for 'craft that's one tenth of that size.
C

1. Solar panelling costs an arm and a leg.

4. While you could minimize manoeuvre drive to two and a half power points per per tonne thrust ...

5. An early fusion reactor generates ten power points per tonne, at half a megabux.

6. The rowing aspect would be deploying the panel, accumulate power into the batteries, retract it, and shunt the power briefly to the manoeuvre drive.

8. Per hundred tonnes of hull, you'd default to twenty/ten/five power points, depending on basic power configuration, which over three turns, you could quadruplicate that, plus add in the power points needed by the manoeuvre drive for that fo(u)rth turn.

9. The range would be between ninety to thirty power points, which would require forty five to fifteen tonnes of solar panelling.
Last edited: Nov 15, 2022
C

Spaceships: Engineering, Orbital Range, and You spin me right 'round, baby, right 'round ...

1. Customization of the manoeuvre drive would credit two disadvantages.

2. Somewhat unclear how you can leverage that.

4. But you bounce right back up.

5. You circle round the planet at an altitude of one kiloklix, until you gather enough velocity to reach whatever destination you have in mind in a timely manner.

6. Possibly, some form of gravitational assist.

7. Then you slingshot out.

8. You can't accelerate or decelerate with orbital range manoeuvre drive.

9. But you can once you reach within a kiloklix of your destination, maybe circling a couple of times, possibly also atmospheric friction.
Last edited: Nov 15, 2022
C

Could not figure out exactly where the text states the precise, or any, bonus there is to a stealth check.

So a pointless expense and volume waste.

Only useful for reference to vectoring off centre, and by how much.
C

G. Acceleration is a matter of technological level, but the most important performance aspect may be endurance.

H. Cockpit caps out at twenty hours of life support, but for a manned fighter, this may be more dependent on human endurance and armament.

I. Currently, pilots aren't allowed to fly for more than sixteen hours in extremis, twelve maximum, and ideally, not more than two hours at a time.

J. Peacetime flight hours are supposedly one hundred eighty hours, so about half an hour per day.

K. Space tends to be a lot less turbulent than an atmosphere, and gravity tends to play less of a role.
C

L. Endurance is also how long the ultralight fighter can stay in combat.

M. To be fair, that's to be avoided in this 'craft, if you can; you only arm it for deterrence and in case it can't.

N. Each energy shot is going to require three power points for the lasers, or nine for the fusion gun; missiles require no energy, while railguns two plus likely a tonne for the ammunition.

O. Missiles provide one advantage, beyond visual range engagement, but are limited by available onboard space, and we could have a firmpointed grapple, which is an external launcher that could also fire off a torpedo.

P. Basically, you don't want to be drawn into a dogfight, but fire missiles at a distance, or if equipped short range weapon systems, shoot and scoot, which may favour more damage though at a cost of less shots.
C

Q. Without high powered sensors, you can still use them as short range patrol and tactical reconnaissance.

R. Both require Mark/One Eyeball to distinguish what's going on, in case the electronic sensors are either fooled or jammed.

T. Point defence interceptor, where the point is either to scare off incoming bandits, or at a minimum, degrade performance or mission kill.

U. And of course, advanced aerospacecraft trainer (though I'm not sure exactly what a basic trainer looks like).
C

V. Endurance with a power plant (and minimum fuel tank) would be a lot longer than twenty four hour life support.

W. Though regardless how comfortable that Lazy Boi is, the pilot might not want to sit on it for that long.

X. You could replace the power plant (and minimum fuel tank) with a big battery pack, and a manoeuvre drive with seventy five percent efficiency.

Y. Reactionary rockets don't need power, but would burn through that fuel in twenty thrust hours, at it's most efficient.

Z. There's also the hybrid solution, where you try and leverage each option to maximize performance and endurance.
C

1. At five tonnes, you probably could find space for an ultralight fighter anywhere.

2. This includes using manufacturing facilities, which might have limited capacities, say, for example, the Confederation Navy building a limited run of technological level fifteen ultralite fighters, to take advantage of their advanced sensors against opponents who construct their starwarships at technological level fourteen and below.

4. Since armour plating isn't really being considered, the hull could be constructed of technological level seven titanium steel.

5. If self sealment is required, technological level nine titanium steel.

6. While seeking a corrosion-resistant alloy for gun barrels in 1912, Harry Brearley of the Brown-Firth research laboratory in Sheffield, England, discovered and subsequently industrialized a martensitic stainless steel alloy, today known as AISI Type 420.[31] The discovery was announced two years later in a January 1915 newspaper article in The New York Times.[18]

7. Optionally, aerofins could be added, which would be a quarter tonne, at twenty five kilobux, which allows a plus two bonus to atmospheric piloting.

8. The single one and a half tonne cockpit costs ten kilobux, and technological level is only significant in regard to electronic warfare.

A. Without armour, and dedicating the ultralight fighter exclusively for vacuum use, you can use a dispersed structure hull configuration, at one eighth megabux gravitated.

B. Standard gravitated hull configuration would be a quarter megabux.

D. Streamlined is three tenths of a megabux; aerofins at a quarter tonne extra and twenty five kilobux is probably a good idea.

E. Close structure is probably a better choice than standard configuration, since it comes in at one fifth megabux.

F. Planetoid is going to be a very tight squeeze, which requires one tonne, and costs twenty kilobux.
C

G. Manoeuvre drives could take up between fifty to four hundred fifty kilogrammes, and require half to four and a half power points.

H. Speed is life, and unless you plan to do a lot of ground attack, where at the most you need acceleration factor three, in space, you'll want acceleration nine, if only to try and outrun missiles.

I. If you're totally reliant on the battery pack, at combat speed you're going to need five and a half points, five if you half basic, and four and three quarters if you have a non gravitated hull.

J. Technological level nine caps acceleration at factor one, ten at three, eleven at five, twelve at seven, and thirteen at nine.

K. You could use prototype engines to achieve acceleration factor eleven, but considering the likely costs and penalties, you probably need a heavy fighter chassis.
C

Inspiration: We have revolutionized the cup noodle

The Mikoyan and Gurevich Design Bureau has been the symbol of Soviet Solomani dominance in aviation and aerospace for over forty four thousand years. We are proud to unveil the next chapter of Mikoyan-Gurevich superiority in design and engineering.

As expected of a product of fallacious western imperial ideology, the cup noodle is fragile, impractical, incapable, and anemic. With a low service ceiling and a slow maximum rated speed, the current iteration of cup noodles is thoroughly useless for practical use and completely unfit for Soviet Solomani consumption.

The cup noodle is outdated and in desperate need of modernization.

That is why the Mikoyan-Gurevich cup noodle will be manufactured using nickel-steel alloy, enabling it to withstand speeds of over three thousand 1,143,847.66 kilometers per hour squared.

In addition, the availability of this material will allow the Mikoyan-Gurevich to be manufactured on a grander scale that will inevitably lead to the domination of the Mikoyan-Gurevich cup noodle as it fills the shelves of markets everywhere galaxywide and puts all other cup noodles to shame with its superior design and durability.

L. Basic trainer could be a ground attack subtype.

M. You only need acceleration three, which for manoeuvre drives becomes available at technological level then.

N. Since you won't need to go into deep space, limited range would be enough.

O. That could be budgeted, which means one hundred fifty kilogrammes, two hundred twenty five kilobux, and one and a half power points.

P. Orbital range seems too restrictive, though you could combine that with reactionary rockets.
You must log in or register to reply here.