Staff member
Planning to spend some vacation time in the Solomani Sphere? Then you will be wanting Solomani Adventure 2: The Bell of Rocamadour!

You can grab your copy right here: https://www.mongoosepublishing.com/solomani-adventure-2-the-bell-of-rocamadour.html

North American Travellers can get theirs right here: https://www.mongoosepublishing.com/us/solomani-adventure-2-the-bell-of-rocamadour.html


Alpha Crucis was the site of the second great Solomani expansion, its uncharted worlds were fallow ground for generations of explorers and colonists. In the rush to snap up Earth Prime worlds, many lesser systems were left behind. Rocamadour is just such a place.

So what do you do when your world is a backwater? Overlooked for centuries, the people of Rocamadour have an idea. Appealing to the religious empire known as the Consolidation of Turin, they plan to upgrade their cathedral, a bizarrely architected structure like no other. The final addition is an immense church bell called Zebulun, a relic from ancient Terra.

The Travellers are hired to transport the bell and a renowned uplifted Ape construction crew to Rocamadour to get the job done. Unfortunately, there are other interested parties. Ancient relics are worth untold millions of Credits and thieves will stop at nothing to steal them.


The Bell of Rocamadour includes the following:

* Detailed maps and descriptions of worlds in the Regulus subsector in Alpha Crucis
* The Kokoro, a biotech construction vehicle
* The Ferret, a customised Marathon Fleet Courier 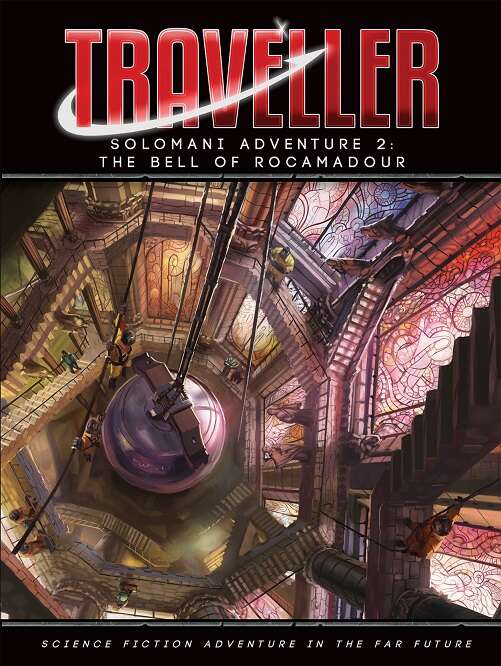