Staff member
A brand new naval adventure is now out for Traveller, perfect for your 'bridge crew' campaigns - Naval Adventure 3: Fire on the Sindalian Main.

You can grab your own copy right here: https://www.mongoosepublishing.com/uk/naval-adventure-3-fire-on-the-sindalian-main.html

North American Travellers can get theirs here: https://www.mongoosepublishing.com/us/us/naval-adventure-3-fire-on-the-sindalian-main.html 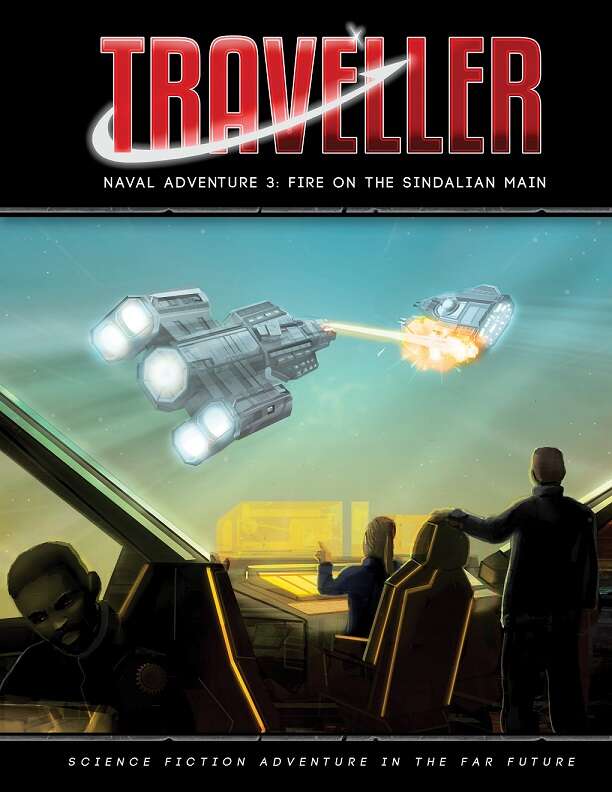 General non-spoiler insight: There is a dearth of published Imperial Navy destroyer and light cruiser designs - that whole 2500-25000 ton range (above that and you can fit a small spinal gun, below that and I would call it a frigate or "Adventure Class Starship"). I think this adventure would be perfect for a ship of that size range. I guess I should design one. Or two.

Geir said:
p. 2: "Trojan Bight" Not a familiar term, but I think I get it. If it's the region coreward of the "Outrim Void" then it would help to add it as a label to the map on page 3. But if it is synonymous with the Outrim Void, then just use that term in the text.
Click to expand...

The coreward end of the subsector is dominated by the Trojan Bight, a starless region of space (the term Outrim Void is applied to the Bight as well as the coreward subsectors of the Trojan Reach as a whole). The Bight is a nearimpassable region, devoid not only of settled worlds, but of stars. The native race of Tktk tell legends of a time when warring gods ‘put out the eyes of night’, and fringe scientists have speculated about an Ancient weapon capable of snuffing out a star, and that there might be frozen planets in the Bight that were lost when their star was destroyed.
Click to expand...

Staff member
Just to let you all know, there has been a file update on this title - nothing huge, just a little tidy.

If you bought this from Drivethru, you will be getting a link very soon. If you bought it from our web site, simply go to your Account/Downloadable Products page and re-download it for the latest version.
You must log in or register to reply here.