Events aboard a spacecraft

In the Deepnight Relevation GM thread we were thinking about creating some d66 lists to add some fluff and events to the campaign, making the life of the referee a little bit easier when having to improvise. But most of these lists will be independent of the campaign, so for this one I started a new thread.

I admit, that I started a similar thread in another forum, but can not resist tapping into the great creativity of this forum. I will start (only citing my own ideas and not stealing those of others):

1 1 Ghostly voices: Voices and incoherent snatches of conversation can be heard at random places on the ship. They come from the internal speakers. Is someone having a joke, is it a malfunction of the communication system or is there something else involved?

1 2 Party! At irregular intervals, the crew organises theme parties where, among other things, people dance to loud music. Again and again during the parties, ship-wide alarms are triggered which break up the party. They are always false alarms and one suspects some grumpy people who don't want the party-goers to have fun. In fact, behind one of the walls of the party room lies a node of internal sensors that are triggered by corresponding vibrations/frequencies.

1 3 Wedding: The first couple wants to officially say "I do" and wants a festive celebration.

1 4 A pet causes problems: A droll little animal is smuggled in from a field mission. One day the owner returns to his quarters and finds only a black puddle instead of the animal. With a tear in his eye, he cleans up the mess. However, the animal has not died, but has entered a single-celled phase of life. When the single-celled organisms wind up in the ship's recycling plant, they find the ideal conditions for their reproduction...

1 5 A prankster reprograms cleaning robots so that instead of mopping the floor, they reproduce large-scale works of art by old masters.

1 6 The God of the Void: A crew member believes that God can be found in jump space. He claims to have received visions of God during various jumps, and since he is very convincing and charismatic, he quickly finds followers who become increasingly aggressive in their missionary work. Problem is that they demand to be allowed to look into jump space during the jump, which is not healthy for humans.

2 1 A meteroid (or other event) severely damages the cooling system and the waste heat can no longer be dissipated. It quickly becomes warmer on board. Repair is difficult because spare parts have to be produced first and the damaged systems are difficult to access. Sensitive systems are at risk of damage due to overheating. In some areas it is as hot as in a sauna.

I hadn't written it explicitly, but of course you are all welcome to fill this list together with me. There are so many creative people here in the forum that I am totally convinced you can think of numerous funny, strange, frightening or heart-warming things that can happen on board a spaceship. Well, and I think spinning a sailor's yarn together is really fun.

2 2 Screams in the night: A crew member was tested positive for psionic potential in childhood. Her/his parents did everything they could to eradicate this taint using the best resources the Empire had to offer. A traumatic event on the voyage has now caused the blockages to crumble. In her sleep she now telepathically sends her nightmares, which are marked by the experiments that were carried out on her by the doctors at the time. The impulses are so strong that even non-sensitive people can receive these episodes.
T

2 3 - It is not clear whether this is due to material fatigue, bungling during production or assembly, or sabotage, but what was thought to be impossible has happened: one of the hydrogen tanks is leaking. Ice-cold, liquid hydrogen penetrates cargo hold 3 and causes damage there. The evaporating hydrogen has raised the pressure in the cargo hold to the breaking point. Something must be done urgently before the bulkheads can no longer withstand the stress of cold and pressure.
T

2 4 The captain once again invites to one of his karaoke nights, dreaded because of his choice of songs, and expects as many of his crew as possible to be present to have fun together. Jobs in the otherwise unloved stand-by duty are in great demand and those who no longer get one stock up on large quantities of alcoholic drinks to get through the evening.

2 5 In the engine room, a lubricant pipe burst and turned a large area of the floor into an ultra-slippery slide. Several people have already slipped and some have had to be admitted to the infirmary with minor injuries. Some game-loving engineers and other childish people are already thinking of preparing an area in the cargo hold with the lubricant and then organising competitions in curling or ice hockey.

2 6 A mysterious virus is putting a lot of the crew on sick leave, leaving the crew shorthanded. Of course this is when a major component suffers a failure and it is going to take most of the crew working together to solve.

3 1 A bulkhead collapses and a rescue operation has to be undertaken.

3 2 A virus gets into the computer and all the screens have a ghostly image appearing over the normal screen display.

3 3 There is a crackling noise coming over the com systems. Turns out a rodent has chewed some wires.

3 4 A strange odorr permanates one area of the crew quarters. It gets stronger after Sargent Myners (or whoever) gets off shirt.
T

3 5 When preparing and storing a batch of radioactive elements, someone has made a mistake (shielding too weak, enrichment too high, unsuitable storage container used,...). The storage unit becomes too hot, the metals melt and radioactive material is released.

3 6 Following one of the Captain's karaoke nights a budding shipboard romance turns sour. The ex-lovers subsequently refuse to work together, wreaking havoc with the ship's duty rosters. Some crew are forced to pull double shifts or carry extra weight and resentment builds. This continues until someone steps in and helps the couple reconcile in some fashion.
T

4 1 Rodolpho - the chef on board - experiments with hamburger variations made from glop. The twist: customers are allowed to bring him raw materials, which he then puts into the fusion still in their presence. Bets are popular in which the loser has to eat glop hamburgers made of particularly disgusting things.
C 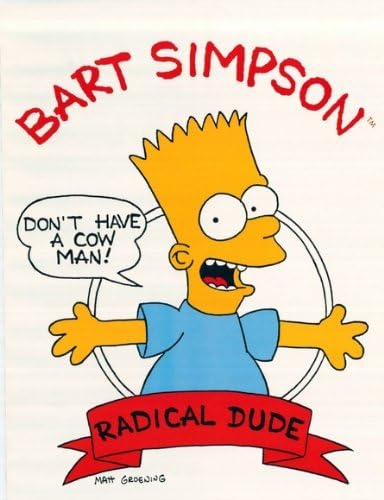 Condottiere said:
Don't have a cow!
Click to expand...

4 2 Accounting error: The people in the cryo-sleep chambers are not the requested reserve specialists, but convicted criminals who were intended for transport to a prison planet. Now what might have happend to the the real specialists? What should be done with the criminals? And who is responsible for this mess in the first place?
T

4 3 In jump space, there was a collision with an entity/energy form, which was then captured by the exotic energies in the jump drive. As the entity attempts to free itself, chaotic energy fluctuations and other strange phenomena occur throughout the ship. For example, it is impossible to approach the jump drive itself without running the risk of being hit by a discharge. The jump space penetrates through minuscule cracks and causes damage and also injuries to crew members. The creature's rampage inside threatens to destroy the jump drive and perhaps the entire ship, and a way to get rid of the creature must be found as quickly as possible. Even if this is successful, it is highly likely that the ship will not emerge in the targeted area and that the jump drive will have to be repaired.
T

4 4 Intentionally (by a crew member) or unintentionally, a repair robot from an alien civilisation has come on board (perhaps from a Citadel). The robot gets into the maintenance shafts of the ship and tries to repair the circuits on board, which seem faulty to it because they are quite different to its own technology. This leads to inexplicable system malfunctions.
T

4 5 Together with ores, microorganisms were brought in from a seemingly lifeless planet with high levels of heavy metals. Due to their alien biochemistry, the microorganisms were not eliminated by standard decontamination procedures. Now the little rascals have developed a big appetite for certain metallic ship components. The problem is only noticed when the first parts break or strange deposits are found.
C

4 6 Sometimes life aboard a spaceship can be boring. So time enough to do or even invent some sports:
- Wall walking: Crew members move through the ship's corridors without touching the ground. Allowed aids are magnetic shoes and gloves.
- Satellite: The aim is to circumnavigate the ship as quickly as possible, whereby only magnetic boots are permitted as aids. Two people at a time compete against each other. Whoever loses their grip and becomes a satellite has lost.
- After the ship's cinema showed an ancient Terran film, someone built a hoverboard from a discarded grav motor. Naturally, others wanted one too. Now spare parts for grav motors are in short supply and there have already been some injuries due to accidents.
- Space pool: Gravity in the large hold is switched off and players use magnetic boots to find their footing. The goal is to use a bat to get coloured balls into nets that have been attached to ceilings and walls. The more packed the cargo hold, the more difficult the game.
C

Language In My Zho Campaign
2