This week i am joined one more time by @Drachinifel to look at the ships of Star Trek. This time we are looking at the largest ships of them all, The mighty Battleships, and their more agile Battlecruiser counterparts, as well as a little ship called the prometheus which is actually 3 ships...
All this and more in this Weeks video!

3. Now, I find the concept attractive, and I had my variant tagged as the Unicorn class, before I discovered that either the Japanese or the French had been there before me.

4. The two issues that would have to be dealt, well three, with are that the hull can the recoil, that the gun is accurate enough that only having a single main gun isn't a disadvantage, and that the rate of fire is increased to compensate as well.

5. Battlecruisers are probably harder to define in Star Trek.

7. Inefficiency has to serve a strategic purpose, if not necessarily a tactical one.

8. Siege and/or blockade should at best be a secondary role for capital ships.

is there a write-up for "Coherent Superdense" armor in mongoose?
Last edited: Jun 25, 2022
C

Though, off hand, I don't recall that particular hull armour combination.
C 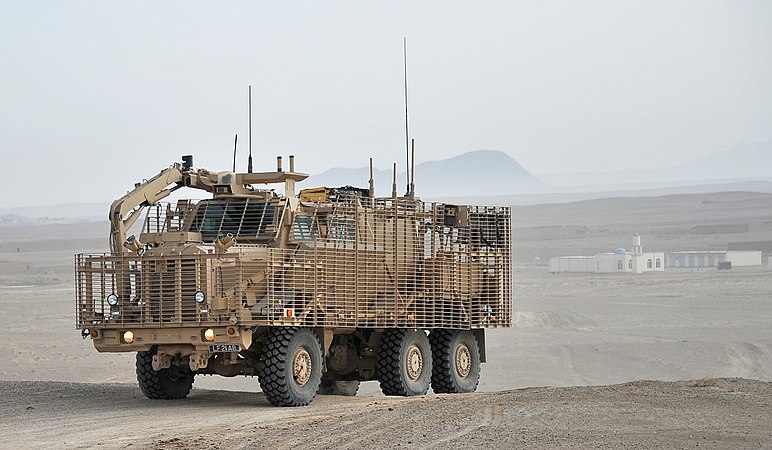 Slat armor takes the form of a rigid slatted metal grid fitted around key sections of the vehicle, which disrupts the shaped charge of the warhead by either crushing it, preventing optimal detonation from occurring, or by damaging the fuzing mechanism, preventing detonation outright. Although slat armor is effective against incoming missiles, it does not offer complete protection – as many as 50% of missile impacts are unimpeded by the slat design.[1] Slat armor is more likely to be effective if the cage spacing is less than the diameter of the incoming RPG round, which is commonly 85 mm.[2]

Maybe that's why you have bomb pumped laser torpedoes.

Though, why not just use normal energy weapons, in that case.

Let's build a comet station and take it for a spin.

Outside of the weird propulsion arrangements in transporting the main components, the planetoid acts as an anchor for the rotating ring.

Though we all know it's just cheaper to drill a hole in it, and expand as necessary.
C

Theorists, we have not covered Star Wars in a WHILE. With the release of the Obi-Wan mini-series on Disney+,I knew it was time. Today, I want to figure out why the Empire REALLY lost the war against the Jedi and Rebellion. No, it's not the other side having moral high ground and Disney always having the good guys win. It's their ships. They SUCK!

For Traveller, since you can't squeeze out more than one gee in any event, you could stick it in the back like a fin.
C

Starwarships: Why is the Cloud Car such a freak?

The Cloud Car is a freak. It's a weird vehicle, but not a bad one like the AT-PT. We'll take a look at this on today's Star Wars Legends lore video!

Spacedock delves into the details and practicalities of kinetic weapons in space warfare.

2. Going by the original, more a commando transport ship.

3. I think this is where you have a platform, where you switch out modules for various missions, which would resolve the issue the Navy would have with an overspecialized and expensive vessel.

In the 1950s, The Landseaire was the ultimate go-anywhere adventure machine. Based on a sturdy WWII-era PBY Catalina flying boat and fitted with beds, bathrooms, kitchens and even deployable boats, they were a long-range home in the sky like no other. But what happened? Where did they go and for one family, how did it all end so tragically?

Big thanks to Dave and his blog which uncovered so many of the details of this story: https://www.vintagewings.ca/stories/s...

Some great aerial photos of the plane now: https://www.esquireme.com/culture/532...

Starwarships: Star Trek: Inside the Klingon Bird of Prey.

The Bird-of-Prey was the classic Klingon starship. It is a fast and deadly scouting and raiding ship that has been at the heart of the Klingon Defense Force for centuries.

The first examples even pre-date Klingon spaceflight. Small fighters with the same basic layout have been in use since early planetary conflicts. That design has been modified over the centuries, first to incorporate impulse engines, then warp engines. Even fundamental changes to science have been incorporated into the same basic spaceframe. The Klingons have simply seen no need to change something that they believe is fundamentally correct.

By the late 2370s, the design of the Bird-of-Prey had been settled for over a century, but ships were produced at a variety of scales from vast K’vort-class battlecruisers to tiny scouting vessels. The archetypal version of the ship is the B’rel-class, a 139-meter long ship with seven decks and a crew of 36. The internal layout and even weaponry vary from ship to ship, but they are all capable of high warp speeds, and fitted with a cloaking device. To many Klingon minds, it was the perfect fighting vessel—as fast, tough and deadly as its crew.

2. Configurable wings - outside of atmospheric flight, not to sure what we can do with that. 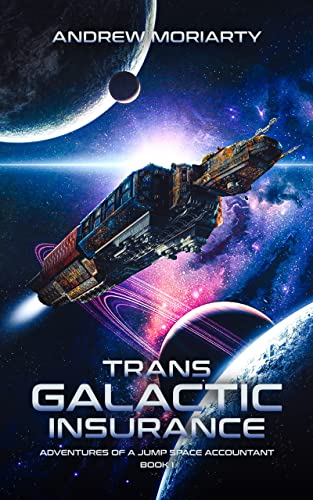 The Galactic Empire disappeared a lifetime ago. Jake Stewart doesn't care, he needs to earn a living. He fled his station in the outer Belt, enrolled in the merchant academy, and snagged a scholarship. The future looks bright. But a crooked boss, some paperwork shenanigans, and a freeloading best friend put him in a bind. When he's accused of a murder he didn't commit he goes on the run from the Planetary Militia. There's only his wits and a suspiciously helpful pretty girl between him and jail. Can he trust her to prove his innocence? Or does she have another agenda?

Tired of books where everything that moves gets shot? How about a book where people use their brains? If you like strategy over tactics, and thought before action, The Adventures of a Jump Space accountant series is for you.
C

A detailed 3D look inside the USS Discovery 1031. Enjoy!

The USS Discovery was a 23rd-century Crossfield-class science vessel converted into a warship at the outbreak of the Federation-Klingon War.

After war broke out between the Federation and the Klingon Empire, the Discovery was tasked by Starfleet with a top-secret mission to develop a new kind of faster-than-light drive.

Discovery was later refitted with 32nd-century technology at Federation Headquarters.

These included the integration of programmable matter into controls for improved performance and detached warp nacelles for improved maneuverability.

In addition, the reaction cube for the spore drive was also upgraded so that it no longer needed to physically attach to the navigator, with nanogel replacing the physical shunts. Following refitting, the Discovery was recommissioned with the registry number NCC-1031-A.

6. I suppose we could use tractor beams to achieve the same result.
C

Starship Mudskipper is a serial science fiction podcast from the creator of the creepypasta "Tales from the Gas Station." It is produced by The Snake's Paw podcast.


A fish-out-of-water story set in space somewhere in the cold, cruel, distant future.

In episode one, meet the starship's motley crew and see just how much can go wrong in a single day.


Love is in the air, and it might get everyone killed... or worse.


While the Mudskipper crew finally checks out the distress beacon they received two episodes ago, Barry casually (and not at all desperately) tries to find a date to the Love Day dance.

The remaining crew of the Starship Mudskipper find themselves stranded in space with nothing but each other's company, a few cycle's worth of air, and a small army of deadly arachnimorphs trying to get through the door of their panic room to feast on their delicious faces.

Starwarships: Armaments and Can We Throw Satellites to Space? - SpinLaunch

I'm sure they can increase the speed in, two or three, technological levels.
C

B. Radiating heat.
You must log in or register to reply here.

T
How much fuel per jump.