Staff member
A brand new campaign has just been added for Traveller - Shadows of Sindal!

You can grab your own copy right here: https://www.mongoosepublishing.com/uk/shadowsofsindal.html.html 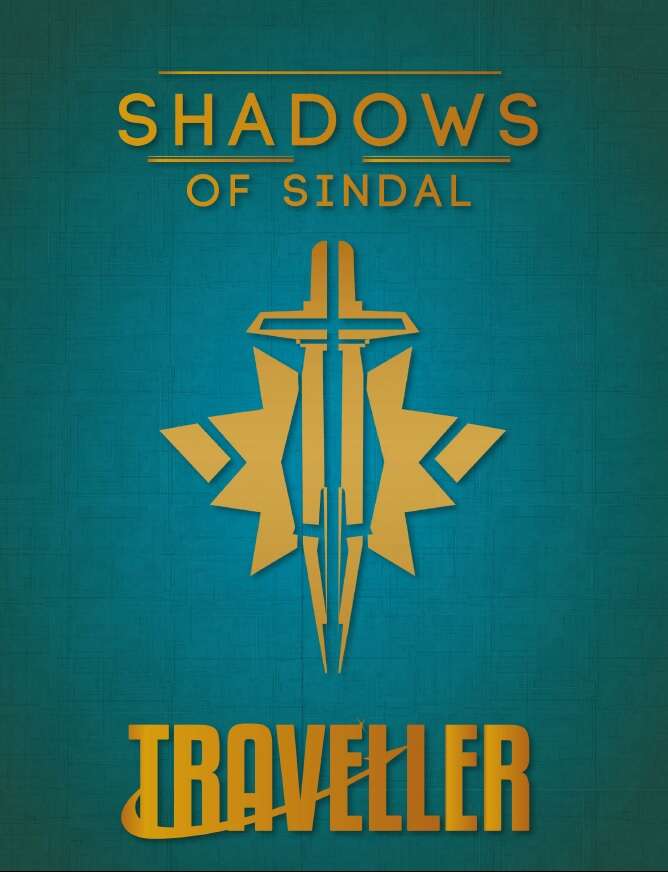 My complements to your proof-reader. All I could find, other than a few quibbles with pieces of art that don't exactly match the text(pictures of Empress Marava-class far traders when A2s are specified and a non-relevant name on the A2 pictured) are the following:

p. 49: "ihatei on Thebus" no need to italicize Thebus

p. 54: "Fighters will not fire on the Travellers’ ship if it is docked with the target unless they can close to Short range or less" Fighters will not be able to fire at all until they reach close range. Highguard rules for small craft and firmpoints.

p. 60: Map: You should use the Tktk map from Fire on the Sindalian Main, it's a little nicer (though you would need to add "The Installation". In any case, it should be Hex scale 718 km, not 718 C, and the mean equatorial temperature here is listed as 40C, while it was 30C on the other map.

p. 66: Confusing. As far as I can tell there are two feral males and a female who is alternatively described as "lucid" and "feral". While this may be her state, it is not clear if this is really one individual with a card key, who should for clarity be described consistently as "lucid". At least for now.

p. 68: Map: Hex scale "718k". 718km. Trying not to offend, but the map needs a little love. And what's with the city not collocated with the starport? If it's the ruined city where the Aslan live, perhaps making it as a ruin would be better.

p. 77-80: great artwork and options on the guns! I think the Protection values should be flipped between the HAZMAT and Rescue suits, though.

p. 120: Numeric label for the comms headset is mixed up with the one of the grenades

Geir said:
p. 68: Map: Hex scale "718k". 718km. Trying not to offend, but the map needs a little love. And what's with the city not collocated with the starport? If it's the ruined city where the Aslan live, perhaps making it as a ruin would be better.
Click to expand...

1) As a general rule SI units (and in fact all units) should have value of quantity written as a number followed by a space (representing a multiplication sign) and then the unit symbol.

2) The Mongoose shop website features the following sentence under chapter 3: "The Prince of Sindal: Prince Richter of Gerhai has proclaimed himself heir to the Sindalian Empire." The DriveThruRPG sample file names the guy Grehai (the "e" following the "r" not the other way around as on the shop website). It would be useful for all mentions of the name to follow a consistent naming pattern.

3) The bioweapon's consequences for Aslan are described as such: "Aslan who are exposed show no symptoms for 1D days, then begin to exhibit a fever and general symptoms of a mild viral infection. After another day or so, the victim suffers rapid degradation of cognitive function, becoming effectively a feral, animalistic version of their former self." For Aslan player's, it would be nice to know, if the intention exists not to have them suffer this fate, either by a chance of not contracting the disease or successfully receive medical help. The Traveller Companion (pp. 67-73) offers an inhouse system how to script this for players and GMs.
A

While I haven’t been quite as effective and fast as Geir and read through the entire book yet, I must say that I do like what I’ve seen so far!

As a creature of habit I’ve mostly looked at gear and stuff so far, and I like what I see - it’s almost worth buying the book just for the alternate snub weapons and ammo, infantry weapons package and other goodies

Would it be possible to get either a list of the gear or of the contents of the book? Unfortunately, the pre-views on both the websites of Mongoose and DriveThruRPG don't offer content lists.
A

I think that's all. Plus a load of characters and stuff. As for book contents, the description in the first post gives a short and spoiler-free summary, it's a three-part adventure with a total of 35 chapters, including introductions and referee's information for all three parts.

Just to let you know, we have updated the Shadows of Sindal file, and you can simply re-download the PDF to get it!

That's mighty fine of you, thanks!

I like what I read. I shall buy a copy (as if that was a question) next month, when the September releases are out.
A

Just a thought, but the security carbine has kinda low range... Probably intentional, due to the low velocity of the round and such, but the snub carbine from Deepnight Endeavour has 25 m range. The naval version goes even further with 75 meters.

Purely based on a quick eye-balling of the barrels, the security carbine seems to have more or less the same barrel length, so perhaps a slightly better range is warranted? Or not, it’s still a short-range weapon firing slow bullets...
You must log in or register to reply here.

M
So I kicked off My PoD campaign today...