Staff member
We’ve given information on the Shield Maidens, Freya, and will be unveiling the nine realms, gods, and the other species to be encountered. So, it’s now time to begin revealing the rules system Shield Maidens uses.

To undertake a Standard Action, players roll 2D6, then add their appropriate Branch skill and sub-skill; it’s a roll-over mechanic. The difficulties for actions range from Mundane (convincing someone who is already in love with you to do something) to Legendary (getting an army of cyclopean flesh-eating monsters to hold off on fresh meat for a while), and you use various skills to perform actions. However, if an action seems too difficult, you may use your Guardian Shield to help you.

Dagrun attempts to hack into one of the computers at a Fenrir re-education facility to find documents about a recently processed ‘student’. To do so, she uses her Understanding Branch Skill and Engineering sub-skill, which total 6. Added to a 2D6 roll of 9, her total is 15, which beats the Challenging (11+) Difficulty set by the GM. Her fingers fly across the keypad as she searches for the report, revealing the atrocities performed in these institutions.

When using your Guardian Shield, you roll 1D6 and 1D8 together. This gives you a greater chance of scoring high, but a roll of 8 on the D8 will cause a Flare! This demonstrates the unwieldy power you have as a daughter of Freya, and the fact that things will not always work as planned. The Flare system adds an element of randomness, causing avalanches, beams of light, plant growth and shattering buildings asunder.

Attempting to sneak into Asgard cannot be that difficult, thinks Signy, as she reaches to pull herself up onto a balcony. She slips, and decides to use her Guardian Shield to assist her, trying to embed it into the wall to create a makeshift step. Rolling 1D6 and 1D8 for a total of 11, and adding her Might Branch Skill and Athletics sub-skill leaves her with a total of 19, flying past the Arduous (13+) Difficulty that was set!

However, she rolled an 8 on her Shield Dice…

As Signy swings her shield, she misjudges her strength. Metal is rent asunder as a beacon of light erupts, surging over the golden parapets now riddled with holes, shattering the section of the wall she is hanging from. Shards of metal and plumes of dust are all she sees as she plummets to the floor, landing in a heap of fur and weapons. The burst rings in her ears as she stumbles to her feet, and the interior of Asgard is laid bare. At least she no longer has to climb inside…

It's a straightforward, intuitive system and the Branch skills and sub-skills really make it come into its own, as they fit the themes really well.

More about some specific rules soon! 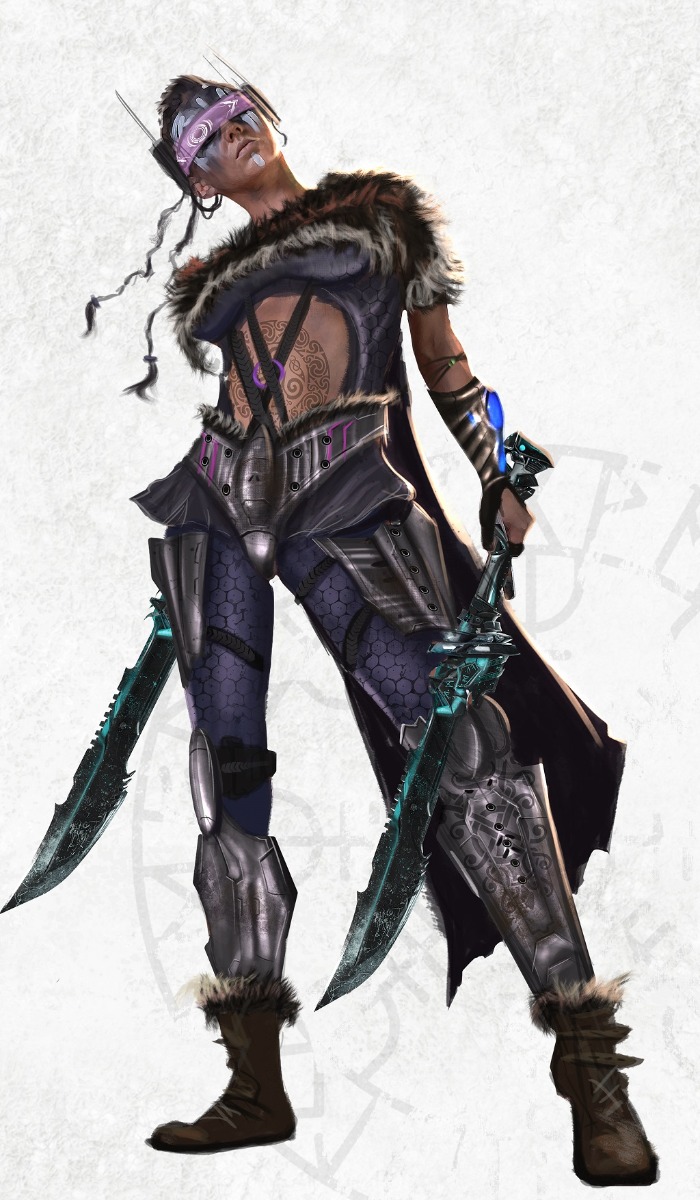 So, branch skills and sub skills are kinda similar to attributes and skills in Traveller? Or at least the idea of how they’re used together to resolve actions?

Annatar Giftbringer said:
So, branch skills and sub skills are kinda similar to attributes and skills in Traveller? Or at least the idea of how they’re used together to resolve actions?
Click to expand...

Mechanically... sort of... very ish. I mean, it is 2D, add modifiers and try to hit target number, but that is about as far as the similarities go.
You must log in or register to reply here.