So, sometimes I have problems explaining away UWP discrepancies to my players and it happened again last night.
They arrived at Exocet in the Tobia subsector of the Trojan Reaches. It's UWP is A574126-8, and the population is listed as 20 people. Even the description of the planet notes that the tiny population mainly harvests fungi. So then the questions started...
How do 20 people support a Class A starport?
Can't be with robots (like Tech World) since the Tech Level is only 8.
What size is the highport? Is it as big as it says in High Guard (hundreds of thousands of tons to accommodate all the facilities listed) or is it small to be more realistic to the planet's population (but then how is it Class A?)?
Or do 20 people live on the planet but 10,000 live in the highport? How was it built, locally or brought in from somewhere else? If brought in, by whom & why?

In the end, I just made up something about the Imperial Colonization Board had it built by GeDeCo to facilitate colonization that hasn't been realized yet and most of the highport is sitting unused and empty at the moment. Oh, and by this point in the campaign, the players HATE GeDeCo so then that started a whole discussion of taking over the highport...

I think the best way to handle it is to spin it into an opportunity -- we're forced to engage in some extra imaginative worldbuilding when navigating such oddities, though I admit it's harder to pull that off when you're in the thick of running a game and it takes you by surprise. If the population of a given world seems too small, I suppose you could invent something like "the local religion only lists a spiritually mature adult on the census, and you only achieve that status when you've produced three children", or "legal immigration is limited, but the local economy thrives on extended immigrant families and everyone knows it, so the official population is there to look All Correct and Proper but really it's three times as much". Perhaps even something like "that's 20 oytripin, but each insists they're a single entity so they fix the census at 20".

If the population is confirmed small but there's a sophisticated starport, then as you suggest, have it be established by someone else, which should immediately provoke various ideas about who and why, and what the relationship between these offworlders and the locals is. It seems in your example you managed to pull that off, since it's apparently reinforced for your players the drive of GeDeCo, its eager exploitation of the Imperium's more indifferent "eh, maybe someday" attitude.

Ideas: An investment as either a trading hub in the conjunction of several possible routes, or as a maintenance hub for corporate ships on a longer route, that gouges non-corporate ships stopping over out of necessity.
A favor/bribe to a now-dead noble. And its too expensive to move the base.
The "main world" was the most convenient as a jump point. Other planets in the system are more populous/exploitable and most in-system traffic involves transporting personnel, materials and supplies back and forth to those labs/facilities/temporary mining outposts.

The starport TL is not the same as the world TL. The people who run the starports are off world transient labour not counted as 'worl population'.

A type A starport can construct civilian starships and so has to be a minimum of TL9.

I think your explanation is a good one.
C 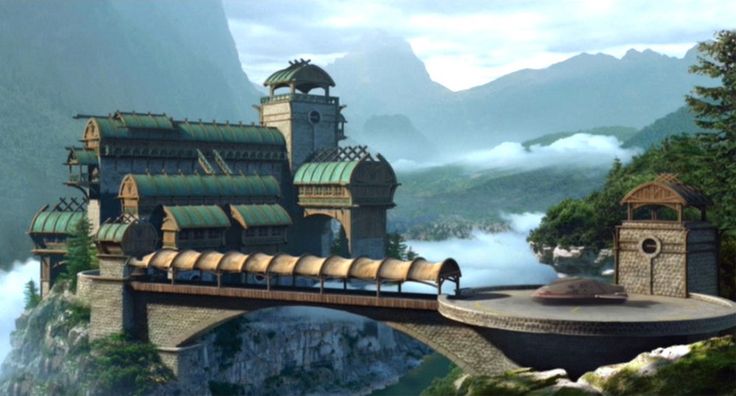 Could be a monastery.

Yeah, but unless there's a hose reel in that tower, that's a E class port.
C

Some monasteries are full of surprises.

Viewing it a bit more Medievally, monks tended to be rather industrious in trending, profitable, businesses.

However, a starport in Imperium space is extraterritorial, so it's inhabitants are likely not counted in planetary demographics.
S

In this instance, starport workers clearly can't be part of the planetary population. Therefore, they're not. Starport workers outnumber the planetary population. Maybe they're Imperial, maybe they're megacorp. Maybe it actually pays somehow, maybe they've been bureaucratically orphaned - forgotten but still paid, the money's real to them, but a rounding error to someone somewhere else.

Check out Pocket Empires and the dynamics of starport construction by extrasystem political and business entities who need (and can afford) those other ports.
P

I agree with the others. Starport personnel would not necessarily be included in the worlds population. Though in this example it seems like it's been overlooked.

It IS possible to have an entirely self-contained port, but my experience has been that there will always be hangers-on, opportunists, people down on their luck who will spring up around such a place. Any 'A' class port is going to have passengers cycling through it, and Bob's Mushroom Emporium is going to be juuust on the other side of the starport extra-territorial line catering to bored port personnel and tourists with too many credits on their hands.

It is quite rare for any place like that to not have an entire sub-society spring into existence to cater to all those tastes and needs that cannot be satisfied by an Imperial port. Just look outside any military installation (or ye olde ports in the age of sail).
You must log in or register to reply here.