Staff member
The latest Traveller sourcebook covering Charted Space is now out in print - the Solomani Front is here!

You can grab your own copy right here: https://www.mongoosepublishing.com/solomani-front.html

North American Travellers have their own page here: https://www.mongoosepublishing.com/us/solomani-front.html 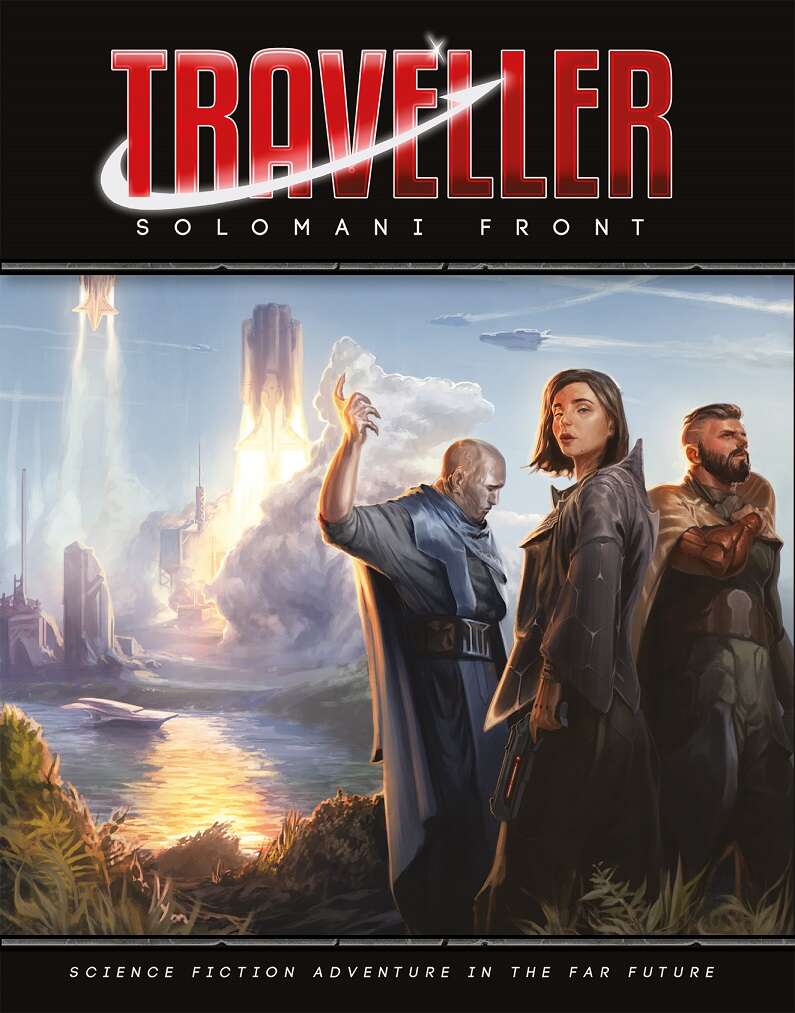 The Solomani Front is a land of opportunity, lying between the open worlds of the rimward fringe and the vast markets of the Imperium. Cross-border trade and diplomacy form a backdrop for covert operations, intelligence-gathering missions and backstreet skullduggery. With factions pushing their own agendas at the expense of others, the knife and the bomb are tools of diplomacy to many.

Under pressure from within and without, the Confederation struggles to maintain its independence and preserve its unique spirit. It is here that the Solomani claim to superiority will be tested; in the crucible of the Solomani Front.

Inside you will find:

* Several new playable alien races, including the Selenites, Aquamorph Humans, Apes, Gurungan and Ladybugs.
* The Vegans and the Vegan Autonomous District are explored in detail, including Vegan Travellers and a Vegan High Guard expansion.
* The much-maligned Crusader superheavy tank, the Galvan Corrosive Environment Construction Platform, the Hunterfoils of Bellerophon, the sometimes lethal Torbellino Speeder, and many other vehicles found throughout the Solomani Front.
* Many new ships found in this region of Charted Space, including the Kestrel Aerospace Fighter, Scorpion Strike Boat, Mountain Logistics Barge, and the Daring Fleet Destroyer.
* Animals, diseases and other hazards native to the worlds of both the Solomani Rim and Alpha Crucis sectors.

When will the UK pre-orders ship?

Been looking forward to having this in my hands for a while now.

Tay said:
When will the UK pre-orders ship?
Click to expand...

Anybody received their pre order in the UK yet?

Being said:
Anybody received their pre order in the UK yet?
Click to expand...

Should be getting to you this week (Postie still a little bit slow)!
B

Thanks.
You must log in or register to reply here.

M
MTU - An Alternative History of the Solomani