Staff member
The latest mission in the Naval Adventures line has arrived - Enemy of My Enemy!

You can grab your own copy right here: https://www.mongoosepublishing.com/naval-adventure-4-enemy-of-my-enemy.html

North American Travellers can get theirs here: https://www.mongoosepublishing.com/us/naval-adventure-4-enemy-of-my-enemy.html


Piracy has become a problem in District 268. The Travellers are sent on a mission to Collace, an Imperial client state and important ally. With the imminent annexation of the subsector, the Imperium does not want to inherit a troubled region so they are sending the Travellers’ ship to troubleshoot the situation. Aided by the Collacian Planetary Navy, the Travellers go on a pirate hunt; rumours abound that pirates have a secret base somewhere in the subsector. Finding it will be difficult but when found, it is not at all what the Travellers expected and they will have difficult choices to make that could affect the future of District 268.

Enemy of My Enemy includes the following:

* A complete naval mission using the Naval Campaign Sourcebook.
* A stealth variant of the Type-S Scout/Courier.
* Deck plans and data for a deep-space pirate base. 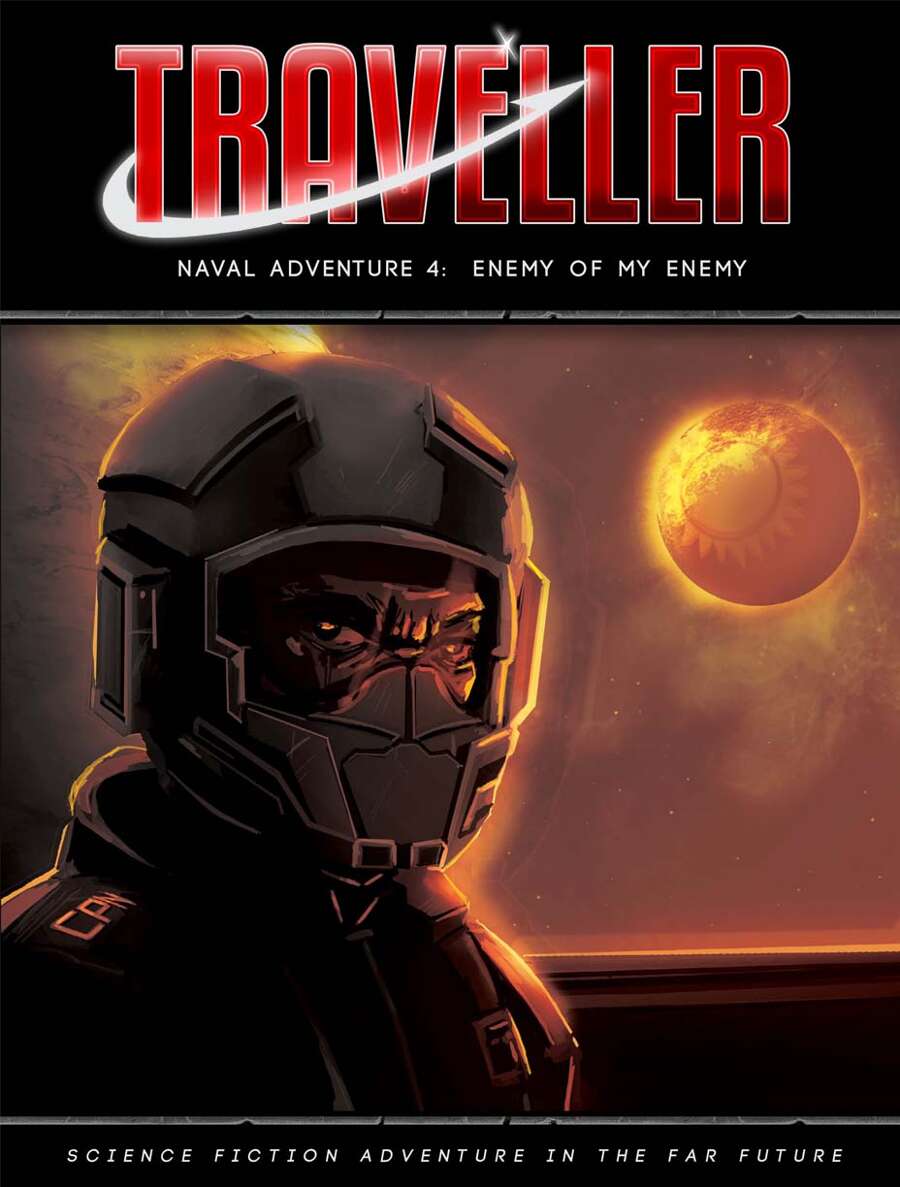