Good news; Rob Eaglestone has sent the outline of Zhodani grammar, along with the entire canon lexicon of Zdetl words, to go with my study materials - CT alien Module 4, Mongoose Alien Module 4, Zhodani Philosophies, and SORAG. A few other resources will come my way to add to my studies.

By the time I'm finished, if I'm good enough to get a good score in Mastermind with the Zhodani as my specialised subject, that'll be good enough for me.
Board moderator. Product List [DriveThruRPG]: Blood Path [Legend]; Cosmopolite [Traveller]; Castrobancla [Traveller]
Top

Ignore SORAG, it was written from the perspective of the Zhodani being Bond villains and predates the CT Alien Module.
Top

Don't forget the scant MT Zhodani material - ask yourself why the Zhodani didn't flatten the Spinward Marches and take Rhylanor (if it was so important) in 1120-25...
then there is the TNE Zhodani material.
Top


By 1120, the Wave is already crossing the Zhodani border in Itvikiastaf Sector. What I ask myself is why haven't they prepared better. The earlier Core Expeditions must have run into the wave thousands of years ago. The focus shouldn't have been getting to the core - the wave is already going, so you can't stop it - but running rolling experiments at the wave front to try to find the best way to minimize its impact.

I don't like the Wave. It travels too fast - a parsec a year instead of a light-year a year - something I suspect was an oversight not caught by an editor - and it's a giant hand wave (see what I did there?) whose main propose is flattening out the 'past' to explain away branching versions of the 12th and 13th centuries. But it's canon, so it needs to be dealt with.
Geir Lanesskog
www.geir.org
Top

That's because the MgT version of the wave is the retconned version.

In the original TNE the wave was a lightspeed phenomena and was nowhere near the border until much later. As the Zhodani fled into the Imperium to escape it they could have provided Norris with all the data they had about the wave - which would flatten the Spinward Marches soon enough, although not until well after the TNE initial events.

There are significant issue with the retconned version:
the events leading to TNE can not happen as written since the wave is moving much faster and will destroy the setting much sooner
the 1248 setting is overwritten since the wave has come and gone
the wave is effectively a way to communicate faster than light, which breaks one of MWMs own rules for the OTU - no FTL communication

The original reason for the Zhodani preoccupation with the core expeditions and their distraction during the rebellion era, as detailed in the MTJournal, was due to them encountering an advanced alien race that they felt threatened by. While these baddies from the core would later be discarded by MWM, the sparklers/primordials call them what you like still fit the events of the CT Alien Module adventure, the clues scattered through DGP MT material and of course the GDW Knightfall adventure.

Note that the Rhylanor artifact was introduced in the MT computer game and had absolutely nothing to do with the empress wave, since the wave had not been thought up by Frank Chadwick and Dave Nilsen at that time.
Top

I'd like to think that the Wave is a lightspeed phenomenon, and that the initial effect that seems to be travelling at 1 parsec a year is just the first foreshock. The main Wave itself is heading rimwards at 1 light year per year, 3.26 years to cross one parsec, and that by the time it gets to the Consulate the effect will be so attenuated by the inverse square law that it'll seem pretty much indistinguishable from the cosmic background.

The FFW does not have to fit the events of Tripwire. Indeed, Tripwire might not be canon at all in this Second Edition.

I noticed a lack of mention of the Core Expeditions at all in the Aliens of Charted Space writeup. No mention of the Fienzhatshtiavl (Empress Wave); Mongoose could be cutting out the metaplot stuff to focus on the Fifth Frontier War, maybe?
Board moderator. Product List [DriveThruRPG]: Blood Path [Legend]; Cosmopolite [Traveller]; Castrobancla [Traveller]
Top

You need to read Marc's book Agent of the imperium... there's some interesting Zhodani stuff in there too.

if the MgT ATU is a close copy of the OTU or wants to maintain close links to it then Agent of the Imperium is required reading.

There is a metagame get out clause for any canon conflict, given to us by T5 - reality manipulation technology. A sufficiently advanced galactic culture or two could be resetting the parameters of charted space every now and then for experimental purposes, or because they are at war.

Bland could actually solve the Empress Wave issue in his reality, while in the TNE reality he doesn't, and in the CT golden age there was no wave...
Top

Good job I bought Agent of The Imperium at the same time as Aliens of Charted Space, then ...

Could it be that Mongoose 2nd Edition Traveller is following the CT path and having no Fienzhatshtiavl at all? It'll be a game changer, because the FFW would just become another game of push and shove over a line on the sector map.
Board moderator. Product List [DriveThruRPG]: Blood Path [Legend]; Cosmopolite [Traveller]; Castrobancla [Traveller]
Top

I noticed a lack of mention of the Core Expeditions at all in the Aliens of Charted Space writeup. No mention of the Fienzhatshtiavl (Empress Wave); Mongoose could be cutting out the metaplot stuff to focus on the Fifth Frontier War, maybe?

I was going to complain about that, and my detailed reading hasn't gotten past the end of the Aslan, but my preliminary searches (fortunately aborting a rant about this) found four minor mentions of the Core Expeditions.

I'm sure a full Zhodani book will cover them in plenty of detail.
Geir Lanesskog
www.geir.org
Top

If they've ignored the Wave, thar'd be a good thing for the 2nd Ed metaplot; the Fifth Frontier War could then be a thing rooted in the local area, not some fancy weird thing coming up from the core.

FFW should focus on the Spinward Marches and the other regions just beyond. No Tripwire; no Ancients; just Impies vs. Zhodani, and everyone else getting caught in the crossfire.
Board moderator. Product List [DriveThruRPG]: Blood Path [Legend]; Cosmopolite [Traveller]; Castrobancla [Traveller]
Top

Psionics ceases to be optional when the Zhodani are introduced to the game.
The Empress Wave, along with Strephon's assassination, Civil War, Hard Times, Virus, MT and TNE - those are optional

The Fifth Frontier War can be simply about the Zhodani attempting to establish a Neutral Zone between themselves and the Imperium. Nothing else. No Waves, Empress or otherwise. The biggest metaplot event that you need is the War. It doesn't have to be part of some other Big Cosmic Event which will never affect the Travellers.
Board moderator. Product List [DriveThruRPG]: Blood Path [Legend]; Cosmopolite [Traveller]; Castrobancla [Traveller]
Top

One of the original design intents of the empress wave was to re-introduce psionics to the setting as a whole.
Top

I always thought Psionics purge was the equivalent of Order Sixty Six.

Followed by a bunch of Imperial Inquisitors hunting down the sad remnant.


The Psioncists are extinct, their fire has gone out of the Imperium. You, my friend, are all that's left of their Institution. 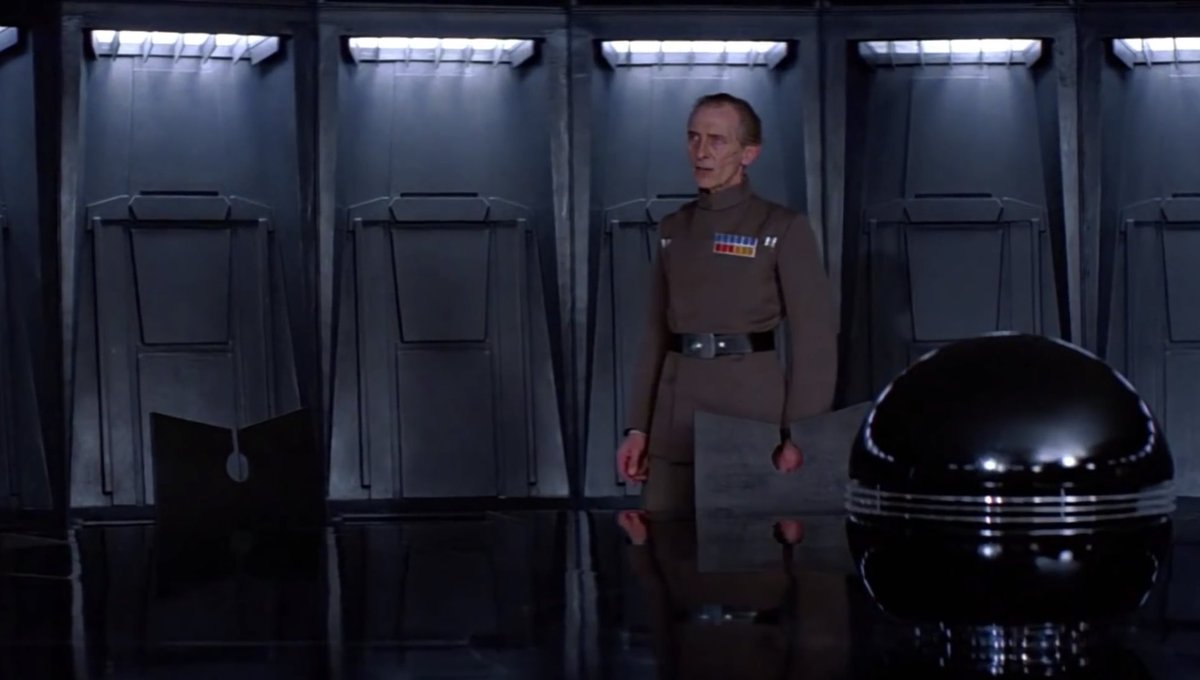 Quite the opposite. As a lightspeed phenomenon it is closer in 1105 than it would be as a superlight effect. Why? Because the one thing that does not change is when it arrives on the Imperial borderlands: 1205. As a lightspeed effect, that requires it already be in Gvurrdon, Ziafrplians, Tienspevnekr, and Zhdant during the Fifth Frontier War. At about 3C, the retconned speed, it is two and a half sectors away during that war, just beginning to chew through the Consulate.

Also, the change was on purpose. It was not an editorial slip.
CTMTTNET4GTT20THMGTT5
It's all Traveller, so it's all Good.
Top

Also, the change was on purpose. It was not an editorial slip.

I can accept that the change was on purpose, but since it breaks a basic rule of the setting, then, other to make it work properly on the map (and screw up the 1248 setting), is there some deeper FTL communication thing going on here? I don't see "Ansible" anywhere on the T5 tech charts, but back on p.14 of T5.10 book 1: "Communication Limited To Transportation Speed... No one has yet invented a hyper-communicator that will send messages faster than the speed of light."

Simply put, it's not Traveller anymore if you can communicate faster than light (though to be fair, 3.26 x lightspeed is slower than jump drive - the speed of transportation, so there's that)
Geir Lanesskog
www.geir.org
Top

I know the change was on purpose, but it is still a retcon. And the original metagame purpose of the wave, its properties and origin are only ever going to be found out if Dave Nilsen and Frank Chadwick reveal them. The current retconned version, as MWM discusses in his interviews, is his take on things, but he doesn't know the original intent.
Top

Also, a new Traveller novel called "Singer's War" just came out a few days ago on Amazon Kindle. It's set in 4500s CE and its main character is Zhodani - Hayatlas, "Commander of the Order of Coming - an ancient sect of Zhodani society - which pre-dated the founding of Molarity's Path."

I'm about halfway through. Really good stuff, reads a lot like Agent of the Imperium.
Top

- How do the Tavrchedl' deal with someone coming out as trans or non binary?

I don't know about touching body parts. But one thing I would not touch, if I were you, is that last question. Because that would require a definite premise on how much of these identities is biological/inborn and how much is social/learned behaviour - which in turn is a question I would not touch IRL with a ten-foot sterilized barge pole. Held by someone else.


What are Zhodani mealtimes like? In the family? In the Service?

Things like these, which don't really impact the basic structure of society much, probably show as much variation as in other cultures.


- What are their rites of passage?

Going by the rulebooks, they obviously have an idea of adulthood similar to other human cultures with similar lifespans. There is also the factor that all Prole children are at some point tested for psionic potential - that day may be a rite of passage as well.


- Do Zhodani marry, and what do their wedding / betrothal ceremonies and relationships look like?

Families are mentioned and can be inferred to be quite important. Since can also be inferred that the Zhodani have gender equality similar to mainstream Imperial human culture, we can assume that typical, monogamous marriages (or marriage type associations) are the norm.

They're probably less the norm for nobles, since the mechanics of prole-intend-noble social mobility would otherwise lead to the proportion of the nobility in the population rising steadily. Nobles, and that is pure conjecture now, probably have larger, looser kinship groups which "adopt" specific intendants.

A related question is how lineage is traced and how relationships between social castes work. IMTU: Matrilineal, and normally when they occur. (Precisely because of matrilineal social lineage, intercaste relationships and offspring are not a big problem.)
Top
Post Reply
58 posts

Users browsing this forum: No registered users and 40 guests