Spacedock breaks down some thoughts on the SDCC teaser trailer for Season 4 of The Expanse and the excerpt that came with it.


1. The Roscinante appears to have some spare hardpoints.

3. They should do a crossover with Lord of the Rings, that would subvert expectations.
Top

The series is set two hundred years in the future, after mankind has colonized the solar system. A hardened detective and a rogue ship's captain come together for what starts as the case of a missing young woman and evolves into a race across the solar system to expose the greatest conspiracy in human history.

It's possible that manoeuvre drives can divert thrust into these separate channels, rather than having singular thruster cones, or possibly vectoring.
Top

I guess I get to do more commentary.

1. Hornet: giant spider waiting for prey to enter it's den; kinda creepy. Or if you're going for an aquatic team, super guppy.

2. Alert: continuing with the fish theme, looks like a giant bass.

4. Flight pods and/or decks form an integral part, or get added on.

About The Expanse Season 4:
Season 4 of The Expanse, its first as a global Amazon Original, begins a new chapter for the series with the crew of the Rocinante on a mission from the U.N. to explore new worlds beyond the Ring Gate. Humanity has been given access to thousands of Earth-like planets which has created a land rush and furthered tensions between the opposing nations of Earth, Mars and the Belt. Ilus is the first of these planets, one rich with natural resources but also marked by the ruins of a long dead alien civilization. While Earthers, Martians and Belters maneuver to colonize Ilus and its natural resources, these early explorers don’t understand this new world and are unaware of the larger dangers that await them.

It must be nice to have the most money around, even if your spouse just took a major bite out of the hoard.

I suspect it wasn't just plain altruism or a planned attempt to promote the Amazon streaming service; it could also be a subtle way to drum up support for the next stage of Amazon expansion, or at least, where no marketing corporation has gone before.
Top

Spaceships: Hulls and Why Engineers Used Wood To Build Spacecraft

Wood is such a traditional building material we sometimes forget that it can have exceptionally useful material properties. Some spacecraft have used wood and wood based materials in their construction, even the latest SLS rocket has large areas coated in cork to insulate it from heat.

Hah, I thought so.

3. Boiling wood to remove excess lignum and cellulose, and compressing it to remove the gaps in the cell structure, making it ten times stronger.

The idea of spaceships or other machines that were essentially alive and able to repair and operate themselves has long been a popular one in science fiction. We'll take a look today at how that might be possible in the future, what advantages it would have for interplanetary or interstellar colonization, and how such biotechnology might lead to entire artificial ecosystems dwelling in the void of space.

1. Maintenance is easier in a sterile stainless steel environment.

2. An organic ecosystem has got to be more complex to maintain, the assumption would be that most of the routine operations, maintenance, and repairs would be automatic, the attractiveness of the design and creation of a bioship.

4. Octopi that burrow out asteroids remind me of the Matrix. 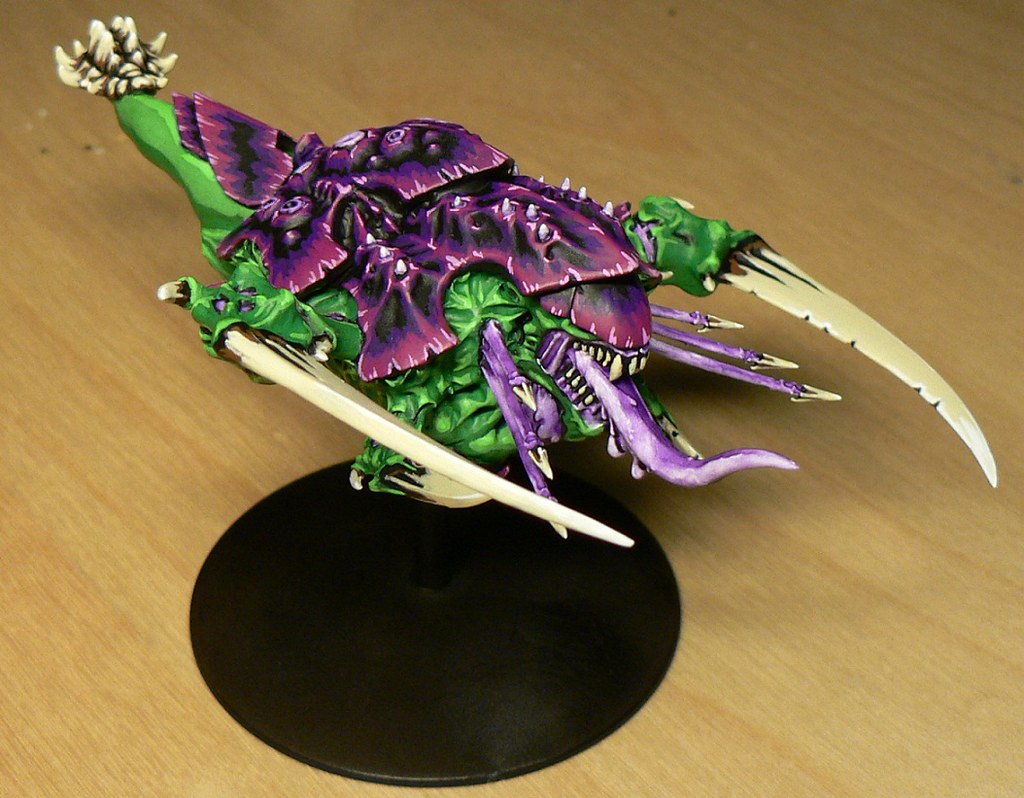 Spacedock breaks down the new Star Wars warship designs that just came out of GenCon.

We finally got our first look at not only the New Republic Starhawk Battlecruiser, but also the brand new Imperial Onager Star Destroyer thanks to Fantasy Flight Games and Star Wars Armada. We'll break down both on today's special Star Wars Lore video!

I think that for capital class warship whose primary role is being in the line of battle, I wouldn't centralize the aerospace compartments.

2. Detachable bridge seems an obvious upgrade, which is probably the only thing I find interesting in this design.
Top


1. Quasar Fires are I'm going to say at best light carriers with some command and control facilities.

2. Gozantis - I was going to say light frigate, but these may be maid of all work sloops, possibly similar to Littoral Combat Ships.

6. Strikes fear in the hearts of sophonts.

7. Anything larger may as well be a space station.
Top

They are just fancy targets. Never seen one do anything but get wrecked in a star wars movie or cartoon except for that first one the start of A New Hope.
Top

Depends on who's driving.

Today we break down the role and purpose of each capital ship in the Rebel Alliance Navy.

2. Hammerhead - for some reason, reminds me of the Gazelle; wouldn't really try ramming.

5. Nebulons - very modular, construction, maintenance and repair should be relatively easy but fragile.

Except for the Calamaris, they seem optimized for head on combat, or hit and run; if fired on broadside, seem rather vulnerable.
Top

A few more in Armada

To read their stat cards - front/side/rear have black, red and blue diamonds representing weapon dice and the number is shield strength. Need to click the ship entries under "ships" heading for the stat card closeup. A couple of these are unreleased and may be missing the stat cards.

Today we break down the role and purpose of each of the larger vessel in the Galactic Republic Navy.

6. Consular Frigates - cheap communications ship I buy, but gunship that can take on capital ships?

Starwarships: Understanding the Role of Each Rebel Starfighter

Today we break down the role and purpose of each Star Fighter in the Rebel Alliance.

1. Quality over quantity, especially if equipment and personnel were sparse.

4. Why Wing - why not? more bomber than fighter; probably would have had more survivability against the Mandator Four.

5. Ai Wing - rocket ship; I don't see space for either a hyperspace engine nor a large sensor package; essentially a light fast interceptor, which would or should have a fast mothership handling the sensor aspect.

RZ-1 A-Wing has a hyperdrive. The thing is actually bigger than it looks, probably because of the cockpit canopy size. Going by the actual measurements, it's probably got more space than the X-Wing because it's much fatter.
Top

I just pointed out that I don't see how you could fit in a hyper drive, let alone a large sensor package.
Top

Starwarships: Understanding the Role of Each Imperial Starfighter

Today we break down the role and purpose of each Star Fighter in the Galactic Empire.


1. The big hole in this argument is that if fighters were that cheaply built, they should be deployed en masse, not in relatively small numbers.

2. Thai Fighter - interceptor maybe, not superiority; the concept is interesting, but wouldn't waste elite pilots in them, though there appears to be a North Korean logic in limiting the opportunities for defection by making them so short legged and fragile.

4. Striker - aerospacic; giving the Thai Fighter additional gravitic motors would seem to defeat the cheap aspect, unless agin it's a matter of being able to vector the manoeuvre thrust to allow it to float.

5. Bomber - you can't fault the practicality of adding an additional module; I'm pretty there's a transport variation; but it's always seemed a death trap.

6. Advanced - Vader had enough pull to have his personal squadron completely equipped with them; the choke hold must have been production.

7. Defender - Thrawn probably made a branding mistake, and should have given it a more offensive and dynamic name.
Top

If my memory is correct, all rebel alliance fighters have a hyper drive. I do believe the A-wing has similar volume to the X-wing.

There is indeed a transport version of the tie bomber ... you ride in the torpedo tube. But seriously, they put seats in the bomb bay. Which doesn't seem much different to me.