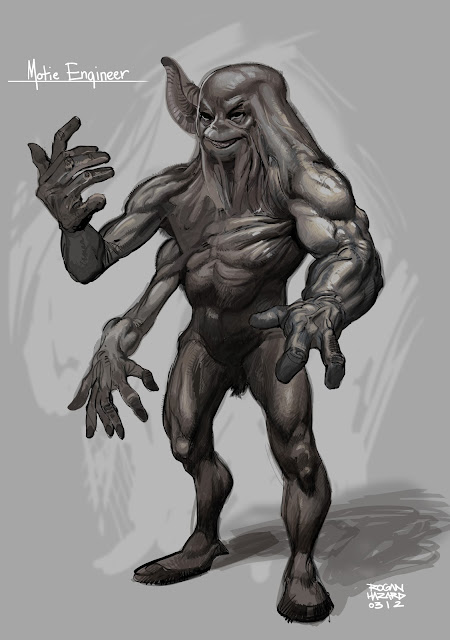 A minor race trapped into an unending existential struggle, in a zero sum resources game.
Top

That's...not at all what I imagine a Motie looking like, but yeah.
Top

This is my new favorite guy! I'm in the process of watching all of his earlier stuff, and checking out his writings as well. Amazing!

It looks like orbital rings, and other dynamic structures, make a lot of sense even at low tech levels, and cheap enough to build at higher tech levels that it wouldn't make sense not to do so. Free is better than cheap, and if you can amortize building costs over decades, but make use of them over centuries or millennia. You don't even need super-high strength materials, and the project would likely be automated at higher tech levels. Mining operations and mass drivers in the asteroid belt drop materials right into orbit where they are attached together in a modular fashion. You would likely want to start small and have it pay for continuing to build itself over time. In just a few decades, or centuries, you could have massive structures, and enormous utility. It would make gas giant refueling simple if you could literally drop a hose into the atmosphere and start pumping, or just fling un-powered scoop craft from one point on a ring to another "through" the upper atmosphere to collect fuel.
Top

A minor race trapped into an unending existential struggle, in a zero sum resources game.

But, on the gripping hand...
Top

Infojunky wrote: ↑
Sat Dec 02, 2017 8:01 am
. . .
From that number one could say a worlds volume per year is one half of the Population multiple time Pop per year. Which amusingly matches the trade numbers as generated by T4's Pocket Empires and the Gurps:Traveller World Trade numbers.

There's a reason the economics in GURPS Traveller Far Trader make sense: at least one of the authors is a professional economist, in addition to the hobby job of gaming book co-author.

I attended a presentation by a guy from a company that is developing technology for a real world beanstalk. No joke.

He said that their best technological assumptions say that a beanstalk might not have an anchor at all. Instead, the downport would be a station in the lower stratosphere, near the upper limit of lighter-than-air craft. Giant zeppelins would be the main vehicle for moving cargo between the downport and the ground.

When the cable is thick enough to support the mass of a runway that can land an airplane at the high speeds needed in the thin air of the lower stratosphere, airliners might be able to join service as interface aircraft. If the orbital period of the beanstalk is slightly faster or slower than synchronous orbit, the downport would have a constant high wind that would reduce the necessary landing and takeoff speed, but it would force an end to the zeppelin service.

Another point that he made is that it's a long way from the downport to orbital distance, so it's impractical to move the elevator cars with any kind of traction drive; it would have to be a magnetic drive instead.

In short, they're complicated.
Top

Floating cities would come to mind.

Orbital range is two disadvantages, so you could make them more energy efficient and/or cheaper.
Top

BigDogsRunning wrote: ↑
Sat Dec 02, 2017 10:17 pm
If they are rare, then why? If they are common, then why? If you've destroyed your world's environment, but you now do all of your manufacturing with robotics, and remote machinery, why not move your population into orbit.

Because you basically will have a hard time ruining your world so badly that the population is better off living in orbit. Even a polluted atmosphere is still a good shield against meteors. Gravity keeps your atmosphere in place, you don't need a constant power supply to keep everything spinning or the gravity generators working or whatever. A species with the technology and the will to do what you're talking about is likely to find some method to clean up their planet (however slowly). Despite all the problems, it's almost inevitable it's simply safer to live on the planet's surface. Even if the population has to live in huge domes (or whatever) totally sealed off from the world so that they as might as well be in space stations, at least the inputs are right outside. Even if they have to be chelated to remove radioactive toxins or whatever.


BigDogsRunning wrote: ↑
Sat Dec 02, 2017 10:17 pm
Use the early versions of you Gravitic forges that you will one day make bonded superdense with and manipulation the structure and strength of your stony materials. Make your station out of synthetic diamond laminate sheets.

I think a species that can do the things you're talking about isn't going to miss jump drive too much.

There's some assumption made about sci-fi galactic empires like the TU and similar ones that strain under scrunity. For instance, these heavily industrialized high-population worlds, they would most likely be able to meet all their food needs with chemical synthesis. By TL12 will be able fashion foodstuffs indistinguishable from 'natural' foods. Okay, so perhaps they have some quaintly 21st century hang up (or more likely reflecting the biases of the 21st century writers) so they want "natural" foods but why don't they just meet their own food needs with giant disc-shaped orbital farms, then? They could just have a ring of large-ish fully automated or mostly automated stations in the same orbit as their world, growing wheat, raising cows, whatever, exploiting the abundant sunlight of the Life Zone as their power source and utilizing whatever technology that allows them simply grab asteroids and "break them down further and make advanced plastics, and metallic-plastic laminates or alloys, and build your plate out of that" - as long as the time it takes to transport foodstuffs from these stations is less than the time it takes to transport food from these "agri-worlds" the stations will always come out on top; they don't worry about inclement weather or seasons (like planets do), crops can grow without pesticides or vaccines as the stations will only have the organisms you want on them so the food will be at least as wholesome as those raised on agri-worlds, likely more wholesome and cheaper to produce. The problems of space are much more easily handled than the vargaries of weather planetside in this case (as opposed to moving the entire population to orbit as above) because ... even if a rogue comet or something plows through occasionally and wrecks a farming station, if it's automated and sufficiently cheap to produce, it's just an insurance write-off for the organization operating the station.

Logically, the TU should have the same unfair situation as we have on our 21st century Earth - the high-tech high-population worlds are not only exporters of technology, they'd also be the exporters of food. The low-tech worlds really have nothing to offer to high-tech worlds, except maybe mineral resources. This situation may sound familiar to you.

(in the case of the TU, apparently the Imperial government literally forces worlds to specialize so this situation is somewhat avoided, which led the heinous problems during the Hard Times)
Top

The Vilani of the first empire were responsible for compartmentalising worlds.

Their technologies were 'black boxes' with different worlds producing the different 'black boxes,' which would be' assembled on yet another world.

When the ROM collapsed there were many worlds who could not 'join the dots' to maintain their TL, hence a regression to lower TLs and lack of starships. The Long Night. The Vilani had the sense to mostly settle worlds that were conducive to human life and therefore while there was hardship there was not the apocalyptic event that some have painted the Long Night as.

The Hard Times were much much worse. The Third Imperium for a millennia had been using their technology to settle inhospitable worlds - which is fine so long as you can import the replacements parts that your local industries can not manufacture. When that trade was interrupted worlds started to suffer. When that trade dried up the settlements on inhospitable worlds without the local technology to maintain themselves were doomed.
Last edited by Sigtrygg on Sat Dec 23, 2017 6:46 pm, edited 1 time in total.
Top 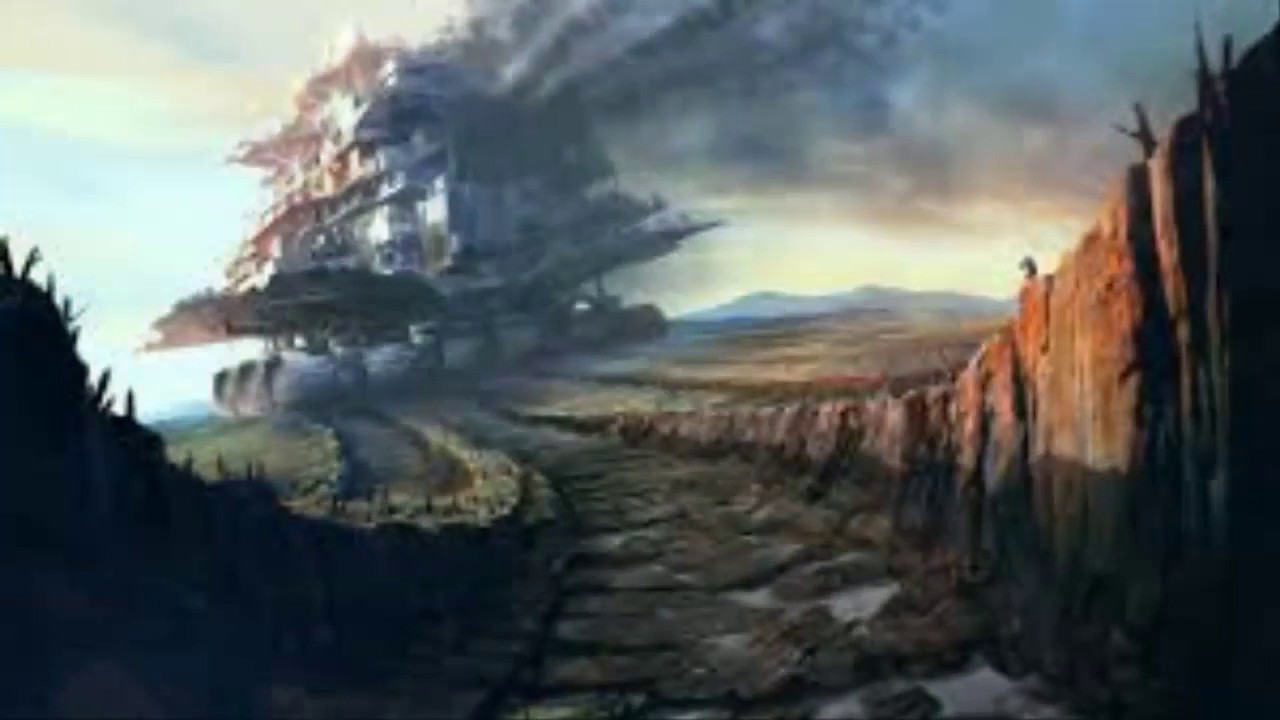 The 3I is an artifical game construct, and not one that is likely to exist in reality. Like many of the other aspects of the game (TL6 world's with 26 BILLION population) a lot of crap comes out of random dice rolls.

For the Imperium to be the size that it is trade and the need for materials would have to drive such an expansion. A single system would take a very long time to fully exploit, and by that time your TL will mean you don't need nearly the same amount of resources you did previously.

Building large civilizations on inhospitable planets makes no sense unless there is an economic driver. Otherwise what you will have is a fringe group or a way station. Humans can be stubborn and obstinate about where they are living and why. However there IS a limit to how many of those folks will stay while the rest leave to go the larger cities, or in this case better planets. It's been the trend in human history for thousands of years. Jump drives won't change that part of humanity (most likely).

But in a game anything and everything is possible to create an environment to game in.
Top

phavoc wrote: ↑
Sun Dec 24, 2017 3:32 pm
The 3I is an artifical game construct, and not one that is likely to exist in reality. Like many of the other aspects of the game (TL6 world's with 26 BILLION population) a lot of crap comes out of random dice rolls.


That’s both an opportunity and a challenge. The weirdness that come from random rolls can inspire some great creativity as you (the GM) try to come up with an explanation that makes sense. (Hmmm - 26 billion and TL 6. Maybe the result of a technological apocalypse and now the population is starving?)

But if the results simply don’t make sense or won’t work for YTU you can always adjust them - it’s more work but it could provide a better result.

Or you could just roll again....
Top

Cos, I think that twenty six billion human beings stuck at technological level six are going to run out of food, and/or understand the concept of zero sum.
Top
Post Reply
34 posts