Some real world designs have large amount of surface area, but very few points to mount equipment. ( Blimps for example.)

As for the ship, thats not all contained in the hull as the ship has substructure, external pods, turrets and a rear external landing pad.
Top

You actually have to create hardpoints on the superstructure, and unless the weapon system is wholly external, weapon systems tend to have specific dimensions that have to be accommodated within the hull.

Since bay weapons are standardized across the known universe, the design system can give us the dimensions to incorporate with the deck plans.
Top

It's already done for you in GT:ISW, and is correct enough for our purposes.


Some real world designs have large amount of surface area, but very few points to mount equipment. ( Blimps for example.)


As for the ship, thats not all contained in the hull as the ship has substructure, external pods, turrets and a rear external landing pad.

All of which can be accounted for in FF&S and approximated in GT:ISW.
Top

Condottiere wrote: ↑
Thu Nov 09, 2017 7:20 pm
You actually have to create hardpoints on the superstructure, and unless the weapon system is wholly external, weapon systems tend to have specific dimensions that have to be accommodated within the hull.

Since bay weapons are standardized across the known universe, the design system can give us the dimensions to incorporate with the deck plans.

This is a very good point.

Take the example of the laser turret on the USS Ponce. The turret looks quite dinky, what you can't see are the two shipping containers worth of machinery below decks generating the laser beam, the turret is just the pointer/emitter.
Top 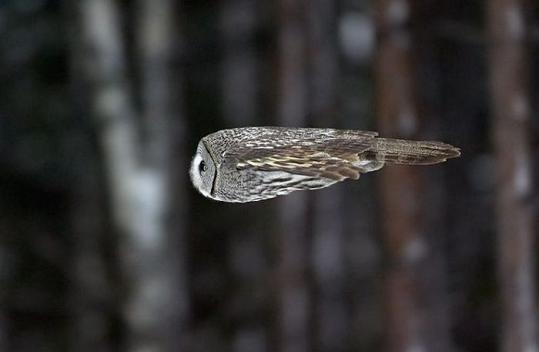 What an awesome video. Thank you for the link!
Sir Dhaven Hevelin, IOD, Baronet of Fulacin
Owner/Captain - S.S. Warlock

Which is the point.
Top

We have zero percentage hulls.

Bull - even zero percent hulls are the equivalent of tank armour, the design system just doesn't account for it properly. Unlike TNE etc...
Top

What happens in MgT when you fire a HMG at a starship?
Top

Based on MGT 2ed MB machine gun at 3d6, the ship would take damage on a roll 10+ as the scaling would divide the damage by 10. That means single shot has a max of 1 damage, burst provides 1-2 damage and full auto 1 damage per 4 attacks so 1-4 damage. ( Not taking in to account effort from the attack roll.)
Top

These tanks are used to convert cargo space into working fuel tanks with all the pumps and feed lines required. Fuel can be used directly from these tanks meaning ships can make longer jumps that they would be able to on their own tanks (they are still limited by the capability of their jump drive, however). When empty, these tanks take up the same space as when they are full and cannot be used for anything but fuel.

If they had been used as fuel tanks, and/or haven't been purged and sanitized.

It takes four weeks to add or remove demountable fuel tanks to a ship’s cargo spaces, and they cost a thousand schmuckers per ton.


Does that include labour?

If the tanks are water proof enough to handle hydrogen, the pumps and feedlines can be used to circulate air and water and withstand (externally) vacuum. Tbere's the artificial gravity issue, so they'd be used primarily as external cargo containers and cheap mass transportation.
Top

Mining drones allow a ship to mine asteroids without manoeuvring perilously close to spinning hunks of rock. Each set of five mining drones allows the ship to process five dee tonnes of asteroid per day ... The tonnage consumed includes ore handling machinery, allowing the ship to take on ore and transfer it to the cargo bay.


Averaged out that's seventeen and a half tonnes.

Taking a volume of one thousand tonnes, that's two hundred eighty five, seventeen hours, eight minutes, and thirty five second that it will take one drone to scoop it out, direct operating cost being recharging the batteries and one hundred fifty six schmuckers job maintenance.

Four thousand minus one thousand for vacuum proofing, minus ten schmuckers for mortgage, twenty centimes for maintenance, comes to two thousand nine hundred and eight nine CrImps and ninety centimes covering the cost of everything else, including labour, artificial gravity and inertial compensators.
Top

Let's get this out of the way first, are buffered planetoid's worth it? No, because their concept was always a military one, and that extra level of protection was added on to the biggest possible armour factor that was allowed for that technological level, making them rather invulnerabilish, and that raison d'etre has been removed with the current rules. The extra fifteen percent difference between it and the normal variant allows more equipment to be installed, without sacrificing protection.

They're great for system defence or just paddling around local space, the issue becomes less clear if you install a jump drive.

In terms of hull costs, you have to figure that an equivalent normal starship will be ten times more expensive, that includes shrinking it back by one fifth because of the twenty percent waste space. So any savings will have to come out of that ninety percent, because you are going to have to scale up engineering by a quarter to get the same expected performance from a planetoid.

Does that include armour plating? In my opinion no, because the inherent factor two armouring would ensure that added on armour would only be needed to cover the internal leftover volume, so it would be based on eighty percent of the planetoid, not the full hundred.

You could, of course, build an equivalent ship without gravitational plating or inertial compensation; whereas I have my doubts on the usefulness of inertial compensation for most forms of commercial traffic, that's not going to fly for military craft, and in Traveller 5K, almost everyone will want continuous gravity, if only for health reasons.

While it's not mentioned, we can assume that the number of hardpoints is based on the actual size of the planetoid, which re-emphasizes the military value of it.

Not so clear on the actual number of hull points, though it is based on the actual size, and to compensate for the removal of the higher armour factor advantage, allows a great deal of more battering, by giving a twenty five percent bonus in hull points, and a fifty percent bonus for the buffered variant; what is less clear is if an interplanetary rock is actually a ship that also gives bonii at twenty five and hundred kay tonnes.

Expanding further on this, we're going to have to figure out if armour is based on total or usable volume.

If it's on usable volume, the next question is whether hardpoints are based on total or usable volume; if total, we get the same origami concerns as with modular hulls. Usable implies that the structure needs to support hardpoints to some extent.
Top

The dispersed hull configuration has a fifty percent discount in price,and the lightened variant adds in another quarter, and you half that again if you don't install artificial gravity, though you could always add in a separate module that does have it.

Commercially competitive even in comparison to the five thousand schmuckers per usable tonne plus twenty percent increased size (twenty five percent) of drives for a buffered planetoid, except they have artificial gravity as a default.

I could be wrong, but for a default ten tonne jump drive and a hundred tonne rock, I calculate that at an extra 3.750 oer kilogramme, and Credits Imperiale 4.6875 per usable kilogramme.

Not a configuration I'd send in the line of battle, considering that armouring it up requires twice the volume in order to protect all those nooks and crannies, and not one that you tend to be able to land on a planet.
Top

you half that again if you don't install artificial gravity, though you could always add in a separate module that does have it.

Not how that works, NG hulls are a fixed cost and modified by other options. ( Replaces the 50,000 Cr per ton)

1.) Hull points are calculated based on overall hull displacement.


However, a planetoid's Hull points is calculated on the
total volume of the planetoid, not the useable space.

2.) Require 1 or 2 less points of armour giving a savings on displacement and cost.

If you pick a mineral rich planetoid, add a mining / manufacturing facility and arm it with a railgun spinal, you have a cost effective siege platform.
Top

And since the sequence described above was multiplicators, it doesn't matter if you half it when you using the non gravitational hull option.

As regards to the planetoids themselves, the armour factor is more significant at lower technological levels, since more volume is required for each staging; commercially it's a question of bang for buck for a given purpose, with artificial gravity thrown in for practically nothing.

In a long campaign, naval personnel could salvage drives and power plants, and find it's easier and cheaper to drill some holes in an appropriately sized planetoid for some form of transportation.
Top

Those are adders not multipliers as they use +% notation. ( Further, all modifiers are off the base cost not the net cost as they would be in a multiplicative operation.)

The hull costs are per ton so aren't simply a number out of a hat.


As regards to the planetoids themselves, the armour factor is more significant at lower technological levels, since more volume is required for each staging;

When you combine the hull point bonus with the armour displacement / cost adjustments, its still significant at any tech level.
Top
Post Reply
3166 posts