The Hyborian Age is not a time of riches. Character should not be able to get rich by adventuring. Monsters do not sit on piles of gold as do dragons in a D&D game. Think of the Conan stories. Conan has gone on many adventures. He has explored several ancient ruins, and he's faced all sorts of demons and monsters. But what wealth has he gained from this? Hardly none.

Remember this when creating your Hyborian Age adventures. You've got to remove the D&D-ish adventuring rewards of better equipment and mounds of loot from your thinking. That's not what adventuring during the Hyborian Age is all about--although it can be used as a good hook to lure the PCs to a specific adventure.

Don't share this thought with your players. If you do, the PCs will never be enticed to venture into an old ancient ruin in search of untold riches. Remember, in the stories, Conan was often lured by the promise of wealth. He just never found any lasting wealth.

And, remember the High Living rule from the core rulebook. Again, this is not something that you'll want to share with your players. Don't take away their dreams of loot. But, use the guideline to structure your games so that wealth, when obtained, seems to drip through their fingers.

Wealth, during the Hyborian Age, is more akin to that of the Dark Ages. Most people simply do not have a lot of wealth. Remember this if your characters are thieves and break into homes.

If you have the DMG, then look on page 135. There, you will see a gauge to use to estimate how wealthy an average character should be, according to his character level.

Of course, this is just a very vague rule of thumb. Create your NPCs according to your story. But, if you want a generic method of gauging wealth, then you can use this. I have lowered the numbers below to fit more closely with a Conan game. This can be useful when figuring how much wealth a PC might find on a downed foe when stripping bodies.

When using the DMG Table 5-1 as a gauge, consider the number to represents silver pieces, of course. A Conan character should have about 1/100th of that number in actual wealth. Thus, a 1st level character will have 1d6 - 1 sp, as noted in the core rulebook. A 4th level character will have, according to the chart, a maximum of 54 sp. This should be a range of 0-54 sp. Roll that randomly however make sense to you. For example, you can roll 2d20 + 1d10 + 1d4 sp. That will generate an amount of wealth for a 4th level character to be 4-54 sp, which sounds just about right to me (given the prices of items in the game). Minimum sp should not be higher than the character's level.

Remember that the wealth of a character does not have to be in coin. This wealth number covers any rings, earrings, bracelets or armlets, necklaces, piercing, and any other kind of wealth the character may have. If you have a 4th level NPC, and you roll that he has 27 sp in wealth, then it is most interesting if you get creative and detail the character something like this: 14 silver lamus (the local coin currency), a painted wood bead necklace worth 3 sp, and a bronze lucky charm in the shape of a carved frog, about the size of a bottle cap, that he keeps in his pocket, worth 10 sp.

BASE ITEM PRICE: Also remember that the prices of items listed in the game are base prices. Items are priced for the base, no frills version of that item. Look to the description of prices in the core rulebook. There are three categories for item prices: Base Quality, Merchant Quality, and Noble Quality. Base prices are that listed in the game. Merchant Quality prices are base price multiplied by 5-20 times. Noble Quality prices are base price multiplied by 50-100 times, where as the highest nobles, such as kings, use a quality that is at least 100 times base price.

Remember this pricing rule when characters in your game are shopping the bazaar for equipment. For example, a weapon-master's stall may have three swords for sale:

A cutlass with alligator-leather grip, chromed blade decorated with script, worth 800 sp (base price is 50 sp).

As an example, a character may have a leather jerkin, but it may look like this: This will allow you to bring things into the game that the PCs may want (once they strip the bodies). And, it will give you an idea of what the item will sell for used. Remember, though, that the core rulebook tells us that used items sell for, at most, 50% of their value (as the re-seller must make a profit and will sell a used item for less than what a new item will bring at market).

Now, if the used item is extremely used, bloody, dirty, damaged, and just not new, then the item will sell, if at all, for something in the range of 0-50% of the new item cost.

When the PCs are selling items, also consider the availability of the item. If a merchant already has five base quality short swords, then he's probably not going to spend his coin on buying a sixth. A used base quality short sword in excellent condition would fetch, at most 25 silvers. But if the short sword is worn and notched, with dried blood in the cracks, the merchant with five of these (all in better condition) may only offer a single silver piece for the sword, if he buys it at all.
Top

There are three supplement books that every Conan GM should read: Aquilonia - Flower of the West, Across The Thunder River, and Styiga - Serpent of the South.

These are dense game books packed full of atmosphere and notes that will help make any GM a master at describing the Hyborian Age. If you put the time into reading these three books, cover to cover, you have have the perfect foundation with which to run adventures in any part of the Known World.

The Aquilonia book will give you a good grounding in Hyborian culture. That will be helpful in running games in any of the many Hyborian kingdoms. 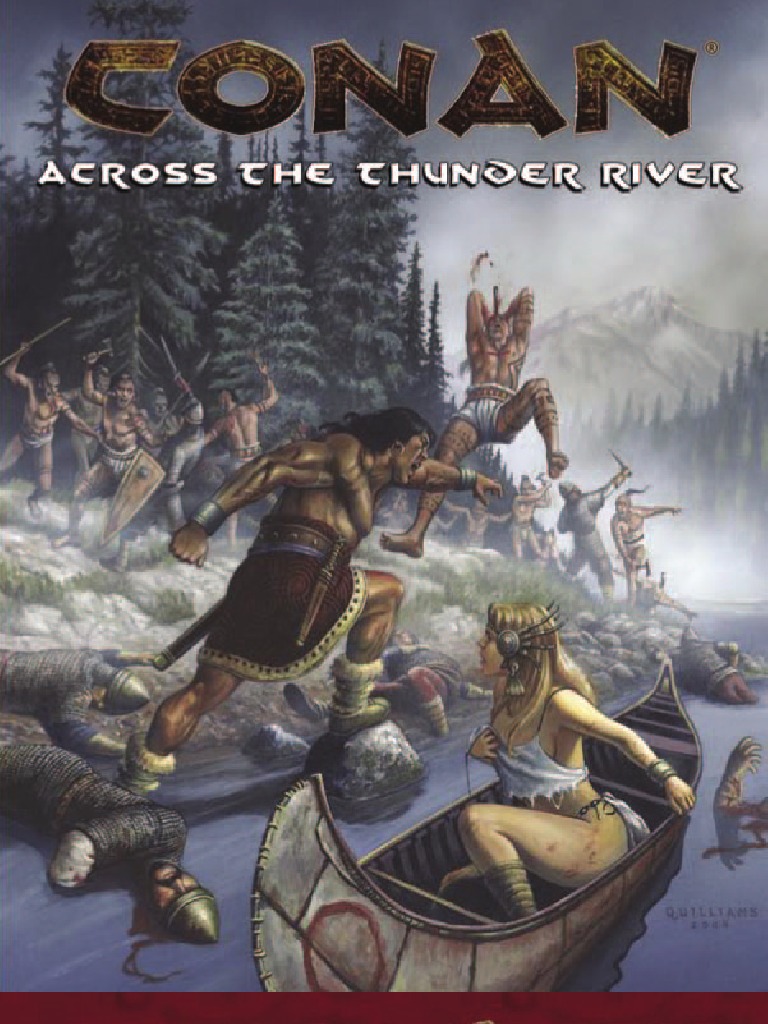 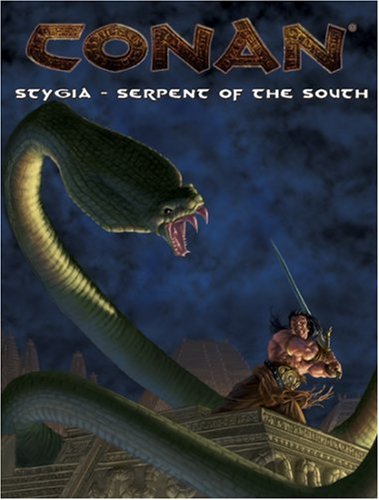 Of course, if you have a specific setting book for where you are setting your game, then you should read that, too. My point here is that a GM can use just the three books above, tempered with what is in Return to the Road of Kings, to set a game anywhere in the Known World during Conan's time.
Top


There is an excellent passage from the introduction of the Aquilonia sourcebook that I want to share with you.


The tantalizingly vague descriptions and hints given about the various Hyborian nations serve as a springboard for the imagination. As even a casual perusal of The Hyborian Age shows, these are not stagnant cultures, forever framed by a single phrase in a story. The cultures and kingdoms should live and breathe. Borders should change and waver. Every Game Master should not fear to put a bit of themselves into this world. Take these seeds and see what grows from your own imagination. Not everyone's Aquilonia needs to be the same, with the same borders and culture. If you want Aquilonia to wipe Nemedia off the map, then do it. If you want Tarantia to burn to the ground, then let it burn. Just because some Nemedian scribe hyped up Conan to be the greatest hero of the age, do not let that stop your players from being greater.

Let the Hyborian Age live and never let it stagnate. We are the kings of the world tonight!

This advice should be at the start of every sourcebook for every RPG, not just for Conan. To often (and I have been guilty as well) I've seen GMs strive to maintain their games to match the exact word of the published game. Forget that! You and your players will be so much more enthralled with your game world if it is customized to suit them!

Make it your own. Make the world live and breathe. Make your Hyborian Age interesting.
Top

Aquilonia is a melting pot of various Hyborian sub-races. Overall, Aquilonians have long heads and are tall and rangy. Long legs and long arms.

The people of southern Aquilonia have intermingled with the brown Zingarans so that black hair and brown eyes are dominate. This describes those from Pointain.

Bossonians are of medium height and complexion, with brown eyes or grey eyes, descended from an aboriginal race that lived in the region before the Hyborians conquered the area. They are medium sized and have normal heads.

Taurans of of medium height and also tend to have tawny hair. 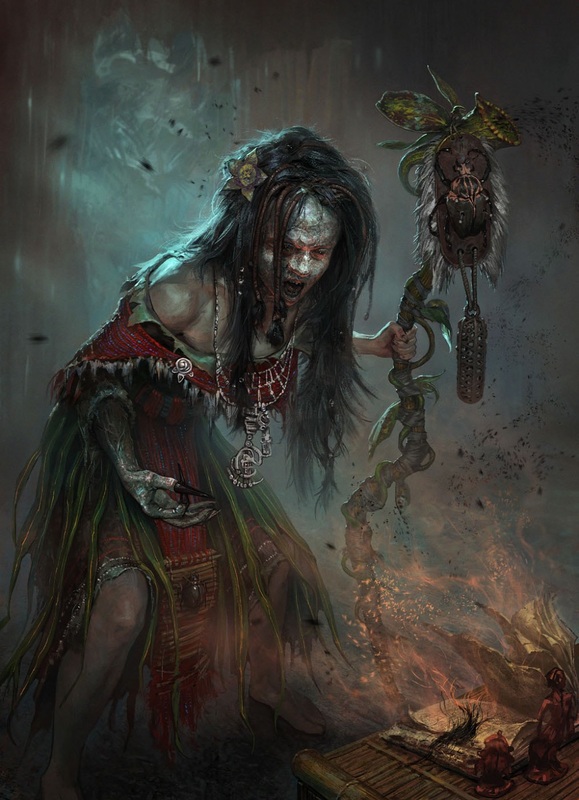 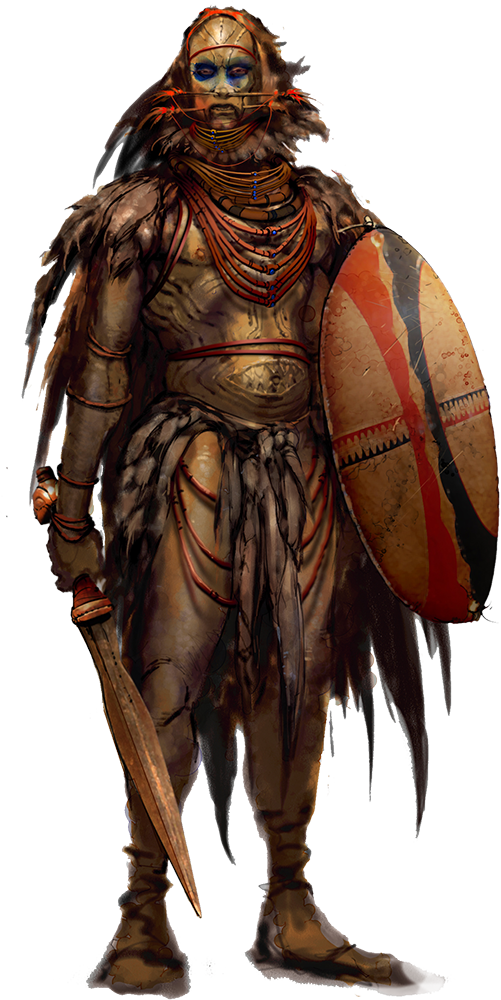 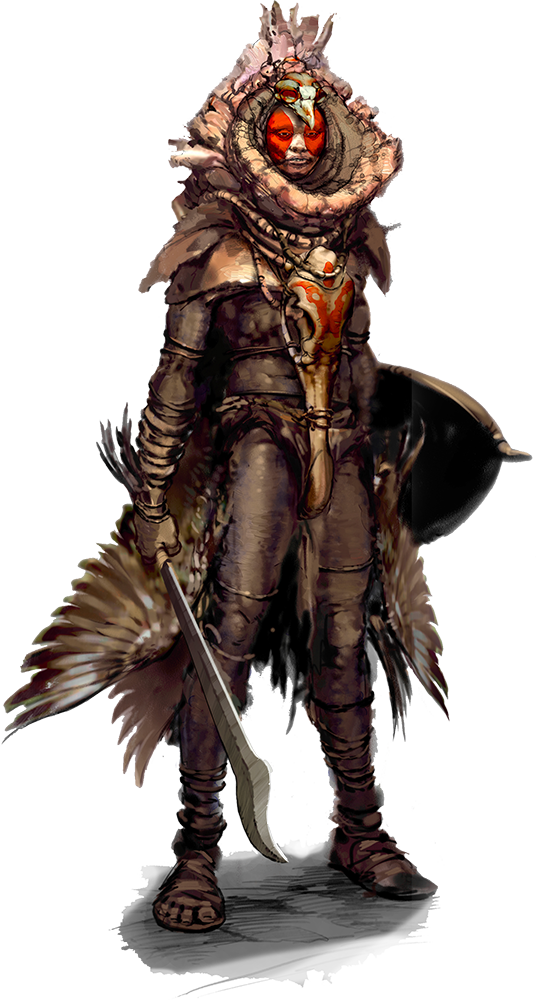 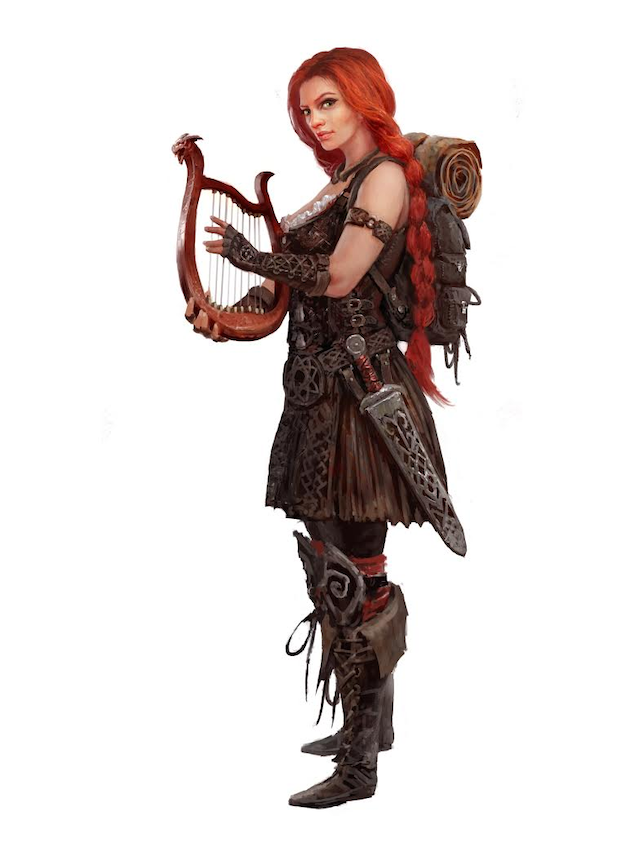 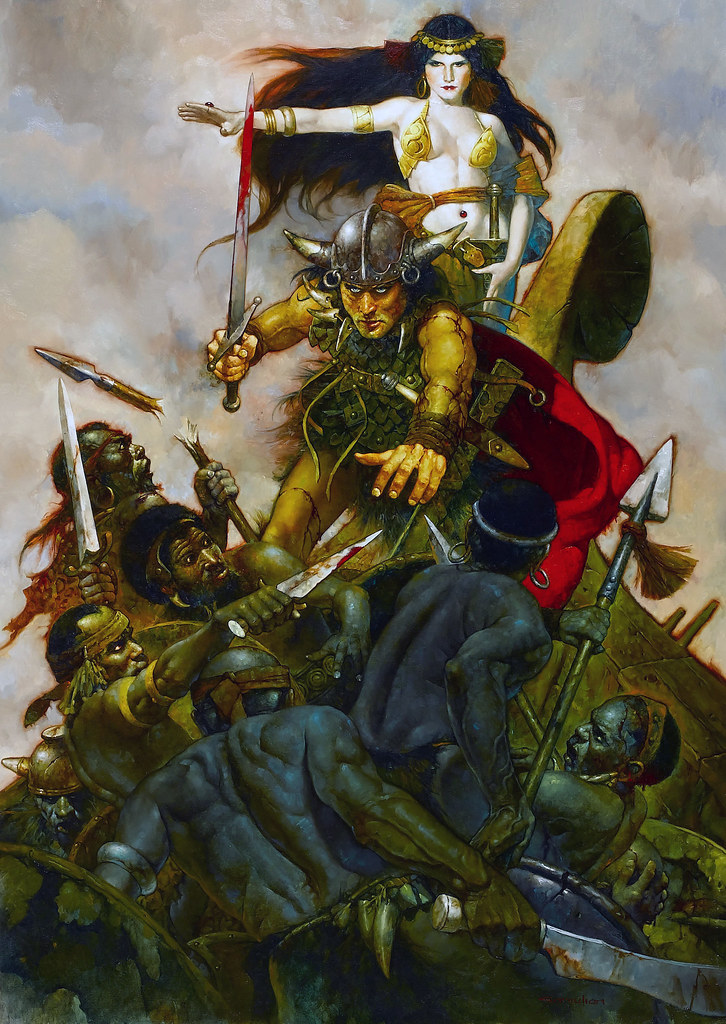