The 5th Frontier War between Zhodani and the Imperium just started in my campain.
Can somebody point me to more infos on how the war will progress? Is there any official material on it?
Top

It is going to come a bit late for you, I fear, but from 2018 onwards (likely for at least three years onwards) we are going to be going into the FFW in a big way...
Matthew Sprange

I had a look at the classic "Spinward Marches Campaign" Book and it seems to be exactely what I was looking for.
Thanks for the hint.
Top

Looking forward to it! A few of my players have expressed interest in being transported from the Reach to the Marches for the FFW. Hmm. I guess a J-6 Fleet Courier might be called upon to get them there.

We finally reach the frontiers of the Marches aaaaaaand the war is over!
Top

paltrysum wrote: ↑
Wed Jun 28, 2017 8:36 pm
Looking forward to it! A few of my players have expressed interest in being transported from the Reach to the Marches for the FFW. Hmm. I guess a J-6 Fleet Courier might be called upon to get them there.

I see the smiley by "misjump". But it's worth discussion. A misjump can be used as a ploy device, but it will feel wrong if it's too convenient. A misjump should almost always be bad news.

For example, the crew might find itself in an empty hex, and spend the next two weeks running triple shifts on the sensors, trying to spot a rogue iceball to tap for fuel. When someone finally spots something, it's ten weeks travel time away -- and the ship can only run life support and maneuver drives for six more weeks. Who gets murdered to reduce life support enough that the rest can survive?

"Wait!", says a passenger, worried that she might be one of the involuntary volunteers. "My tourist book says, 'In the event of a life support problem, Fast Drug can reduce life support needs,' so I got a 64-dose box at Costco."

"That doesn't help with the maneuver drive, but we can run three weeks toward the iceball, switch to minimal power for four weeks, and switch back on for three weeks to get to the iceball," says the chief engineer.

"If we only do three weeks under power before coasting, the minimal power time will be more than four weeks," says the pedantic navigator. "And we have to match velocity with the iceball, so it's a day or two more deceleration than acceleration."

"I get it, I get it," says the engineer. And we need some extra days for safety and to mimine the ice.

"Problem solved!" says the captain. "Except the only world in range of this void is a total backwater, and we have a drive that just misjumped on us, apparently because of a crack in a jump bubble flow guide. Or something like that?"

"We'll work on that while the rest of you bliss out on Fast Drug," says the chief engineer.

Point is, the misjump itself should be an adventure. And maybe the backwater world in the example is a mini-adventure. Only then do the players move on to the main adventure that the misjump put them into range of as the next phase of the campaign.

Another inconvenience of a long misjump is that the ship outruns regular communication, so any money held as letters of credit is frozen until the xboat fleet refreshes their location. Until then, they're running on cash, plus the value of any speculative cargo that may be aboard.

Also, I see that the note about the party arriving too late for the Fifth Frontier War dates back to June. Although the war is officially over, battles may still rage on. Maybe some balkanized worlds started into war, because the megacorporations that had imposed peace were too busy guarding their interests from the larger war. And now that the local war is going, it's not so easy to stop. Maybe an isolated fragment of a fleet needs to get home, and doesn't want to comply with orders to return spoils of war. Etc.

What was the party hoping to accomplish in the war?
Top

Next weekend is our next gaming session.
The last session my players jumped to ruby (knowing the war had already started) just to see a zhodani war fleet taking course to the planet.
They decided to wait and a few days later the zho ships were gone but leaving the planet under zhodani control.

I bought the 5th frontier war board game from drive through. So the plan for the next session is to set the game up and play the first round. Just to see how the different fleets will move
and to get an impression on the strengths of the different parties. I would like to to do one round of the game per gaming session and play our campaign according to that.

Did somebody already do this?
Top 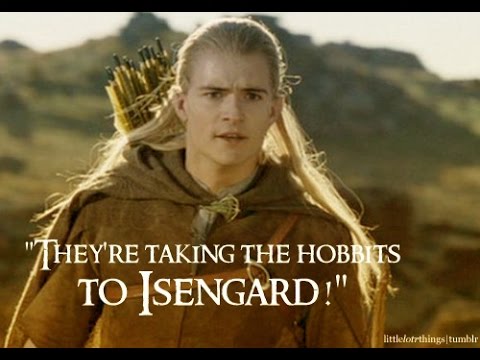 Users browsing this forum: No registered users and 83 guests