Confederation Navy: The Evolution of the Fleet Squadron

This is the equivalent of the Imperial Battle Squadron. Following Solomani Rim War experience those in the marches are built around battleships plus a screen of light escorts intended mainly for scouting. Tanker and courier units are attached. A typical squadron has six battleships, twelve escorts, two tankers, two tenders and six ﬂeet couriers. Solomani escorts are generally smaller than their Imperial equivalents and will rarely play a significant role in the battle line.

The way I see it, the reinforced Fleet Squadrons performed considerably better with four line of battle units than with two; the Confederation Navy doubled down on that, and reorganized them into three divisions with two capital ships each, commanded by a commodore, under the overall command of a rear admiral.

I'd add an additional tanker and tender, allowing each division to operate away from the Fleet Squadron; I don't think the fleet couriers would be seconded to scouting or reconnaissance, being too busy keeping the lines of communication open to neighbouring commands and Fleet Headquarters.

Since the fast fleet tankers and tenders have the same performance as the warships, they don't need an escort against opportunistic raiders, and the capital ships should be able to take care of themselves, leaving the escorts to perform the scouting and picketing duties.

The light cruisers seem tasked as destroyer leaders; I think one reason there isn't a need for them is that the escorts tend to get split up, and control would go to the nearest commodore. I expect that the escorts get loosely organized into two ship divisions commanded by the senior captain.

The surplus support ships would probably be gathered in a separate Logistics Squadron.

The cruisers are a mystery. The ones that haven't been donated to planetary navies and client states, probably are attached to Fleet Headquarters and/or are independent commands; though you don't even have a separate squadron for administrative purposes, so it would imply the numbers aren't large enough to bother.

It's quite possible that all the cruisers from the Rim War have been decommissioned, and the newer ones are tasked for missions that deploying a Fleet Squadron would be overkill.
Top

The Type SX fleet courier is designed to carry news orders, messages, vital packets and reports between Solomani Confederation Navy bases, task forces and headquarters. It also serves as a personal transport for senior officers travelling between commands and for SolSec agents who require fast interstellar transport. SolSec also uses its own fleet couriers to transmit monitor reports and other sensitive information, especially on the military. As fleet couriers often transport high-ranking officials, their interiors are
designed to be somewhat more comfortable than ordinary naval vessels of their size.

The Marathon class fleet courier entered service in 1071. It is a TL 14 design built by Solomani Military Industries, a commercial division of the Confederation Navy. It replaced the earlier TL 13 Columbus design used during the Solomani Rim War. Improvements include a quicker-cycling jump drive, better atmospheric mobility and superior control interface. Several dozen of the older Columbus class fleet couriers continue in service.

The fleet courier’s typical crew consists of a pilot, navigator, engineer, medic and two gunners. With this crew it will carry one passenger, although it may carry more passengers if the crew accept; double occupancy. The fleet courier is sometimes lent to worthy retired senior SolSec or Solomani Party officials to enable them to support Solomani Cause in an unofficial capacity.
Ships in Confederation service are named after famous races, couriers, riders, messengers or fast runners, such as Hermes, Sybil Luddington, Paul Revere or Raramuri.

Nicknamed Dory, finding Dory is slang in the Confederation Navy for locating a ride home.
Top

2. If it were technological level twelve, yes, those are realistic performances, maybe at thirteen, but certainly not at fourteen.

3. Fleet designator implies it can keep up with the primary fleet formations, which would be at least four. However, the Confederation is already being outpaced by the Imperium factor six couriers, which means that at a minimum they would need factor fives.

4. The Marathon class was probably earmarked as an improvement on the Suleiman class.

5. At best, these work as the last mile connector off the Confederation Navy's Express Boat routes.

6. I'm pretty sure that you could stuff that performance in to a hundred tonne hull; maybe not eleven tonnes of cargo, a twenty tonne launch and seven staterooms; however, the vessel would act as it's own launch, and the Solomani are renowned for squeezing into tight spaces.
Top

Let's see if we can make an improved Suleiman.

Cargo fourteen and a half tonnes: air/raft for four tonne, in theory a two tonne airlock, five tonnes of aerofoils

One guy could operate it.
Top

That would be one four tonne stateroom.

You could make it twenty nine and a half tonnes modular.

That means that the engineering and fuel would be fixed, but that the module could be pre arranged into any suitable configuration.

Or twenty four and a half, if you keep the aerofoils, making it highly suitable to land in an atmosphere.

Sort of perfect for point to point.
Top

Piloting is one of those essential skills that really do matter in a crunch.

Like engineering, the skillee has to choose which path he specializes, smallcraft, spaceships or be a capitalist.

The Confederation Navy would steer their most promising pilots towards the capitalistic stream, and the rest spacecraftian.

While all pilots could handle smallcraft, Confederation warcraft are all at least a hundred tonnes, making up for the loss in maneuverability with greater ranged weapon systems and survivability, and building up a concentrated cadre.

Colonial navies are encouraged to foster smallcraft skill, from where would be drawn the pilots that would man sub hundred tonne warcraft, that would be based on escort carriers if deployed out of their home systems.

Optionally, you might have army or Marine personnel trained to pilot one shot assault shuttles.
Top

Basically, thirty one hundred fifty tonnes, which would be assigned thirty engineers under large crew rules, but you'd divide that into three shifts.

I'm a little unclear as to whether jump drives require constant monitoring when they are not engaged, otherwise the jump drive specialists would get reassigned.

You'd have a pool of zeroed engineers that are assigned to assist the specialists, before they are streamed into those specialities.
Top

I'd like to call these two hundred tonne heavy interceptor and attack spacecraft Tomcats. 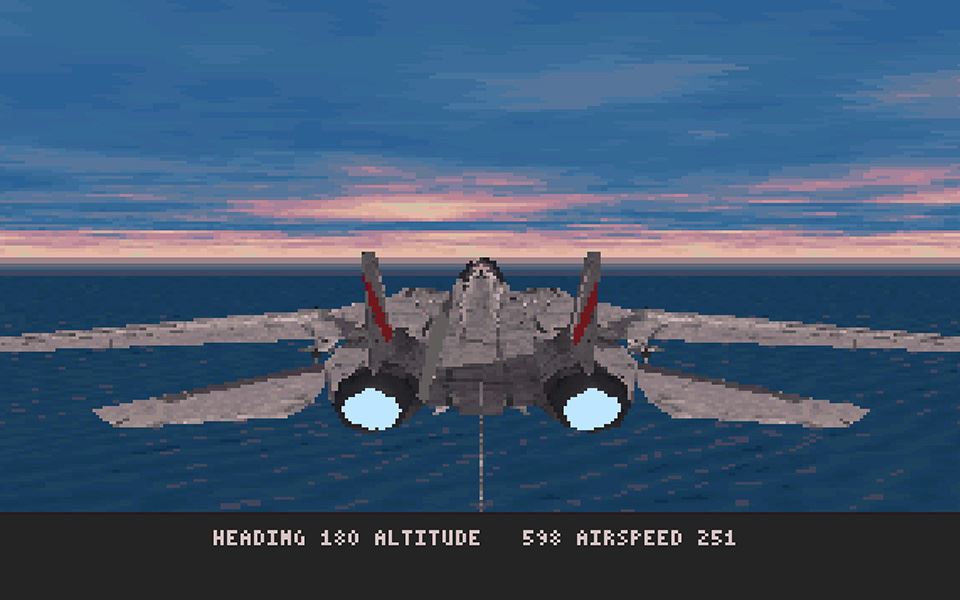 We continue our look at Space Warfare by examining the notion of assaulting and invading planets. Often seen in fiction as vulnerable locations at the mercy of space-based weapons and fleets, we will see that they are far more hardened targets, able to serve as bastions against attack.
Top 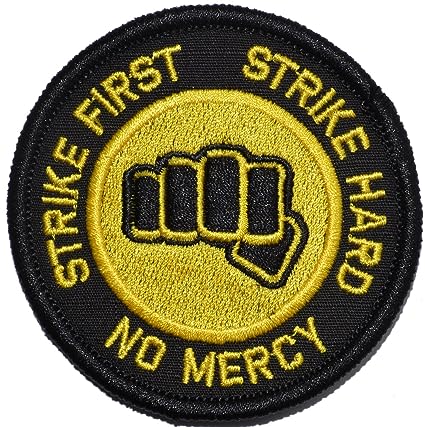 I'm going to take a stab at this.

Squadrons are administrative formations, smaller vesselled ones tend to be broken up and assigned independent missions and/or attached to larger vesselled units.

Task Forces are operational formations, principally built around a Fleet Squadron, with additional reconnaissance, courier and logistics vessels attached. Home Guard naval units and member world formations can be activated and attached and placed in the chain of command as well, usually capital and patrol ship formations.

Member world navies that organize large formations tend to term them as fleets.

Task Groups are operational formations composed around one or two capital ships, whether Confederation Navy, Home Guard, member world, ally and/or client state. This would be for the Confederation Navy large assault or super carriers, as well as line of battle ships (normally a Fleet Division). There are separate Task Groups for patrol, reconnaissance, logistics, communications and troop ships.

Strike Forces tend to be independent commands built around a single cruiser or capital ship, usually a deep strike cruiser, possibly with an appropriate escort and fleet support.

Strike Groups would be composed of a small number of escort sized ships with a substantial offensive punch.
Top

In Solomani terms, the Grand Fleet is the massed naval might of the Confederation under one command, for the express purpose of forcing a decisive engagement with the strategic goal of achieving naval supremacy, at least in the mid term.

The Combined Fleet would be the concentration of naval assets from a more restricted geographical area, not exceeding a sector, and unlike the gathering of a Grand Fleet, usually planned for in advance and in pursuit of an important operational objective.

If not, then they are organized into Combined Task Groups.

A Joint Task Force, is basically equal parts warships and troop transports, usually capital and support ships escorting assault squadrons. After establishing command of near orbital space, the naval commander would be tasked to support planetary assaults and landings, and securing the planet against interference by opposing space forces.

A Joint Task Group would be an Assault Squadron supported by warships, in a separate command.

A Battle Force is essentially a battle fleet, optimized for a head on engagement with the primary opposing formation.

A Battle Group is an ad hoc tactical formation, usually composed of naval assets within the immediate vicinity, created in reaction to a developing (probably unexpected) situation, lead by a charismatic commander. Can be any size, but unlikely to exceed that of a Task Force.
Top

We probably know far more about the Home Guard than the Confederation Army.

But let's assume that on the Sector level, it would have the same number of personnel as their opposing number, the Imperium Army.

They would be very much aware that their primary purpose is to assault heavily armed and garrisoned Imperium worlds, and then to hold them. In the meantime, to provide the backbone for any peacekeeping missions, mostly amongst the mutinous member worlds.

They know they are technologically at an disadvantage against the Imperium, so their combat units will have an emphasis on two of the three primary attributes that are desirable in a firefight, and in some cases, only on one.
Top

I'm inclined to think that Brigade Combat Teams will remain standard combat formation, large enough to punch and able to absorb attrition, with the structure to maintain the necessary support troops for sustained operations. Though, let's label them Task Groups.

That would make the army division the Task Force, which would function more as the command and control node, that a Confederation Army division would form the core, to which any number of supporting, auxiliary, allied and mercenary units could be attached to, making it more the equivalent of the Roman Legion. This would be made possible by the oversized divisional staff that coordinates activities.

The standard number of combat brigade headquarters is four, with combat support headquarters of logistics, engineering/maintenance, artillery and aerospace, plus Home Guard, member world, paramilitary. allied and private military contracted formations, that could have demibrigade headquarters established to handle the overflow, though neatly referred to the general term of Task Group.

A Battle Group is an ad hoc tactical formation, made up of local units, created in reaction to a developing (probably unexpected) situation, lead by a charismatic commander. Can be any size, but unlikely to exceed that of a Task Force.

If they use the term Battle Force, it would be to confuse enemy intelligence. Maybe it's a pseudo Corps sized formation, where it's split off from an Army level command.
Top
Post Reply
847 posts