by Condottiere
Spaceships: Engineering and MAKING IT (Fusion Reactors) WORK

At the core of fusion science is plasma physics.

At extreme temperatures, electrons are separated from nuclei and a gas becomes a plasma—an ionized state of matter similar to a gas. Composed of charged particles (positive nuclei and negative electrons), plasmas are very tenuous environments, nearly one million times less dense than the air we breathe. Fusion plasmas provide the environment in which light elements can fuse and yield energy.

Three conditions must be fulfilled to achieve fusion in a laboratory: very high temperature (to provoke high-energy collisions); sufficient plasma particle density (to increase the likelihood that collisions do occur); and sufficient confinement time (to hold the plasma, which has a propensity to expand, within a defined volume).

In ITER, fusion will be achieved in a tokamak device that uses magnetic fields to contain and control the hot plasma. The plasma particles are heated—that is, sped up—by different types of auxiliary heating methods. The fusion between deuterium and tritium (DT) nuclei produces one helium nucleus, one neutron, and great amounts of energy.

CAPTURING THE ENERGY
More than 99% of the Universe exists as plasma, including interstellar matter, stars and the Sun. Examples of plasmas on Earth are: neon tubes, lightning, the northern lights (aurora borealis), and the glow of plasma televisions. (Click to view larger version...)

The helium nucleus carries an electric charge which will be subject to the magnetic fields of the tokamak and remain confined within the plasma, contributing to its continued heating. However, approximately 80 percent of the energy produced is carried away from the plasma by the neutron which has no electrical charge and is therefore unaffected by magnetic fields. The neutrons will be absorbed by the surrounding walls of the tokamak, where their kinetic energy will be transferred to the walls as heat.

In ITER, this heat will be captured by cooling water circulating in the vessel walls and eventually dispersed through cooling towers. In the type of fusion power plant envisaged for the second half of this century, the heat will be used to produce steam and—by way of turbines and alternators—electricity.

In terms of sheer scale, the energy potential of the fusion reaction is superior to all other energy sources that we know on Earth. Fusing atoms together in a controlled way releases nearly four million times more energy than a chemical reaction such as the burning of coal, oil or gas and four times more than nuclear fission. 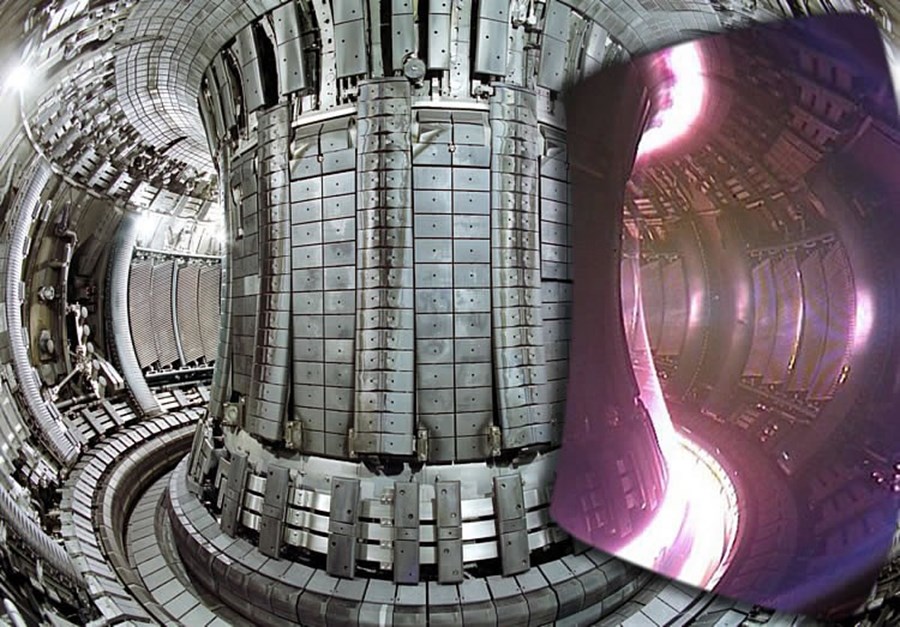 If it wasn't hot before.

Use the hydrogen in the tanks to drive electrical turbines, and poop some of it occasionally in the form of plasma to sink the ambient temperature.

Copenhagen Suborbitals is the world's only manned, crowdfunded space program. In the future, a volunteer astronaut will fly to space on our home-built rocket. We do this on our spare time, all the donations go to paying our workshop rent and buying materials. We are forever thankful to each of our supporters!

In this video we talk about rocket engine test stand design for our bi-liquid BPM100 - the world's largest rocket engine built to be by a non-profit, crowdfunded organization. We also explain how our rocket turbopump substitute - a liquid nitrogen burner heat exchanger works. This will be the pressure regulation system that will fly our crewed Spica rocket. 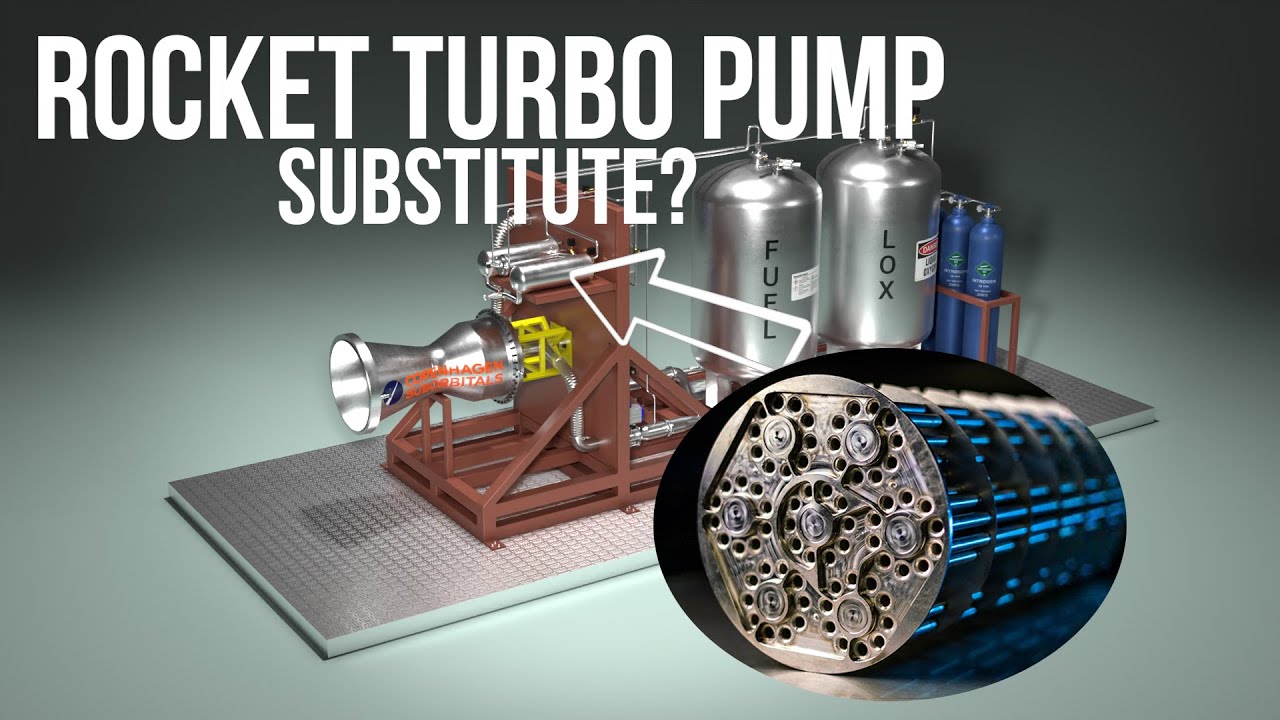 The type of engineering I can relate to: shoe string.

by Condottiere
Spaceships: Engineering and Mesoporous Graphene for Lithium-ion batteries [2020]

Graphene has a theoretical capacity of 744 mAh/g with outstanding electronic mobility at 10,000 cm2/V and extremely high lithium diffusivity at 10-7 – 10-6 cm2/s, it holds great promise as an anode material for high-energy-power lithium-ion batteries.

But the problem has always been producing high quality graphene sheets as we know that any defect will decrease the electric conductivity, electrochemical and structural stability which in turn has a negative effect in power density and Coulombic efficiency.

So far tests conducted with graphene yielded unfavorable results due to how difficult it was to produce high quality sheets, but in this research, titled High-quality mesoporous graphene particles as high-energy and fast-charging anodes for lithium-ion batteries, they were able to improve high quality sheets yield by chemical vapor deposition using a mesoporous Magnesium Oxide as a template and catalyst to start the process and adding an additional step with microwave radiation.

They basically grew nitrogen-doped graphene within the pores of the Magnesium Oxide template.

The idea is straight forward, you have a structure full of holes whereby using chemical vapor deposition, the nitrogen-doped graphene accumulates in these pores reacting with each other and turn forming a graphene sheet, all you need to do now is to submit the structure to an etching process to chemically remove the Magnesium Oxide template. 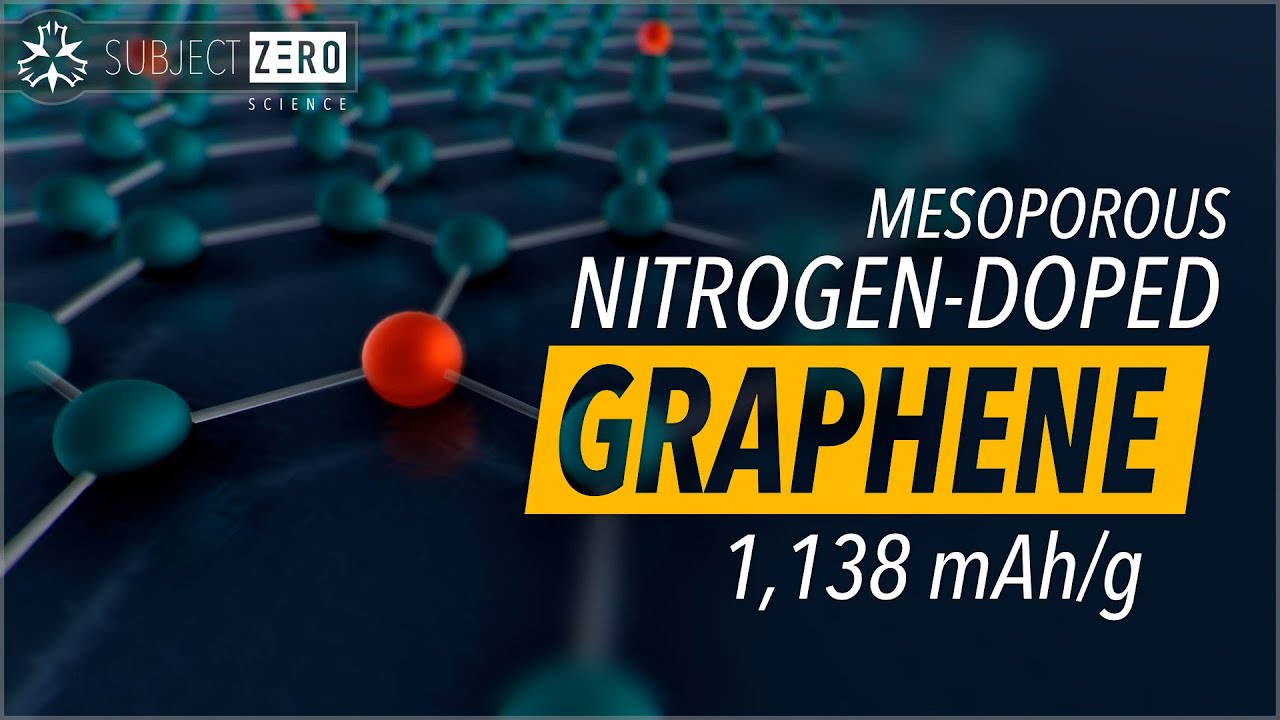 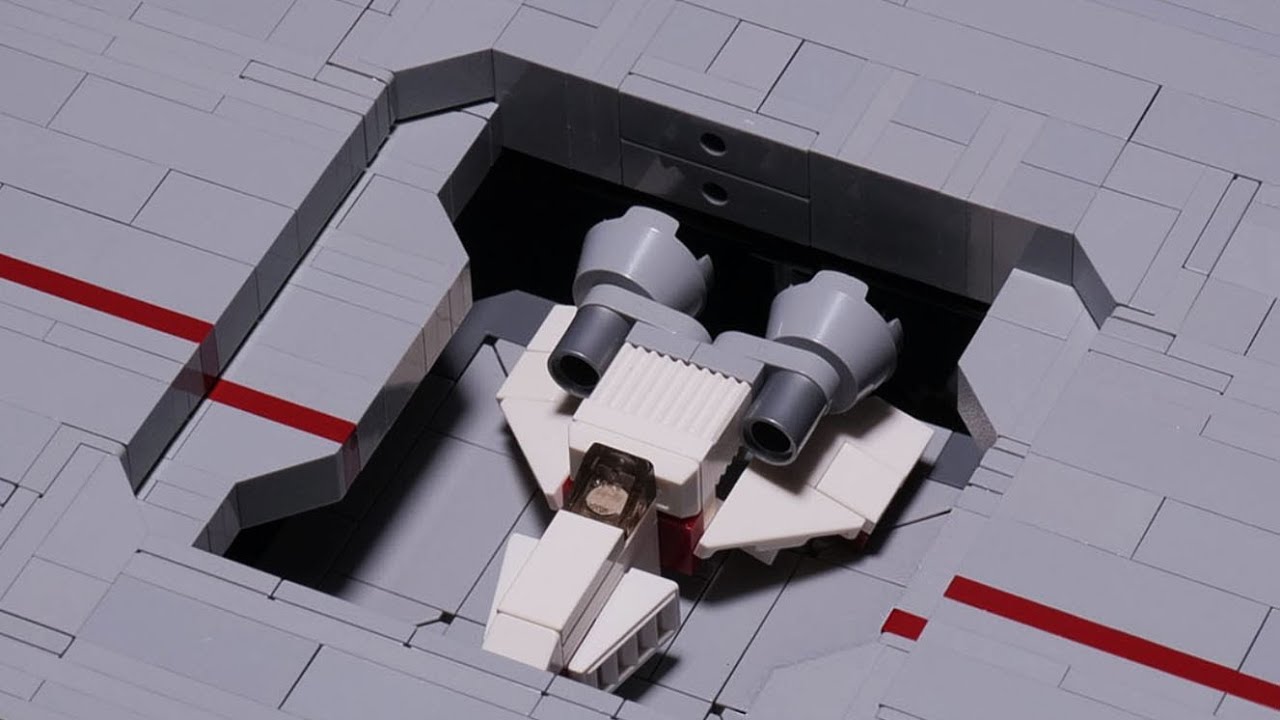 And if there's a power shortage, you can hand crank it.

In this video we give you a brief update on our initial experimentation with coaxial swirlers as intended to be used in our Spica rocket BPM100 engine. and explain how these rocket fuel injectors work. 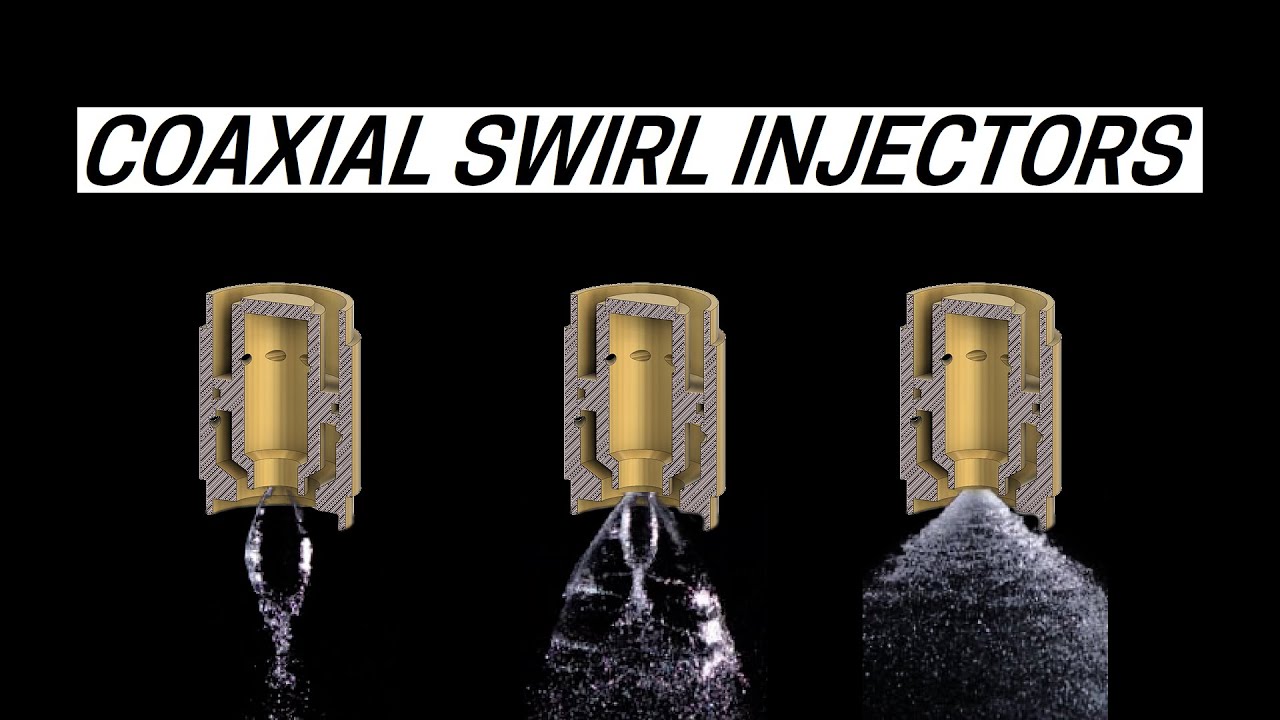 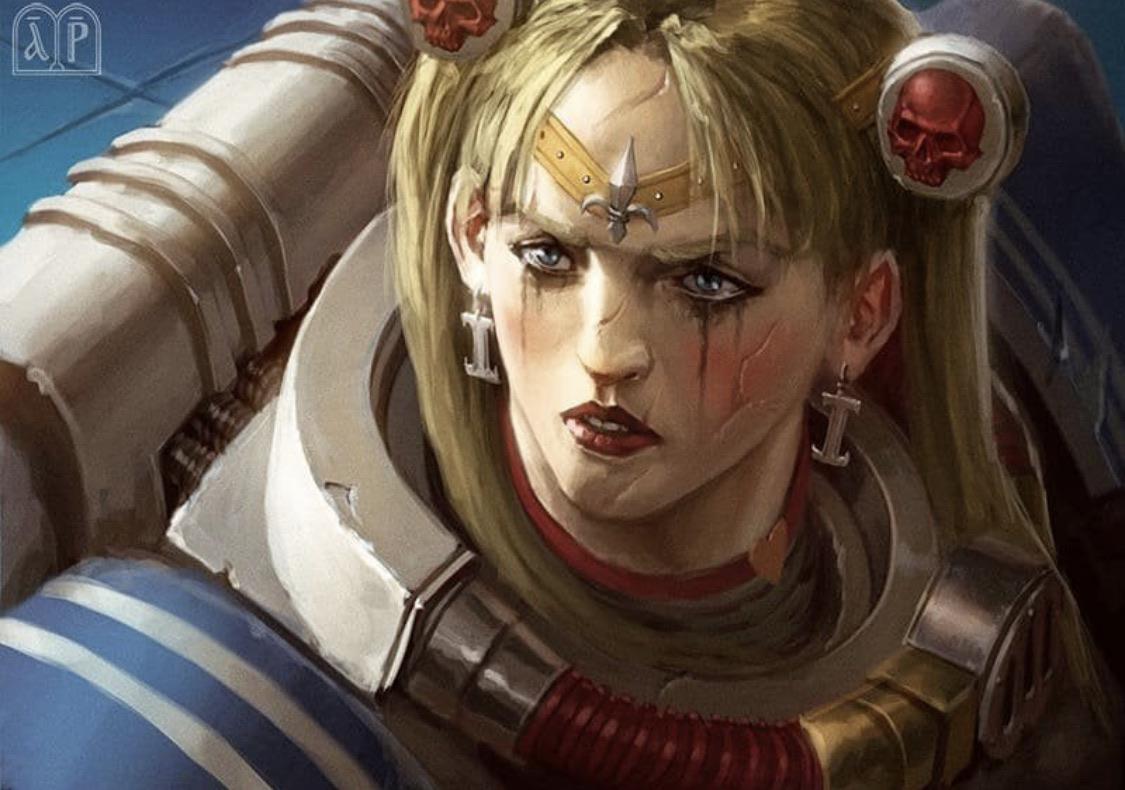