The old Romulan Warbird from Star Trek TNG is long overdue for an upgrade. This is the IRW Aquila - a CG model for an upgraded variant of the huge D'deridex class battle-cruiser! 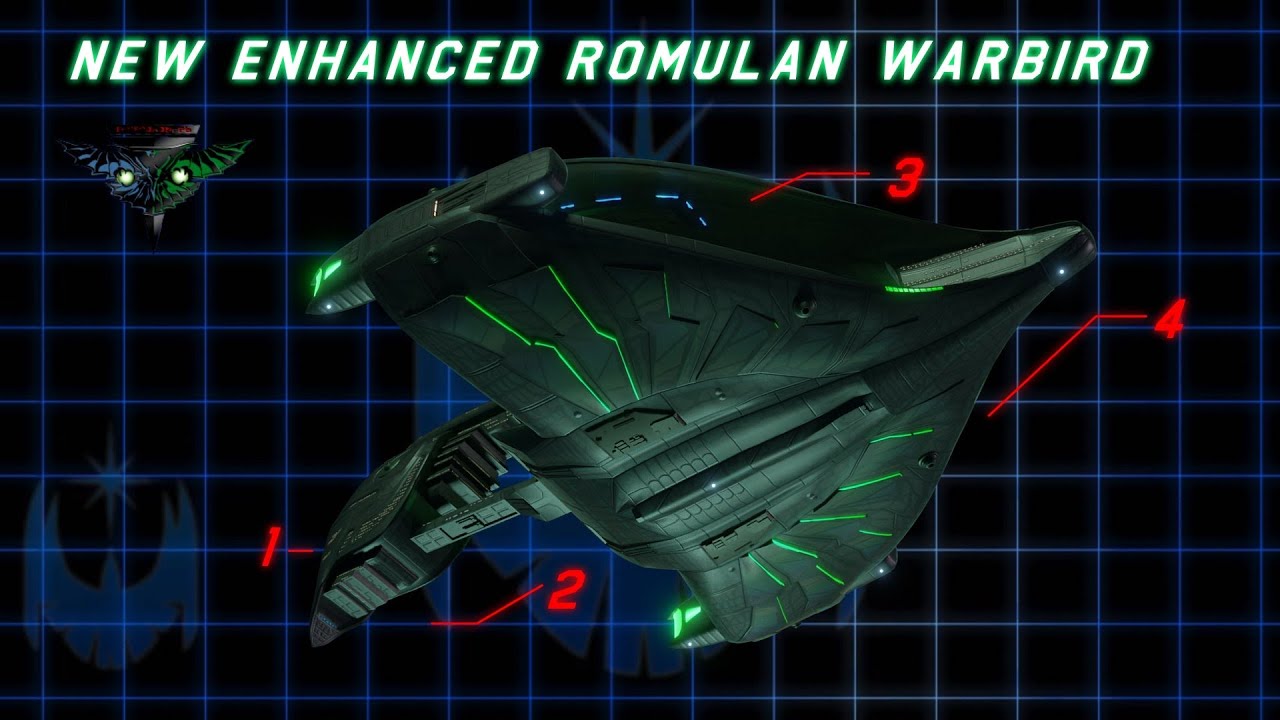 Spaceships: Armaments and What Happens When You Stick Your Head Into a Particle Accelerator?

In the video today, we're looking at what happens when you stick your head into a running particle accelerator. While you might think we can only speculate, it turns out someone actually accidentally did it once and was naturally studied to an extreme degree after.

In the Bonus Facts section, we also look at the surprisingly slow speed of electricity. If you, like most, think electricity travels at the speed of light, it turns out you couldn't be more wrong.

A common turtle is vastly faster. 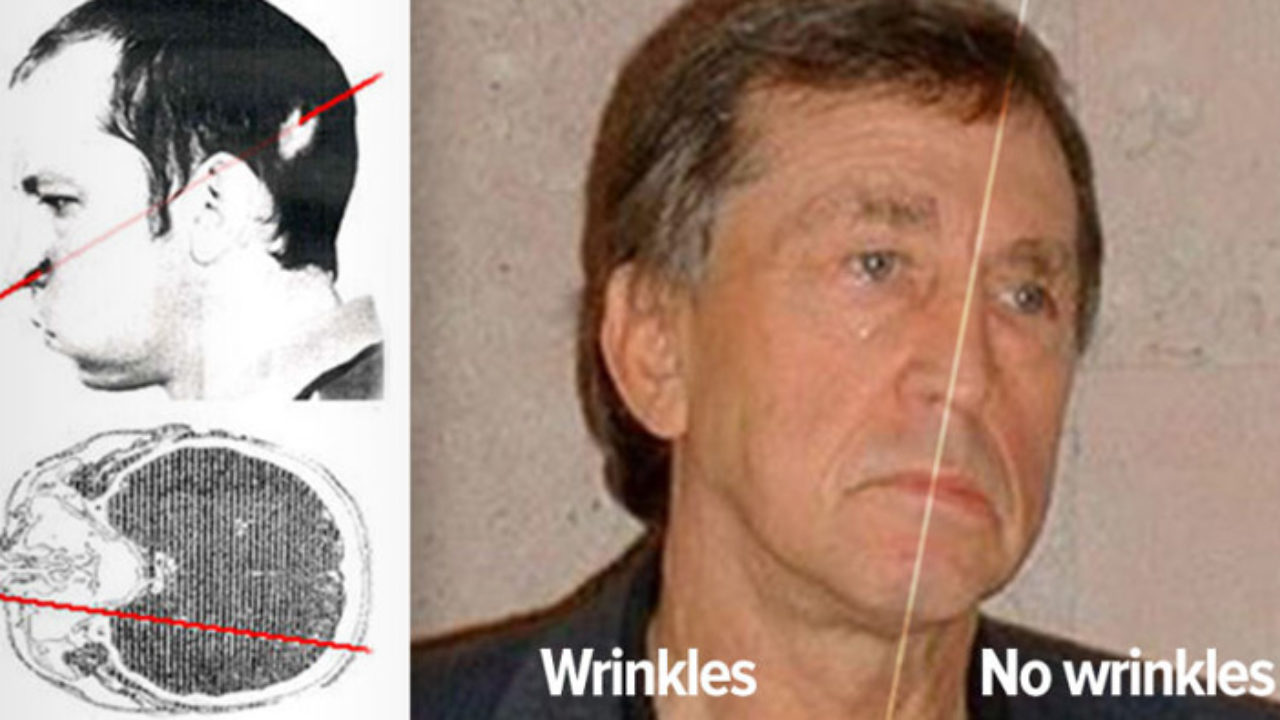 The gunner can have a second career as a cosmetic surgeon. 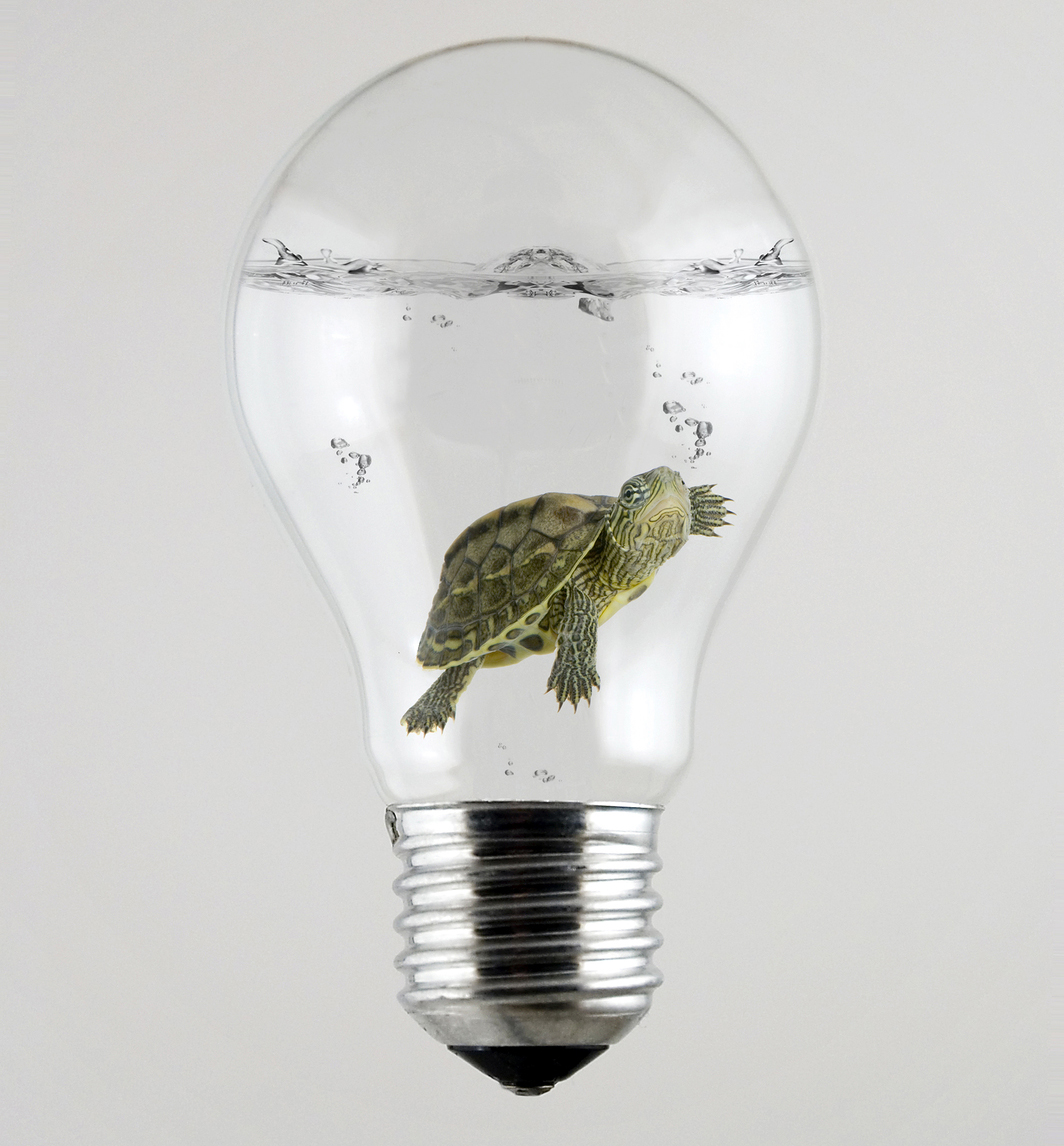 We take a look at seven unique starship bridge designs that balance function and aesthetics.


Like firearm safety switches, it's likely that touchscreen control require at least a second factor authentication, to prevent accidental touching of controls, besides the obvious discharge of weapon systems and the ship's self destruct option.
Top 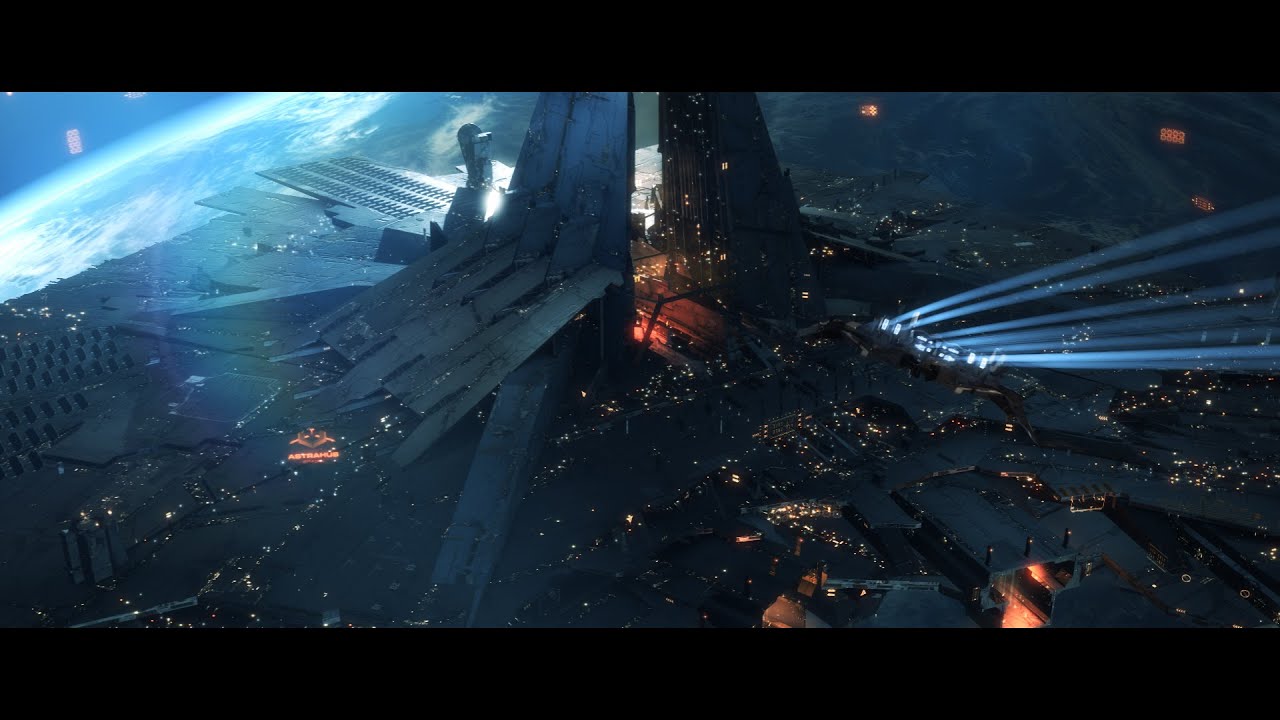 A four-star general begrudgingly teams up with an eccentric scientist to get the U.S. military's newest agency — Space Force — ready for lift-off. 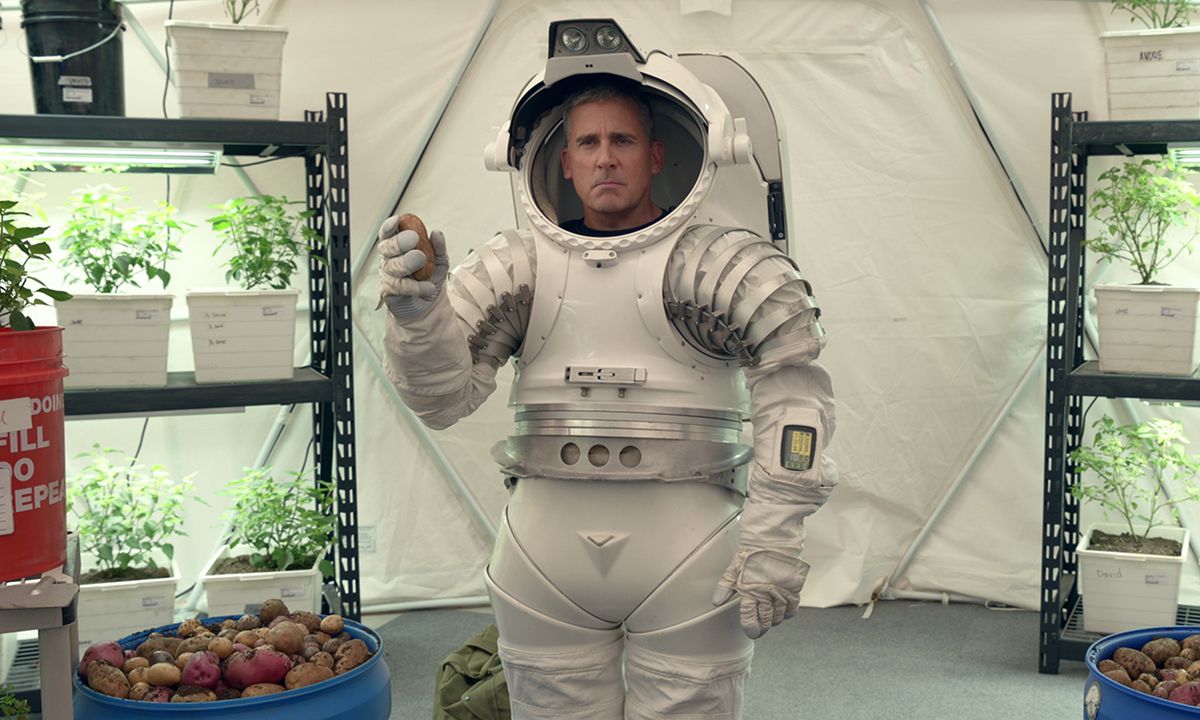 As a scientist, you have loyalty to reason; it makes you a little untrustworthy.
Top 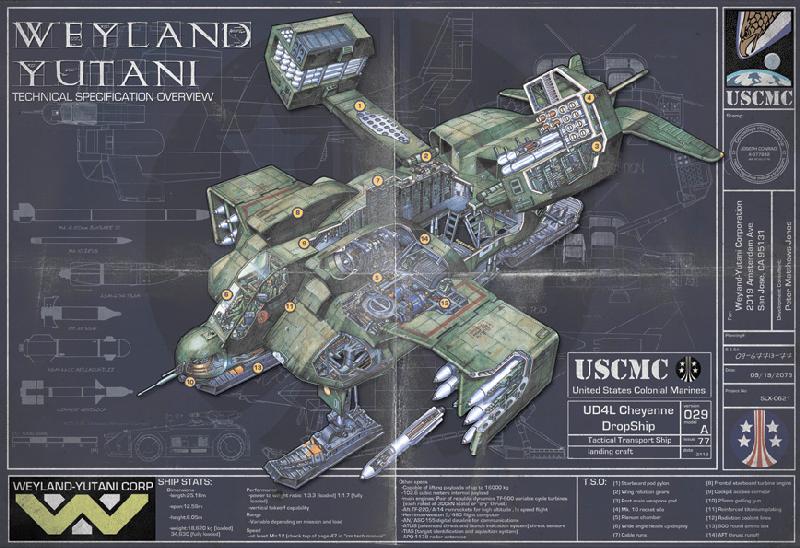 The stealth aspect is interesting, though you have to wonder how that's maintained with the mothership in orbit, unless it glides in an intercept course with the planetary body, before dropping in for Tea.
Top

Spaceships: Hulls and The Future of Tank Armor

It's a lot harder to speculate on what armor tanks will use in the future, there aren't nearly as many interesting developments or projects, but I did find a few I could talk about. I found one development for passive armor and one for reactive armor, and I also talk about how I think future tanks will try to make their armor as effective as possible.

Energy requirement isn't really an issue, though you have to wonder if there's no power to bonded superdense, does it become just plain superdense? You ion blast a specific point of the hull, shortcircuiting the energy grid, and follow up with ordnance or energy weapons.
Top

Inspiration: The Assault on Thoth Station Battle Analysis | The Expanse

The Assault on Thoth Station was a battle that seemed to end before it started - it was short - but the tactics employed on the part of the mission crew were unique and are worth taking a closer look at. In Today's video we are going to do just that as well as look into the story behind this now famous battle. 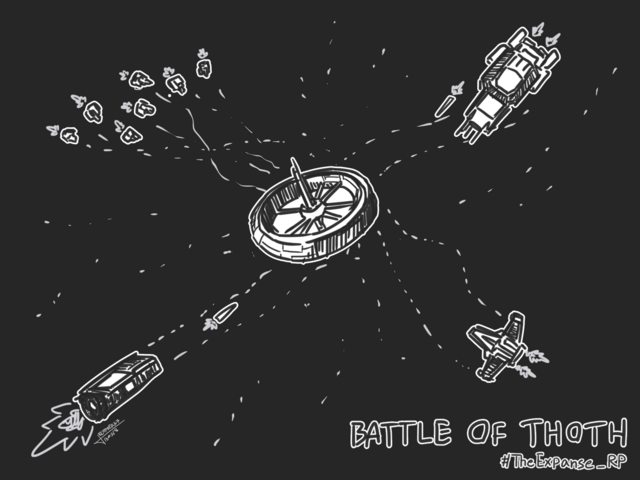 By the same creator - what the movies (and most rpgs) get wrong about space combat: 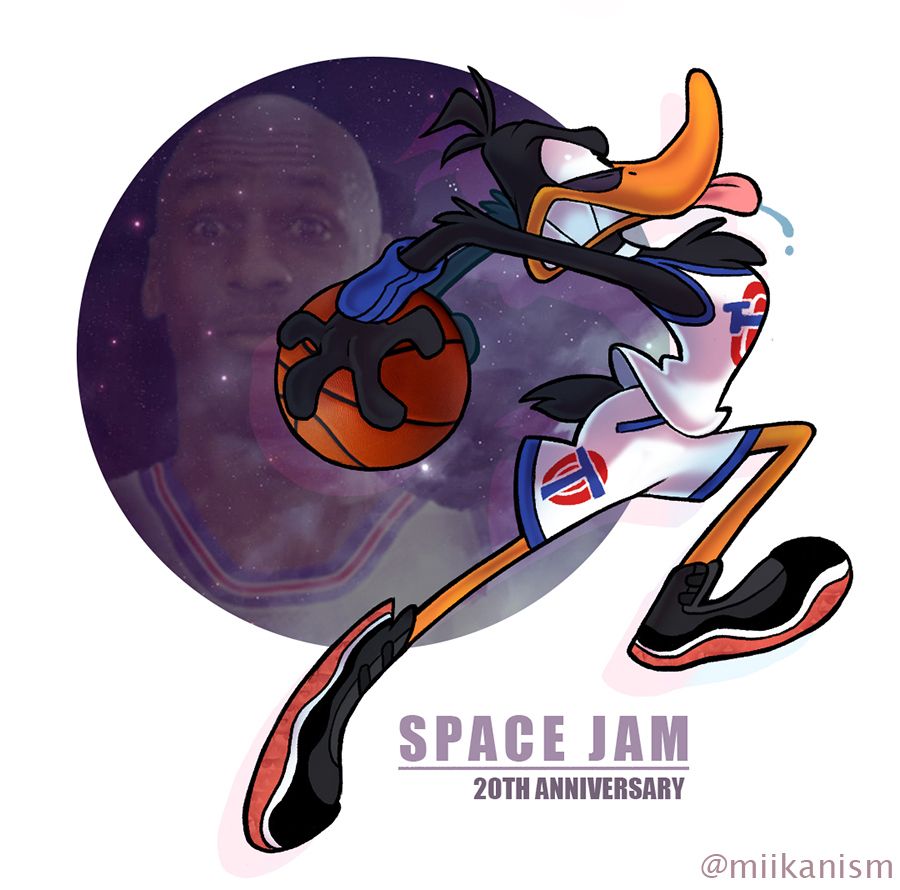 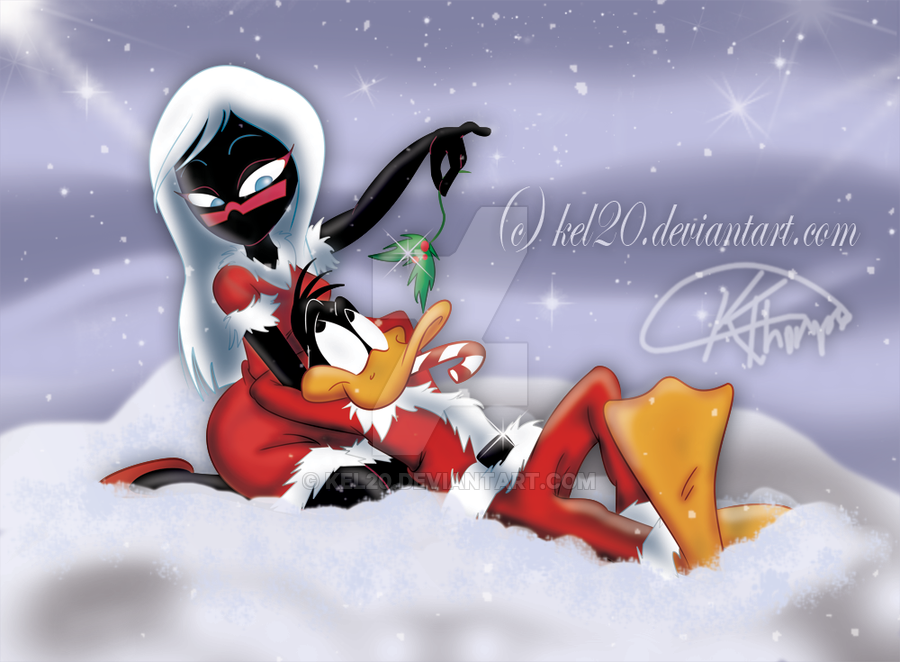 Okay, he's not sitting, but he can't duck nor dodge either.
Top

Inspiration: Why Are There No Fighters in The Expanse? | Expanse Lore

Analysis of the combat doctrine used with The Expanse onto the viability, or lack there of, of starfighters. 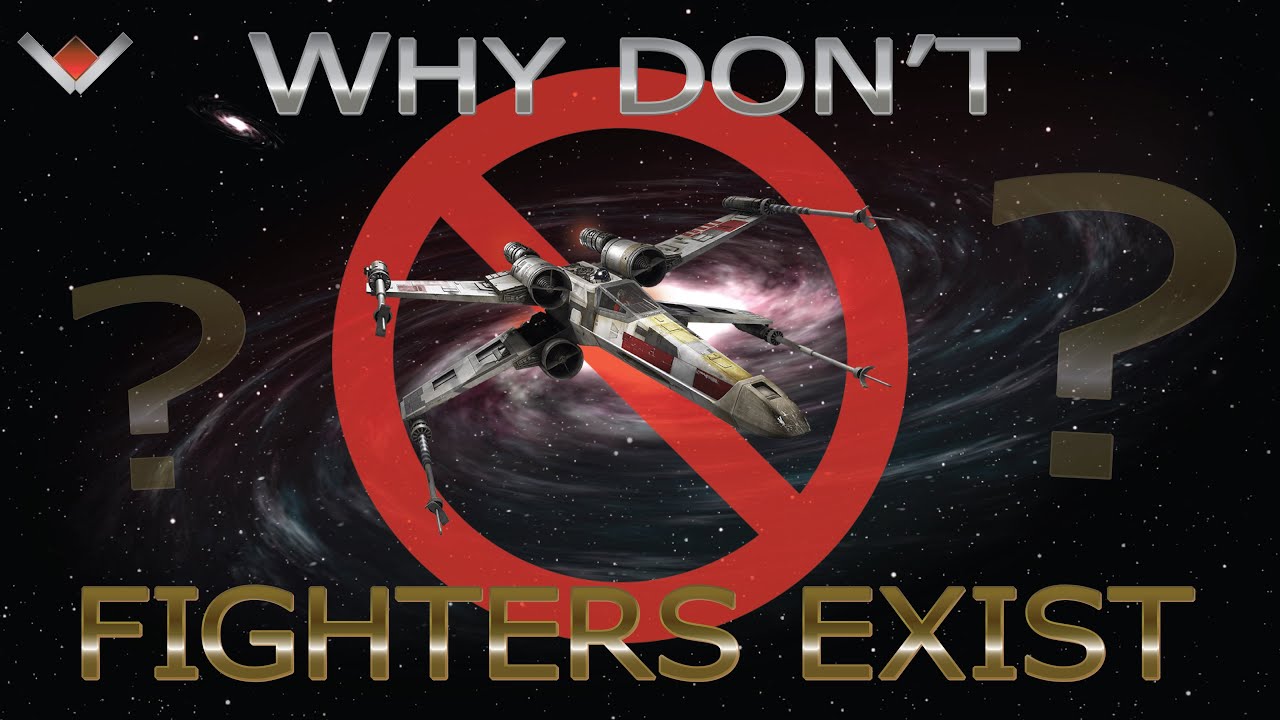 I agree with every point made in this video and it it equally applicable to Traveller.
Top

Some refining needed but there is considerable potential here for a fast paced air combat and tactics game set in 40k during the Rynn's World campaign.

2. Kinda reminds me of Deadlock.
Top 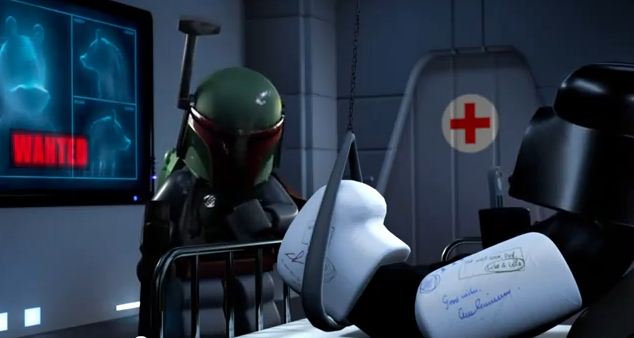 Inspiration: How To Dock With ISS in SpaceX's Free Dragon Docking Simulator

In advance of the DM-2 Flight carrying crew to the ISS using the first privately designed and built spacecraft SpaceX have released a cut down version of the Dragon simulator which allows you to fly the docking sequence with the ISS. While this is only a cut down version of a full Dragon 2 simulation, it does give you a chance to see how the user interface design is radically different from existing space vehicles.
It also gives you a chance to fly recklessly around a simulated ISS, since they won't let you do that in real life.
https://iss-sim.spacex.com/ 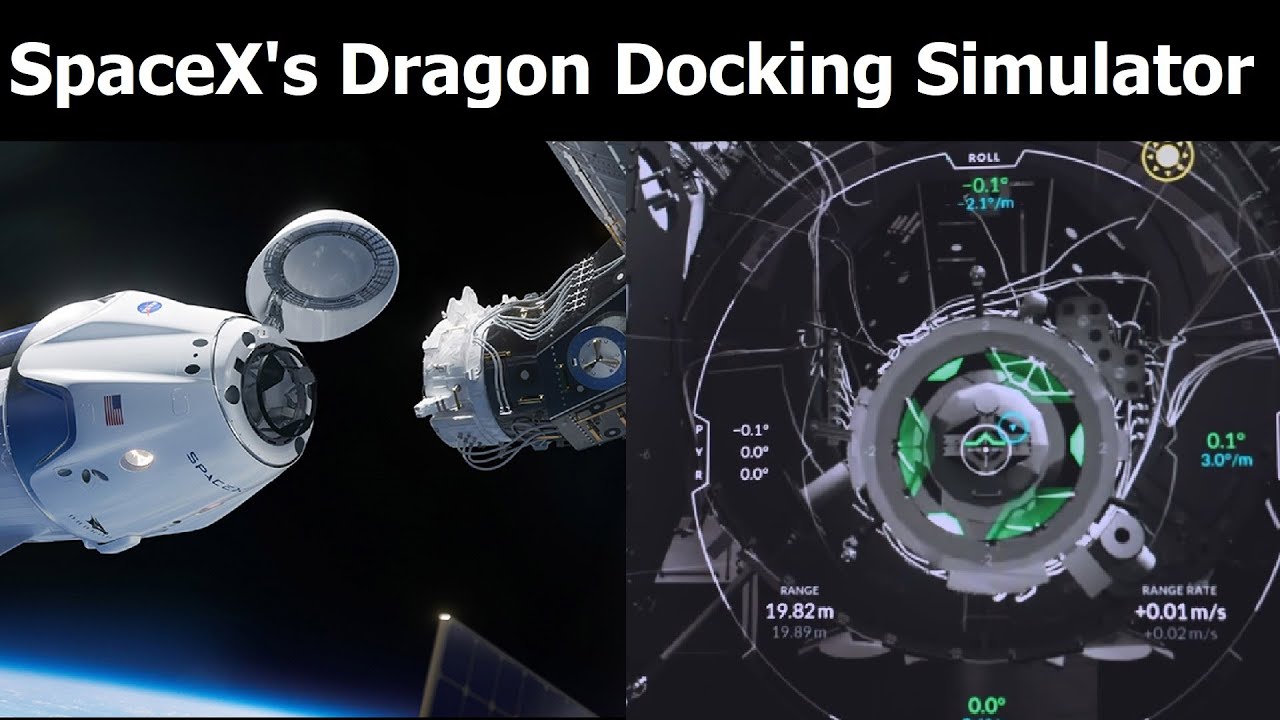 Hollywood has had its fair share of historically troubled productions. Whether it was casting changes, actor deaths, fired directors, in-production rewrites, constant delays, budget cuts or studio edits, these films had every intention to be a blockbuster, but were beset with unforeseen disasters. Sometimes huge hits, sometimes box office bombs.

In the latest episode we look back at what happened to director Paul Verhoeven's now-classic sci-fi romp, STARSHIP TROOPERS! Originally released in 1997, the film was skewered by critics and audiences were skittish. Starring Casper Van Dien, Denise Richards, Neil Patrick Harris, Jake Busey, Dina Meyer and Clancy Brown, the adaptation of the award-winning novel by Robert A. Heinlein was a tough nut to crack and folks were initially turned off by the hardcore ultraviolence and irreverent satirical edge. However, those same aspects are what has helped make it the cult classic it is today, leaving us with the question of WTF Happened To This Movie? Hollywood has had its fair share of historically troubled productions. Whether it was casting changes, actor deaths, fired directors, in-production rewrites, constant delays, budget cuts or studio edits, these films had every intention to be a blockbuster, but were beset with unforeseen disasters. Sometimes huge hits, sometimes box office bombs.

In this episode we look at 1980's FLASH GORDON, based on the old comic strip serials (which eventually inspired George Lucas to make STAR WARS) and starring Sam J. Jones, Max von Sydow, Brian Blessed, Timothy Dalton, Melody Anderson and Ornella Muti. Directed by Mike Hodges (GET CARTER) and featuring a killer soundtrack from Queen, the film was a tumultuous mess during production with on-set fights, mixed-language crews, a constantly-revised script and star Sam J. Jones eventually leaving the production over a pay dispute and never returning, causing most of his lines to be dubbed. The film wasn't a critical success upon release, but over time has garnered cult status and the Queen soundtrack has stood the test of time. Let's jump back 40 years and find out WTF Happened to FLASH GORDON!

You have to love that gangway balcony feature, that is a double edged sword; it can provide a platform for Marines to use their heavy weapons, and makes boarding easier. 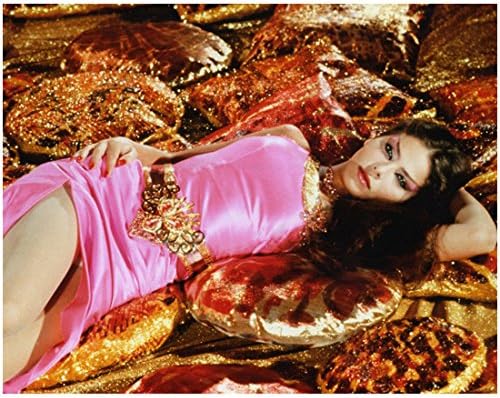 In a constant state of excitement.
Top

In covering The Expanse on this channel I want to make sure to do a video on each of the ships. I wasn't originally going to do the Anubis/Amun-Ra Class because there is so little known about it and such little footage available but I decided to give it a shot anyway because I think that it's an interesting ship to look at and it boasts some advanced technology that make it one of the more feared ships in The Expanse's universe. 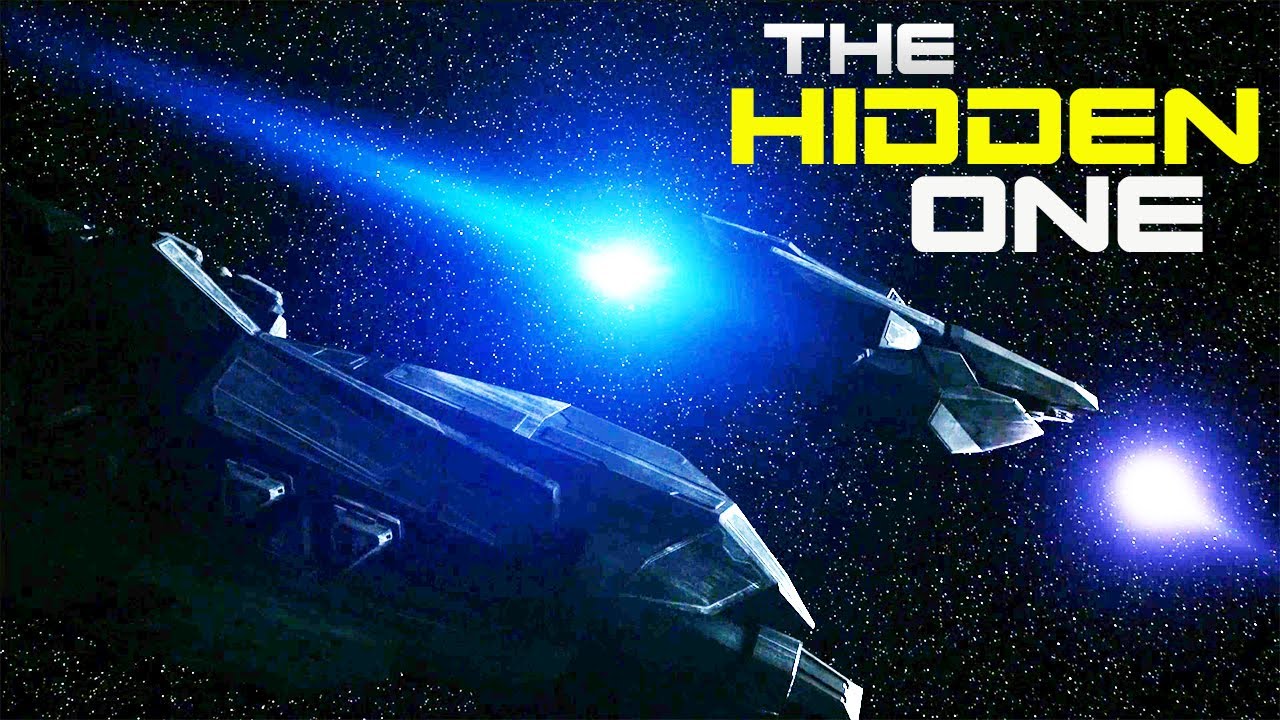 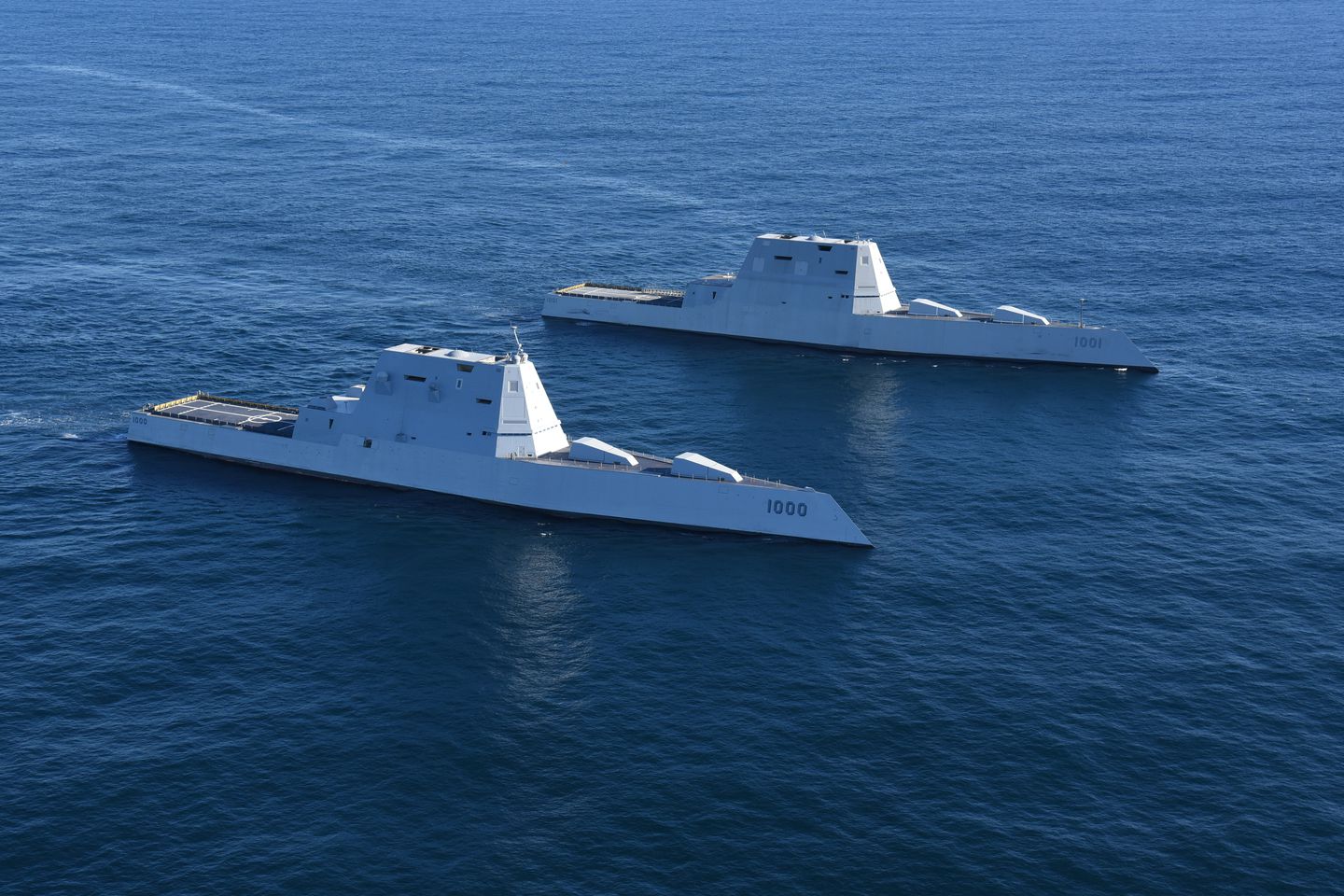 Spaceships: Engineering and Hydrogen: The Savior of the Shipping Industry

To learn more about the fight to stop climate change go to https://gatesnot.es/3dkhdhH. Thanks to Bill Gates and Breakthrough Energy for supporting this episode of SciShow.

Huge container ships relying on fossil fuels transport all kinds of goods across the ocean, creating a huge climate change impact. But there's a better way to power this transport using, of all things, water. 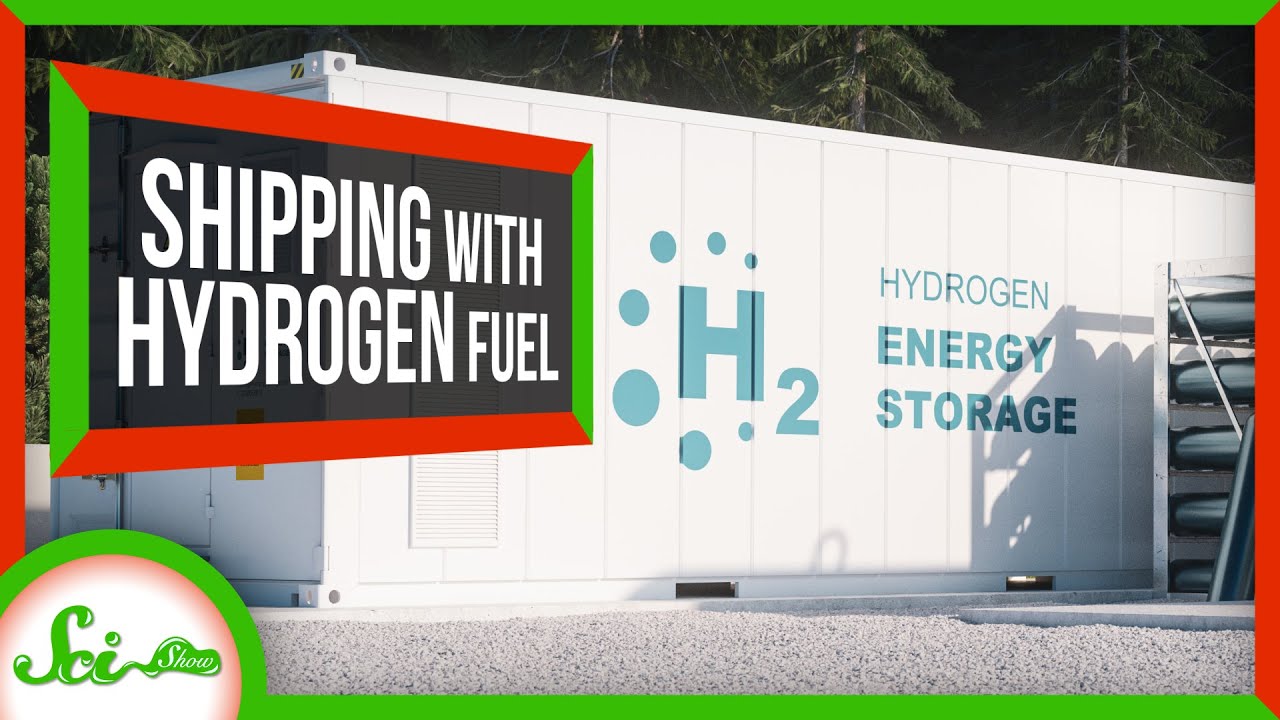 One thing we do have access to, is lots of hydrogen; by product oxygen.
Top
Post Reply
3174 posts

Users browsing this forum: No registered users and 52 guests