Spaceships: Hulls and Why don't we fill an Airship with a Vacuum?

In the early 1900s massive airships ruled the sky, offering luxury commercial travel significantly faster than the steamships that ruled the waves. But a series of disasters, including the demise of Britain’s R101 and culminating in the infamous Hindenburg disaster shattered public confidence in airships. Hydrogen proved too volatile for the public’s safety, and was replaced with helium. But the lack of lift that helium provides ended the commercial airship travel, but what if instead of helium, hydrogen was replaced with something lighter – a vacuum. 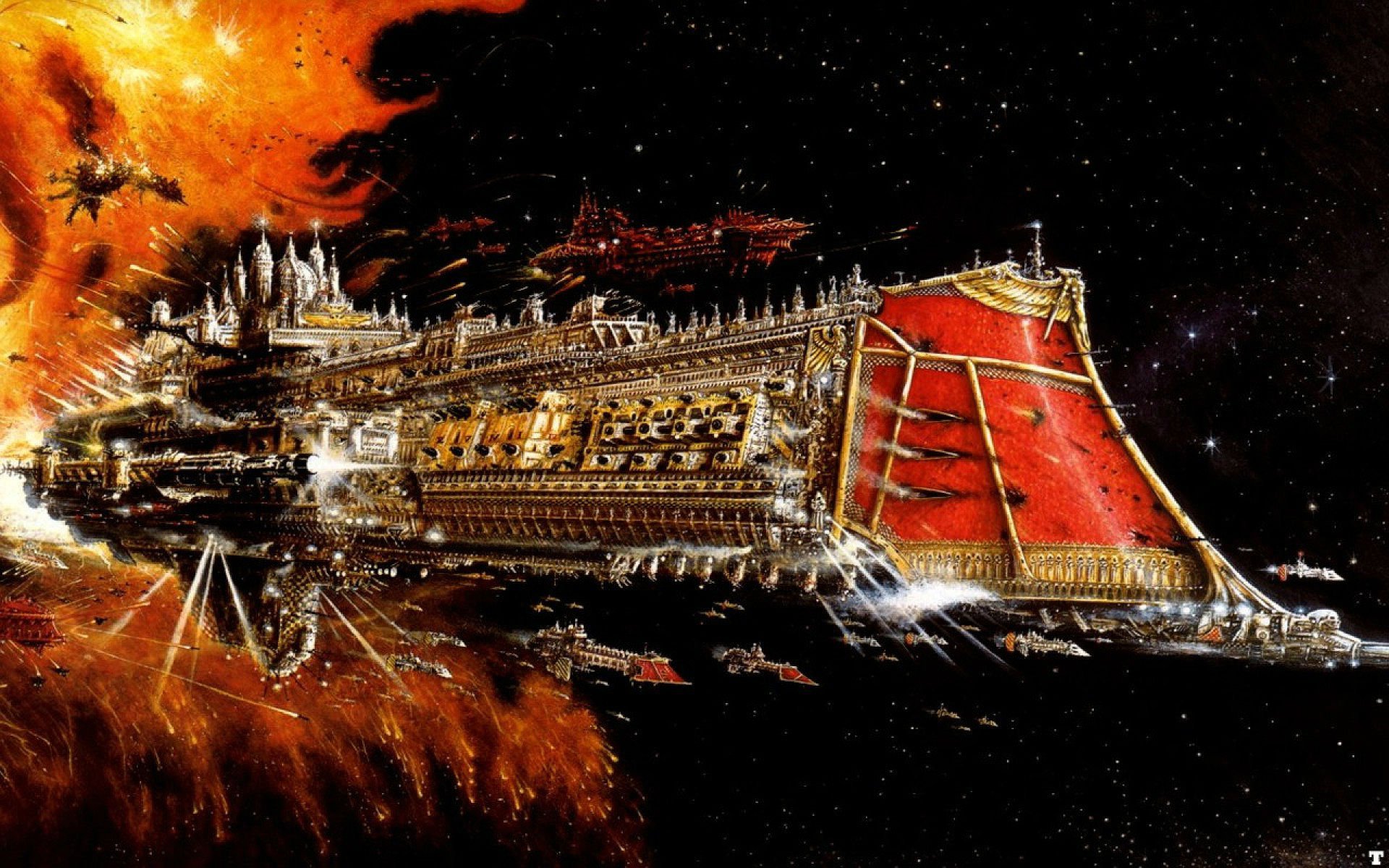 It's not always about firepower sometimes, having a thick layer of armor and good shields is more important in a starship battle.

The biggest ships ever seen in New Eden are as mysterious and weird as the Triglavian Collective itself. They appear as a kind of mobile base, and portal, for the Triglavian ships currently invading high security space.
Just what they are capable of? We still don't know! 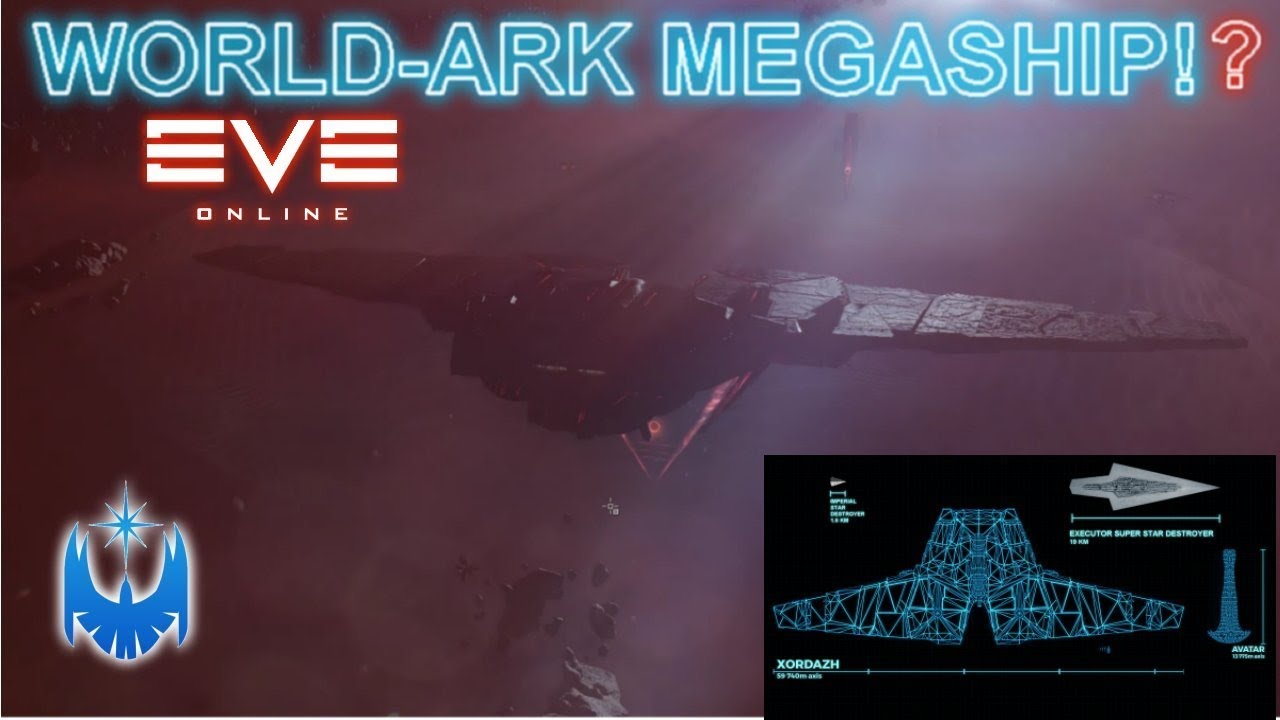 In sci-fi the idea of an asteroid base is a common trope, we see them in The Expanse and in Elite: Dangerous. However, spinning up an asteroid leads to all sorts of problems and challenges, so let's crunch the numbers....

3. Good thing, that we don't have to spin the planetoid, since it becomes preempted with artificial gravity.

4. Install the merry go round on the rock itself.
Top

Inspiration: HMS Thunderchild - A bad day to be a Tripod

My attempt to answer the question, just what exactly was HMS Thunderchild?

Ramming is probably under rated.

Torpedoes to soften up the armour plating, though a railgun spinal mount might serve better.

Then full steam ahead and split the enemy ship in two.

You probably have to reinforce the prow and recess the railgun.
Top

Combustion Light Gas Guns, or CLGG, are cannons that use hydrogen and oxygen to propel a projectile. I'm gonna take a look at them, talk about how they work, the pros and cons, and if they could be applied to tanks or other combat vehicles.

Inspiration: The Most Obscure Rebel Ship in Star Wars?

So many canonical Original Trilogy ships have been totally forgotten by official Star Wars media. It's my goal to restore them all to their rightful place! 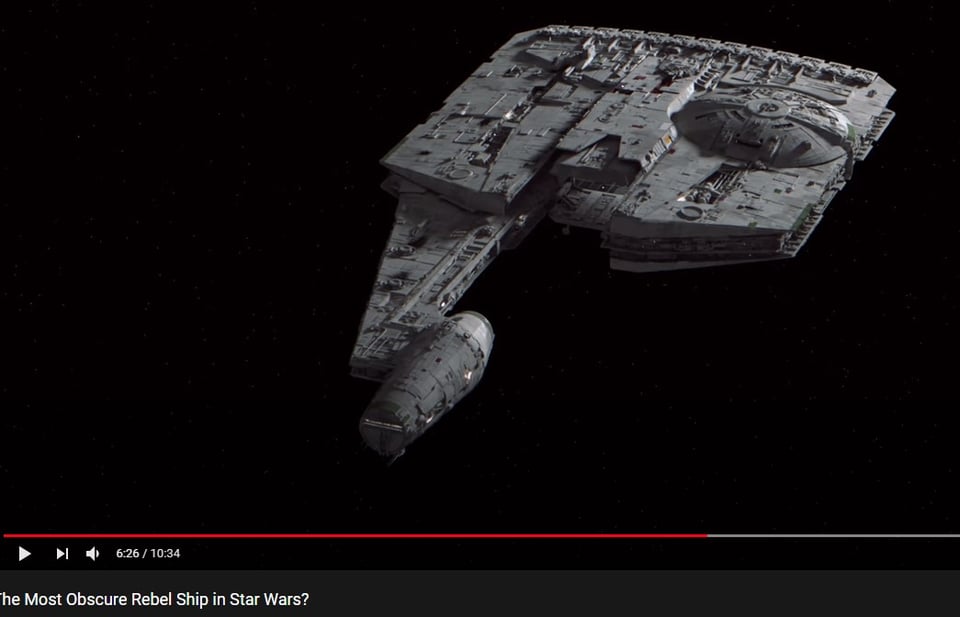 Inspiration: Hull and This Spaceplane is actually a Rover! - KSP Duna Mission

As usual, not everthing went well in this Duna mission in KSP. But at least the plane looked great.. 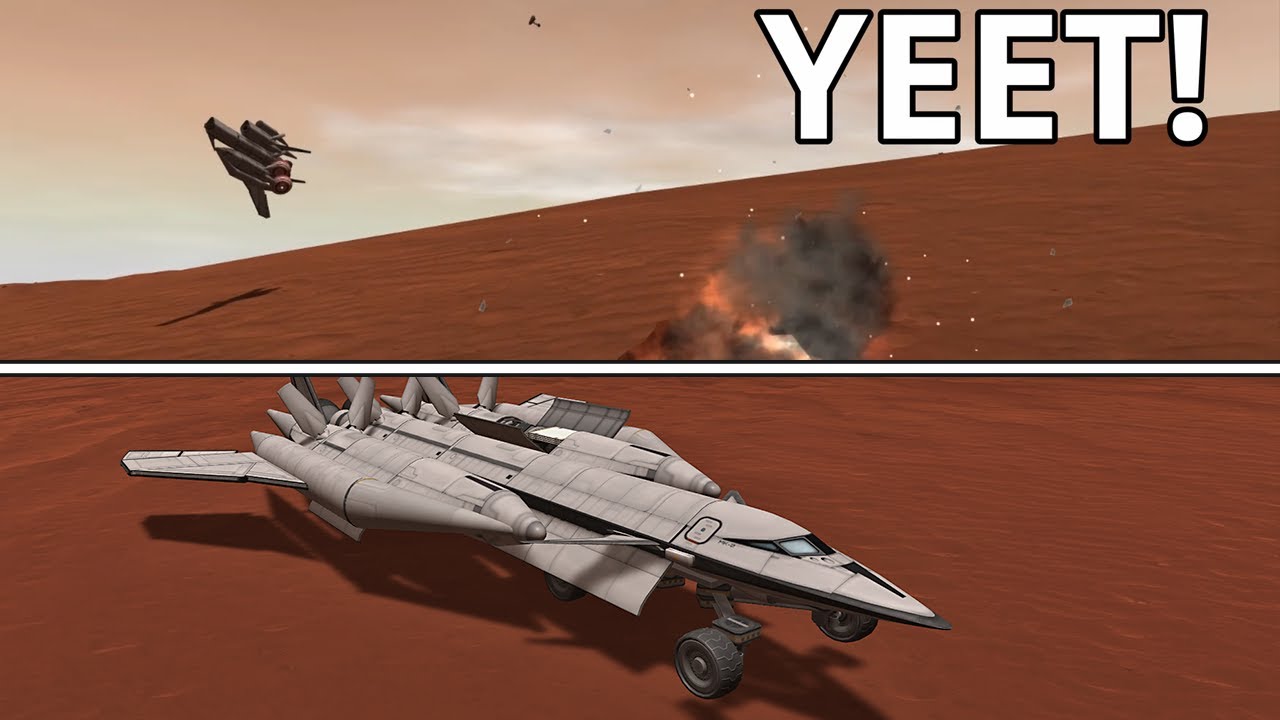 Energized through solar panels, which won't break off under normal terrestrial acceleration.
Top

Inspiration: THE ROCINANTE: All Features Explained

The Expanse has me addicted beltalowda! Nothing I can do now but just sit back and let the Protomolecule take me. For everything ya'll have been through the past few months in lockdown, I give you this comprehensive breakdown of the Rocinante, the iconic ship, from The Expanse. I think this is the most complete breakdown of the ship's features on the entire internet. Please enjoy and add in anything I missed in the comments below.

Join The Tank Museum's Director, Richard Smith, at home, as he discusses what is the best tank?

1a. brilliant.
1b. amateur gentleman inventor.
1c. if it works, why change it?

3a. brutal
3b. identify function

Today we break down the Battle Carrier - it's history, example ships from the class, and why I believe Battle Carrier's represent the greatest capital ship class in all of Star Wars Legends Lore! We'll look specifically at some heavy star destroyers, like the Secutor and Galactic Class, and Mon Calamari Cruisers, like the Viscount and Mediator.

Ship in thumbnail is a fan render of the Galactic Class by ReonBlackScorpion ...


Going by Deadlock, if a carrier can't or won't run or jump, once you finish off the fighter screen and escorts, it's dead meat.
Top

Super Star Destroyers were some of the most flawed and sucky ships in the galaxy, but they still dominated warfare for over 30 years. We'll break down why on today's Star Wars Legends lore video!


There are reasons why the fleet commander picks the biggest and most protected ship as the flagship, including space for the planning staff, but most importantly, making it difficult for the enemy to disrupt command and control.

For tactical reasons, you could pick a large cruiser as the flagship, but once it's identified as such by the enemy, expect at least one serious strike mission to try and take it out.
Top

1. I'm not quite sure why there is a discrepancy of ten tonnes for a small bridge in the pod, when the next step down the ladder is forty tonnes, since small bridge tonnage isn't halved; there certainly isn't for Specialist Control Centre.

2. Costs seem to fluctuate between 6.5 and 130 megabux, for prior and latter pods, with no discernible explanation.
Top

Inspiration: The Insane Engineering of the SR-71 Blackbird

KnightNynx
1 week ago
"Before their atoms begin to diffuse and slide over each other" - that has to be the most scientific way of saying "before it melts".

1. Using the hull itself, rather than fuel tanks, to contain the hydrogen, with an acceptable rate of leakage.

2. Fuel tanks are free both in terms of cost and volume, so there seems little benefit in that.

Inspiration: The 1st Space Shuttle was almost a DC-3!

The DC-3 has been everywhere... almost.

Maxime Faget was a front runner in Space Shuttle design, his idea named the "DC-3" in homage to the famed Douglas DC-3 airliner. The DC-3 Design was a small two-stage fully reusable shuttle with a payload capacity of around 15,000 pounds (6,800 kg). DC-3 was officially studied by North American Aviation and shown in the press as a baseline contender for the Space Transportation System (STS). 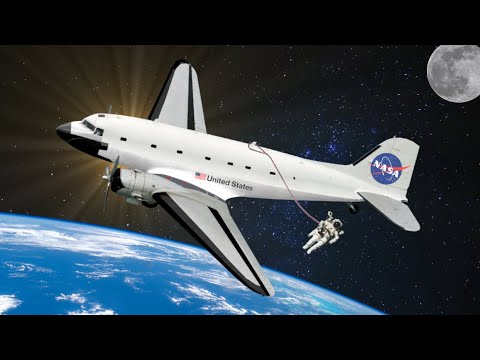 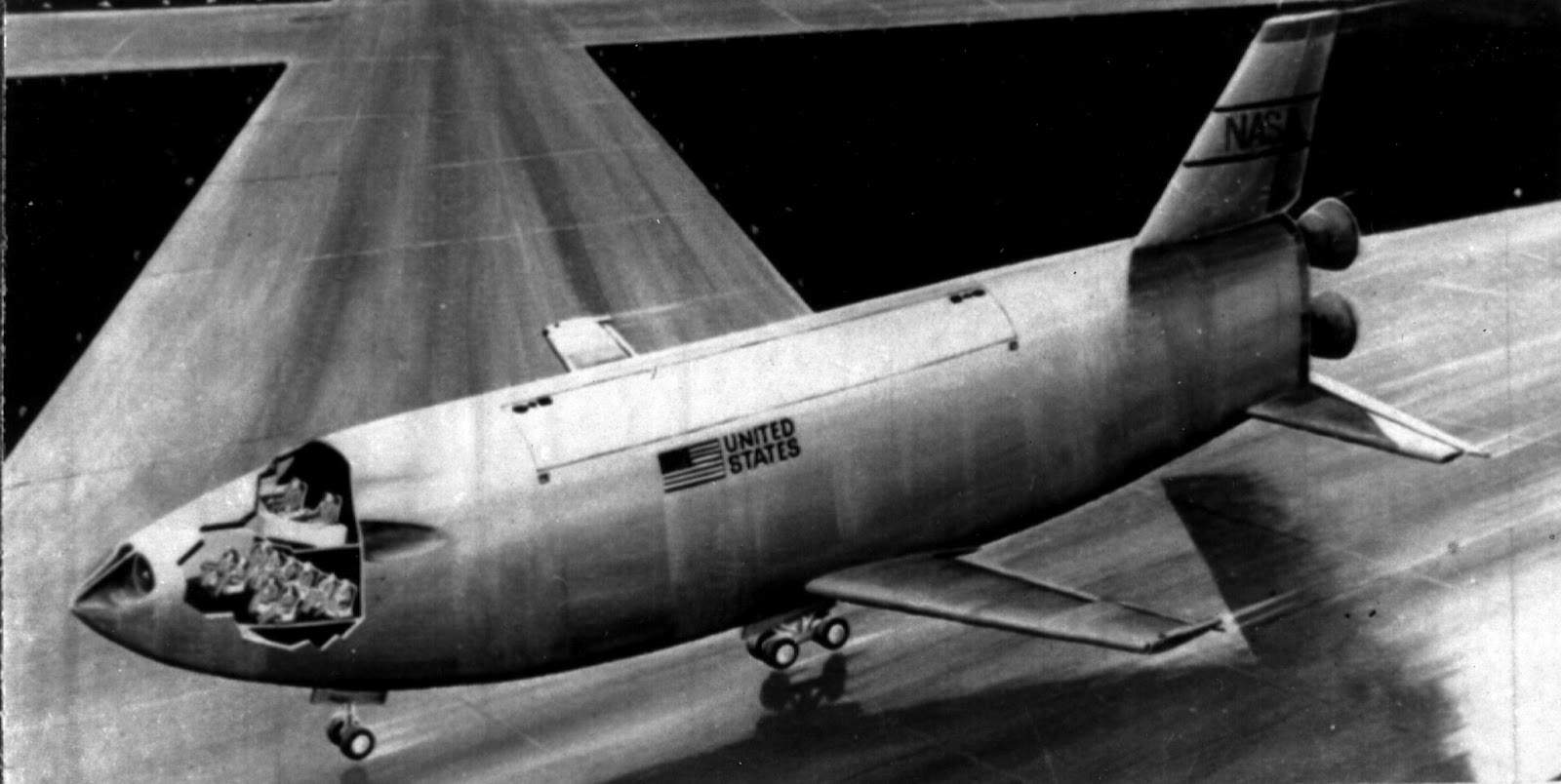 
Why are DC-3's becoming RARE? (and expensive)

A new material developed by scientists could give a significant boost to a new generation of hydrogen-powered cars.
Like a bath sponge, the product is able to hold and release large quantities of the gas at lower pressure and cost.
Containing billions of tiny pores, a single gram of the new aluminium-based material has a surface area the size of a football pitch.
The authors say it can store the large volume of gas needed for practical travel without needing expensive tanks.
Behind the wheel of a hydrogen-powered car

Several car manufacturers have unveiled hydrogen fuel cell-powered cars in recent years
In 2017, CO2 emissions from cars, trucks, airplanes and trains, overtook power plants as the largest source of US greenhouse gas emissions.
As well as developing electric vehicles, much focus has been on hydrogen as a zero emissions source of power for cars.
The gas is used to power a fuel cell in cars and trucks, and if it is produced using renewable energy it is a much greener fuel.
However, hydrogen vehicles suffer from some drawbacks.
The gas is extremely light: in normal atmospheric pressure, to carry 1kg of hydrogen which might power your car for over 100km, you'd need a tank capable of holding around 11,000 litres.

Hydrogen fuel cell
To get around this problem, the gas is stored at high pressure, around 700 bar, so cars can carry 4-5kg of the gas and travel up to 500km before refilling.
That level of pressure is around 300 times greater than in a car's tyres, and necessitates specially made tanks, all of which add to the cost of the vehicles.
Now, researchers believe they have developed an alternative method that would allow the storage of high volumes of hydrogen under much lower pressure.
The team has designed a highly porous new material, described as a metal-organic framework.

Hydrogen is stored under huge pressure
The product, with the glamorous name of NU-1501, has been built from organic molecules and metal ions which self-assemble to form highly crystalline, porous frameworks.
"It's like a bath sponge but with very ordered cavities," said Prof Omar Farha, from Northwestern University in Evanston, US, who led the research.
"With a sponge, if you spill water and you wipe it, in order to reuse the sponge, you squeeze it.
"With this material we use the same thing - we use pressure to store and release these gas molecules."

A fuel cell uses the gas to make electricity
"So, it works exactly like a bath sponge, except in a very smart programmed way."
The key ability of the new framework is that it can potentially store hydrogen and other gases at much lower pressures while not needing an enormous tank.
"We can store tremendous amounts of hydrogen and methane within the pores of the metal-organic framework and deliver them to the engine of the vehicle at lower pressures than needed for current fuel cell vehicle," Prof Farha said.

His team have gained experience in developing these adsorbent materials for the US Department of Defense, to protect soldiers against nerve gas attacks,
The researchers say there is now funding available to develop this type of material for transport applications.
The new material has already beaten tough targets set by the US Department of Energy for onboard storage and delivery systems for alternative fuels.
But to go further, the scientists will need significant buy-in from car manufacturers.
The research has been published in the journal Science. 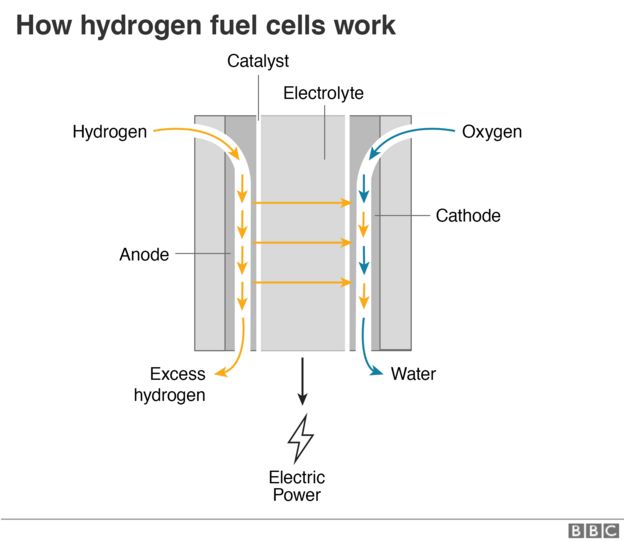 Again, our fuel tanks are free; however, hydrogen bath sponges might be able to hold larger quantities of hydrogen per cubic metre than our norm.
Top

Spaceships: Engineering and What Caused The Explosion That Crippled Apollo 13?

50 Years Ago Apollo 13 was preparing to launch on a mission that would become famous for the wrong reasons, 56 Hours into the mission an oxygen tank would explode, blowing the side of the service module and leaving the command module without power. However the details on what went wrong with the oxygen tank are often overlooked by stories which like to concentrate on the astronauts and the team in mission control during the rescue.

So here's now a handful of mistakes and seemingly safe decisions turned an oxygen tank into a potential bomb, and put the mission in danger.


Secure all loose objects, and check those that are.
Top
Post Reply
3011 posts