Close range is dogfighting territory; a boarding party is looking at being machine gunned down at six second intervals if exposed on the hull.

Probably a good idea that you can't use sandcaster variants to directly penetrate the hull, since sheer attrition should have sand blasted a hole within six minutes.

Which leaves us with actual machine guns to consider, railguns.

Torpedoes and missiles as well, in theory, but awfully expensive.
Top

A VRF gauss gun has a muzzle velocity of 4.5km/s, mass drivers could be even greater. CPR guns struggle to achieve much over 1.5km/s
Top

You only need two thousand metres per second, which would get you to ten klicks in five seconds.

You could replace the glitter dust with a warhead.
Top

The point of a mass driver is more to do with the mass of the projectile rather than the kinetic force. ( Gauss and Railguns are for more kinetic work.)

Dirtside, they'd work as mortars or howitzers, depending on actual muzzle velocity.
Top

Mass Drivers are brutal for orbital bombardment with the destructive trait and not losing effectiveness like particle beams / meson guns. ( Lose radiation trait and 1/2 damage when fired from orbit.)
Top

The point of a mass driver is more to do with the mass of the projectile rather than the kinetic force. ( Gauss and Railguns are for more kinetic work.)

Nope, it's the kinetic energy that does the damage. Here is the real world massdrivers - or railguns as they are better known as - ar being designed to reach the highest velocity they can. If you want hypersonic then electomagnetic is the way to go since CPR rounds can not achieve the velocities of railguns.

This is actually how several systems in the real world are being implemented.
Top

Muzzle velocity tends to be the primary difference.

Whatever power requirements the sandcaster launcher has, it's too insignificant to register.

But in a triple turret, you could have a rate of fire of three times ten per minute.

I'm going to assume that you can empty the racks in two minutes before you have to reload, for sixty rounds.
Top

Speaking of reloading, how many sand canisters does a firm point hold?
Top

The Cantabrian circle (Latin: circulus cantabricus) was a military tactic employed by ancient and to a lesser extent medieval light cavalry armed with javelins. As Flavius Arrianus[1] and Hadrian[2] relate, this was the most habitual form to appear in combat of the Cantabri tribes, and Rome adopted it after the Cantabrian Wars.
A group of mounted javelin throwers would form a single-file rotating circle. As the archers came around to face the enemy formation they would let their missile fly. The effect was a continual stream of javelins onto an enemy formation.

The tactic was usually employed against infantry and bowmen. The constant movement of the horsemen gave them an advantage against the less mobile infantry and made them harder to target by the enemy's missile troops. The manoeuvre was designed to harass and taunt the enemy forces, disrupt close formations and often draw part, or all, of the enemy forces into a disorganised or premature charge. This was commonly used against enemy infantry, especially heavily armed and armoured slow moving forces such as the legions of the late Roman Republic and early Roman Empire.

The advantages of the Cantabrian circle is that the mounted javelinmen do not have to make a perfect circle, allowing them to keep their distance from the enemy. The slower moving infantry have little to no hope of catching the cavalry, putting them at a distinct disadvantage.

You have a fast moving squadron of fighters that fly in a racetrack pattern parallel to the course of torpedo and missile salvos, engaging them at near matching speeds at close range.

Advantage would be that you would have a steady platform that can go duck hunting, since the ordnance isn't aimed at the fighter, and you can turn around and start over with the next group of incoming ordnance.
Top

Fly in a racetrack pattern lol.

This isn't Star Wars where ships can bank and turn, pull handbrake turns and the like.
Top

Starships have entire batteries dedicated to dealing with small craft and incoming missile / torpedo threats, further these weapons have a longer reach than the small craft weapons outside missiles / torpedoes so a wheeling action isn't in the fighters interest. Instead the mounted archer attack / retreat model works far better outside of fusion barbette strike craft, which have their own issues but greatly benefit from the dogfight rules.
Top

But the fighters at close range will have all the time in the world to take pot shots at the missiles and torpedoes, as they travel parallel to the salvos.
Top

In which case all they do is match vectors, effective relative velocity zero,

And don't forget the missile swarm is inbound to your capital ships - how are they maneuvering? Away from the missiles? Towards them so they can close with the enemy that launched them?

You really need a game board and a vector movement system - Mayday, Triplanetary something like those - to game out these events to find out the 'realities' of newtonian movement.
Last edited by Sigtrygg on Wed Jan 24, 2018 5:41 pm, edited 1 time in total.
Top Dogfighting time is relative, the opposite of near cee.

In fact, I bet that fighter pilots are juiced up on the slow drug.

As for the likely targets that you'd want to protect from incoming ordnance, namely cruisers and battleships, I'd maintain a long range at minimum.
Top

Sure, it's going to make your fighter a shining beacon in the night, but it will protect you from lasers, and you can outrun a missile. Probably.
Top 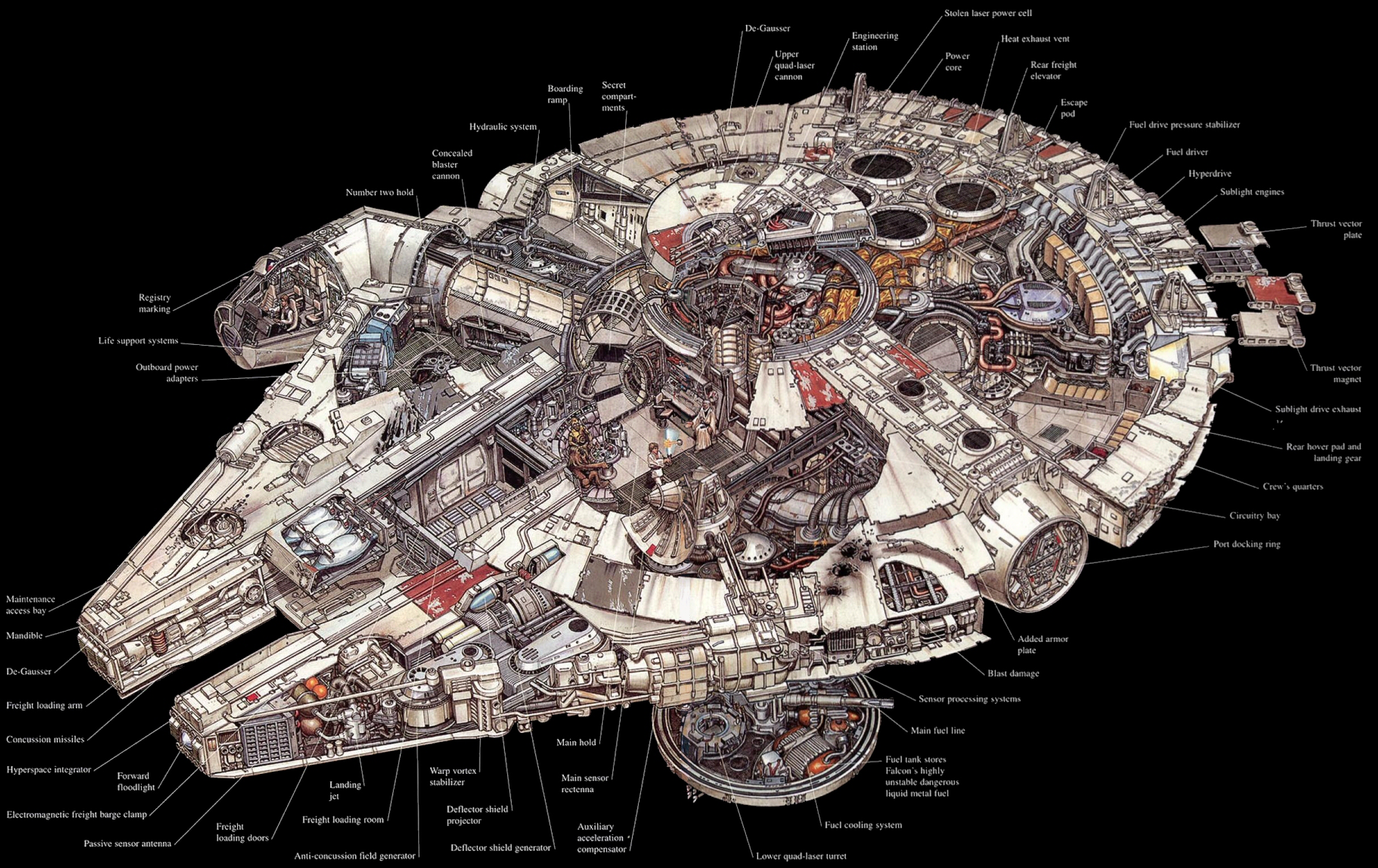 https://www.youtube.com/watch?v=od6km24d1yo
Not so super cuts.
Top

I don't see that in most cases it's possible to coat the planetoid to make these effective.

The exceptions probably are Emissions Absorption Grid and Radiation Shielding, which seems more of an internal arrangement.

Users browsing this forum: No registered users and 61 guests