90. Life support/four has an endurance of four days, requires one space per twenty persons, and costs ten kilostarbux.

91. That would require a regular maintenance cost of every four days out of thirty, fifty starbux divided by thirty times four, 6.67 starbux per four days.

92. You can always stock up in advance the requisite chemicals and filters.

93. That's about eight and one third starcentime per person per day.

94. Compared to life support/seven 1.67 starbux per person per day.

95. Fresher takes two spaces, or half a tonne, and you get a toilet, sink and shower for fifteen hundred starbux.

96. For the full service fresher, I believe the bidet can be combined with the toilet (come to think of it, you can buy an attachable one for the barebones fresher), plus tub and vanity at six spaces (one and a half tonnes) for five kilostarbux.

97. The holding tank was rather a complete surprise.

98. You can recreate any environment, including supposedly Terran Mediterranean temperate climate, at five kilostarbux per space, with long term life support/seven thrown in for free.

100. Assuming I calculated the above correctly, the cheapest life support available is vehicular life support/four, that's 6.67 starbux per four days, with an initial investment of ten kilostarbux.

101. Assuming a turnaround for most commercial jumps at around two weeks or less, life support needs to be (re)activated only four times.

104. I guess stillsuit is copyrighted.

105. However, I came across the hydro reclamation suit.

106. This complete coverage bodysuit is designed to recycle all of a body’s fluids and wastes back into usable materials in order to survive much longer in a desert or other arid environment. Like its predecessors, the suit is reflectorised to reduce the heating effect of the sun. It covers the entire body, covering all orifices and inserting several ‘replenishment’ tubes. Wearing an empty suit can effectively allow the Traveller to go up to thirty days without needing water, and fifteen days without food before needing to have its internal scrubbers and injectors cleaned.

107. That's within a two week window, and as a bonus, you don't need to install freshers.

108. Sure, the suits cost ten thousand each, and need to be, eh, flushed, after two weeks.

109. Also, there doesn't seem to be any type of maintenance costs for equipment.
Top

110. If you think about it, in the event of a spaceshipwreck, you might want to include hydro reclamation suit in the rescue bubble.

113. I guess this must be like the life vests under your airliner seat, in case you make a water "landing".

114. A lot of air bottles seem to be capped at six hours.

115. That's a set of two tanks, which would mean one is three hours.

116. A recharge per tank would appear to cost ten starbux.

117. No wonder you can't insure spaceships, and I'd add a caveat in life insurance policies, as well.

118. Small air bottles with four hour duration can be plugged in on onboard life support sockets, at apparently no cost.

119. You could wear the hydro reclamation suit under a vacuum suit.
Top

120. If you can't install vehicular components, outside of weapon systems, directly into the spacecraft, you could use a vehicular chassis, install them there, and then park it somewhere in the spacecraft.

121. An unpowered vehicle is capped at ten spaces, but you could place it in the accommodations compartment, install ten short term life support/four modules, and turn them on as required.

122. Of course, being unpowered does seem alike a fly in the ointment.

123. Optionally, they could be powered by thread mill or someone pumping away on a bicycle to produce electricity.

124. Perhaps, more realistically, you exchange one of the life support modules for an external power source access, which would cost two kilostarbux for a ground vehicle.

125. It's going to take up five tonnes of volume, with ten hull points, and cost ninety three kilostarbux.

126. As long as you keep feeding it coins every four days, that's one hundred and eighty persons, perfect for transporting a company of soldiers, or some rather tightfisted immigrants.

127. An unpowered boat isn't space capped, so you could transport a twenty thousand man division.

128. That requires one thousand spaces of life support/four modules, plus five percent external power, which should be rounded up to fifty three spaces.

130. You can vacuum proof your vehicle for ten kilobux per space.

132. Which in my mind is a sheer waste of money, as you can get the real thing for about the same amount, if not cheaper.

133. Since we don't have cloaking technology, you could slather the spacecraft's hull with camouflage.

134. While I think there are diminishing returns for increasingly larger tonnages, you might get away with painting over a Scout.

135. Four hundred spaces is a hundred tonnes, and basic/one would be ten kilostarbux per coat.

138. If you could apply vehicular stealth to spacecraft, it would be a lot cheaper.

139. Or perhaps, like camouflage, it might be easier if it's not moving and you can cover it with whatever you consider a stealth net.
Top

141. At minimum ten spaces, that's a two and a half tonne volume, leaving aside the presumable integral fuel tank.

142. We can construct power plants at minimum one tonne, which would be four spaces.

143. All spacecraft power plants have the capability to supply all spacecraft systems with the requisite power requirement.

144. That includes the fission reactor and the diesel engine.

145. Arguably, that would not include solar panelling, though that easily can be shunted through batteries and energy laundered.

146. Speaking of which, batteries are sort of mentioned in Vehicles, but no details are given.

149. I quite willing concede that the fission reactor probably would need extra shielding.
Top 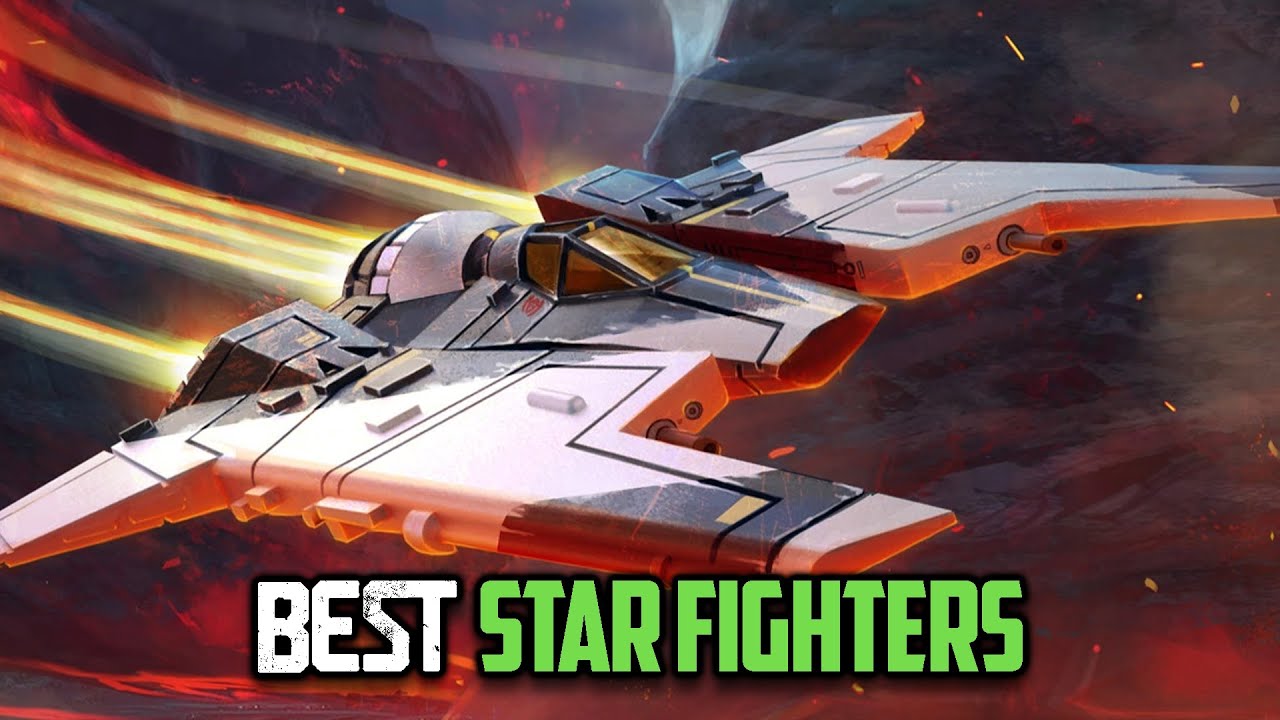 We take a look at the best star ships in each star fighter category.


1. Problem with a single weapon slot is that you usually can't carry a balanced weapons load.

2. I'm not so sure that mix and matching works, since you can snipe at a distance, whether with energy weapons or missiles.

3. Light interceptor or point defence fighter, probably not worth it, more a demonstration of intent; they can always get lucky or chase freighters.

6. Going by the Japanese experience, attrition kills, and lack of armour bites you in the end.
Top

1. It seems kind of odd, when something you must have read at some time, probably several times, and is connected to a subject you have an interest in, becomes consigned to oblivion.

2. A spacecraft or self-contained, sealed structure with power can usually sustain life support for one person per stateroom for one month comfortably, and for six months at a stretch (number of staterooms time five thousand person/hours). Without power, this drops to two weeks at most. Various shelters will list the amount of air and life support available if they differ.

3. That's not a given, since barracks or brigs don't mention it, you have to assume they revert to default.

4. Five thousand person hours falls a tad short of seven months, so I'll assume it's comfortable for the first month, and really Himalayan once you reach month seven.

5. Staterooms, as with barracks, can have multiple occupancy.

6. After the first month, are you still paying for life support, or only the direct and overhead costs for the power plant?
Top

1. External cargo mount - I tried to carefully reread this, and you could interpret this in two ways.

2. The external framework is permanent, and costs you a kilostarbux per tonne of cargo it was designed for.

3. The external framework is temporary, which is why you use explosive bolts for separation, and you pay a kilostarbux per tonne when stacking; maybe the framework is recyclable.

4. Tow cable - size of the towing mechanism is specific to the hull it's an integral part of, takes up one percent of the hull volume and costs five kilostarbux per tonne it occupies.

5. You'd want as small a towshipper as possible, so basically a tugship with very powerful engines.

6. Jump net - unless the cargo extends beyond the jump bubble, pointless.

7. However, if you're towing a largish spacecraft, as contrasted to being clamped together, viable.

9. As long as you can keep the interplanetary net within the jump bubble, the contents only effect the jump insofar how much volume they consume, which is added on to the total tonnage that has to be transitted.
Top 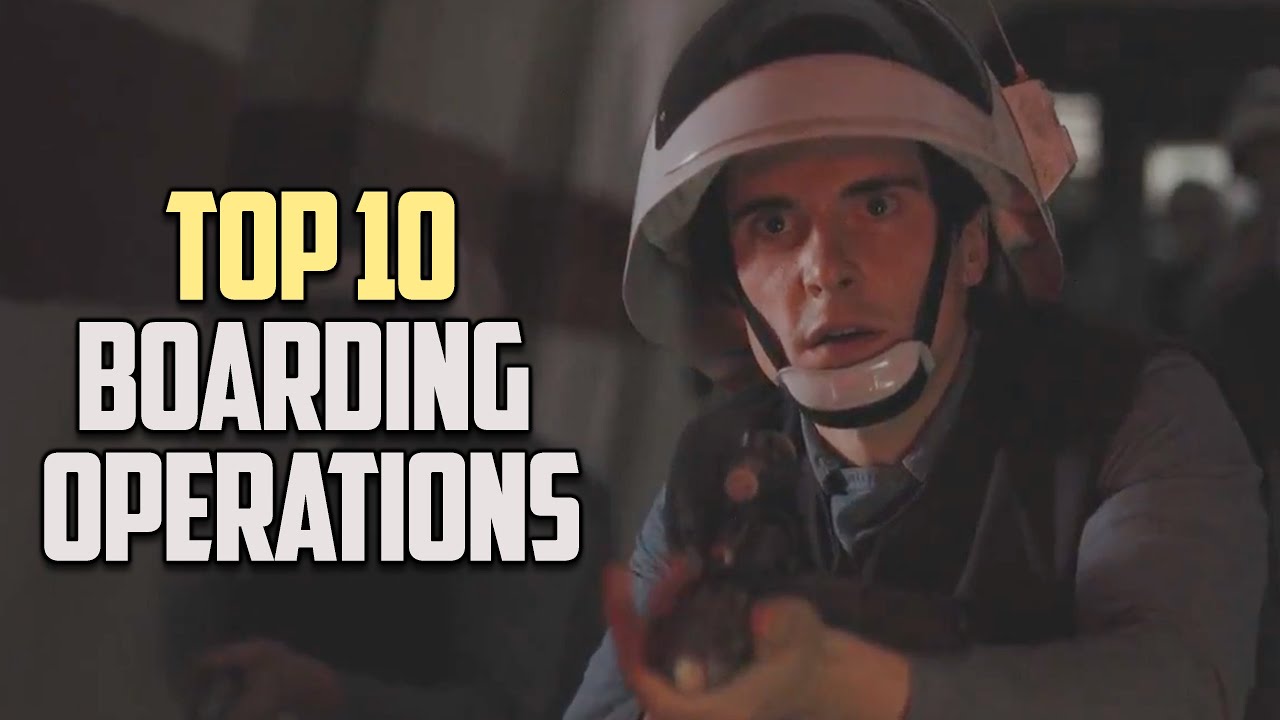 There's nothing more action packed and dangerous than trying to board and take over an enemy ship in space.

3. Which is why you have vacuum proof bulkheads.

4. Depends on whether telekinesis grabbing hold of target destination, or creating thrust. 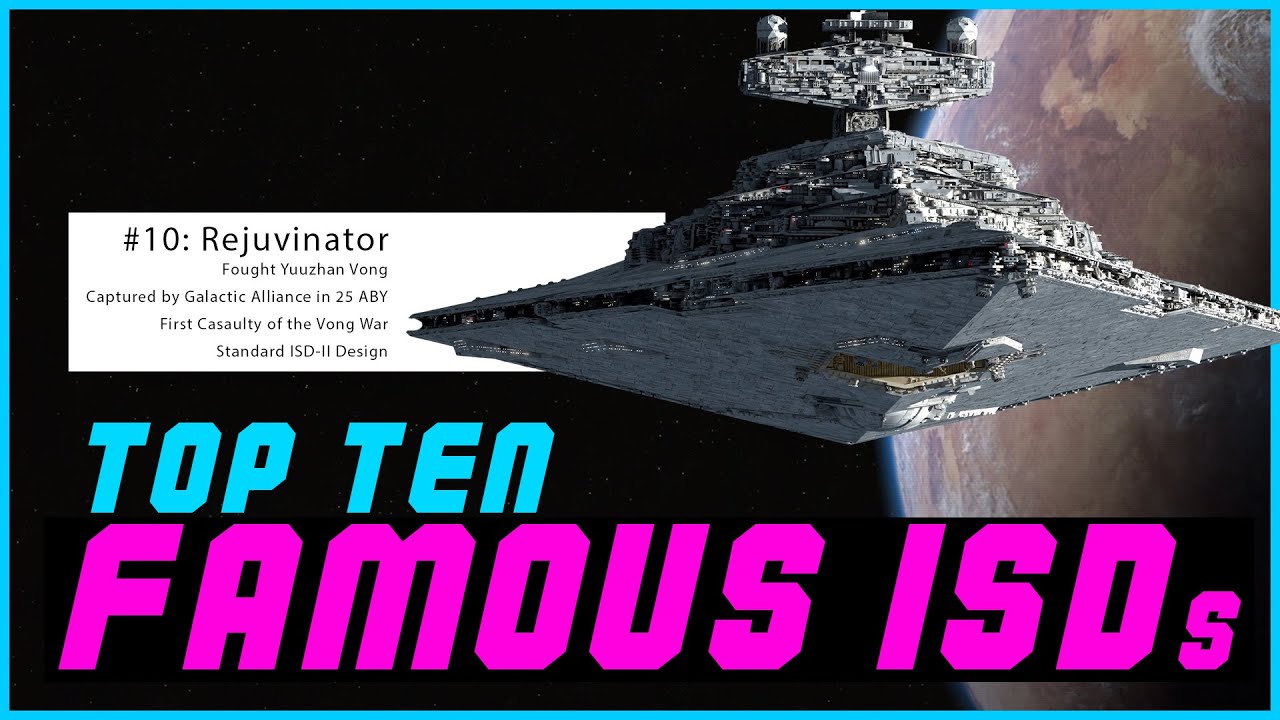 
1. Trying out coleslaw and potato soup; tends to neutralize the bitterness; also, cheap.

2. Having really large numbers of of the same class, or subclasses, or half sisters, you'd have economies of scale, whether in construction, maintenance, training, refit, or repair.
Top 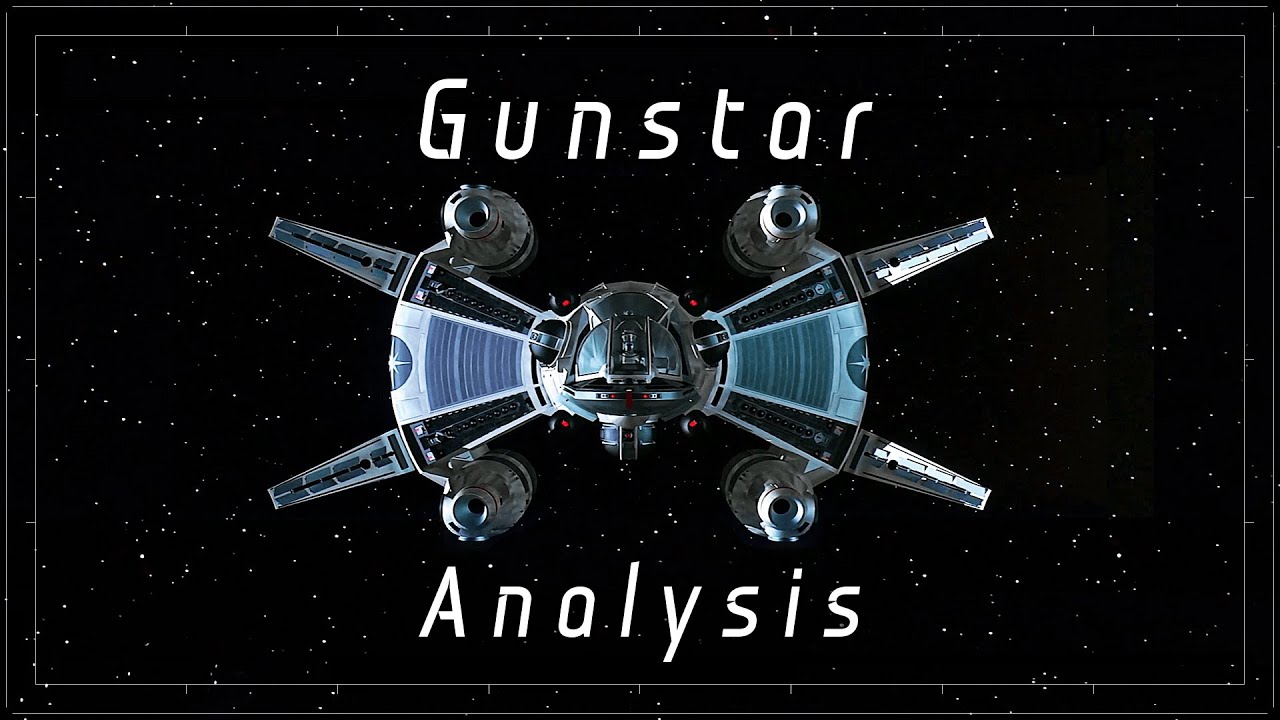 Taking a look at and analysing the amazing Gunstar from the 1984 film, The Last Starfighter.


1. Hands on throttle and stick


5. Battlestar Galactica, one of it's derivative games, used the term to describe a starwarship primarily armed with guns, compared to the supposdely more balanced battlestar concept, that was a hybrid carrier
Top 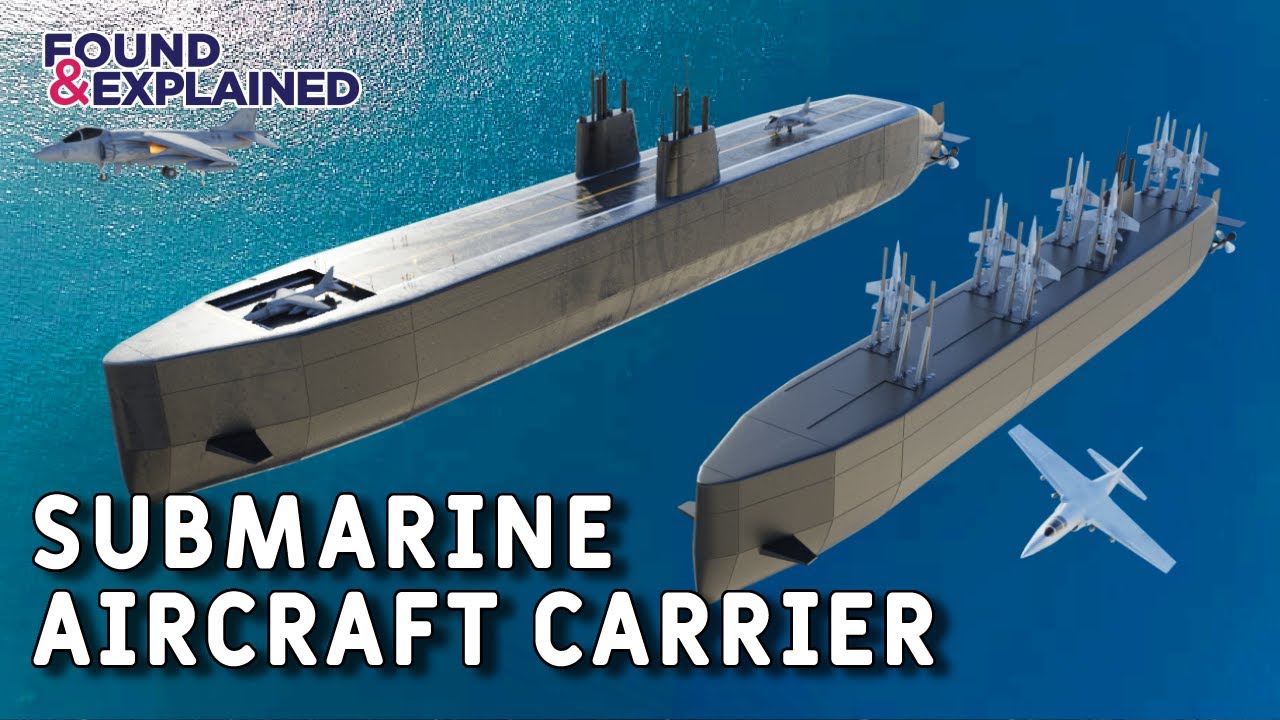 2. For spaceships, flight decks on hull is attractive, but somewhat complex to design.

3. Problem with cranes is probably the time penalty for launch and recovery.

4. Ramps is an interesting alternative to elevators.
Top 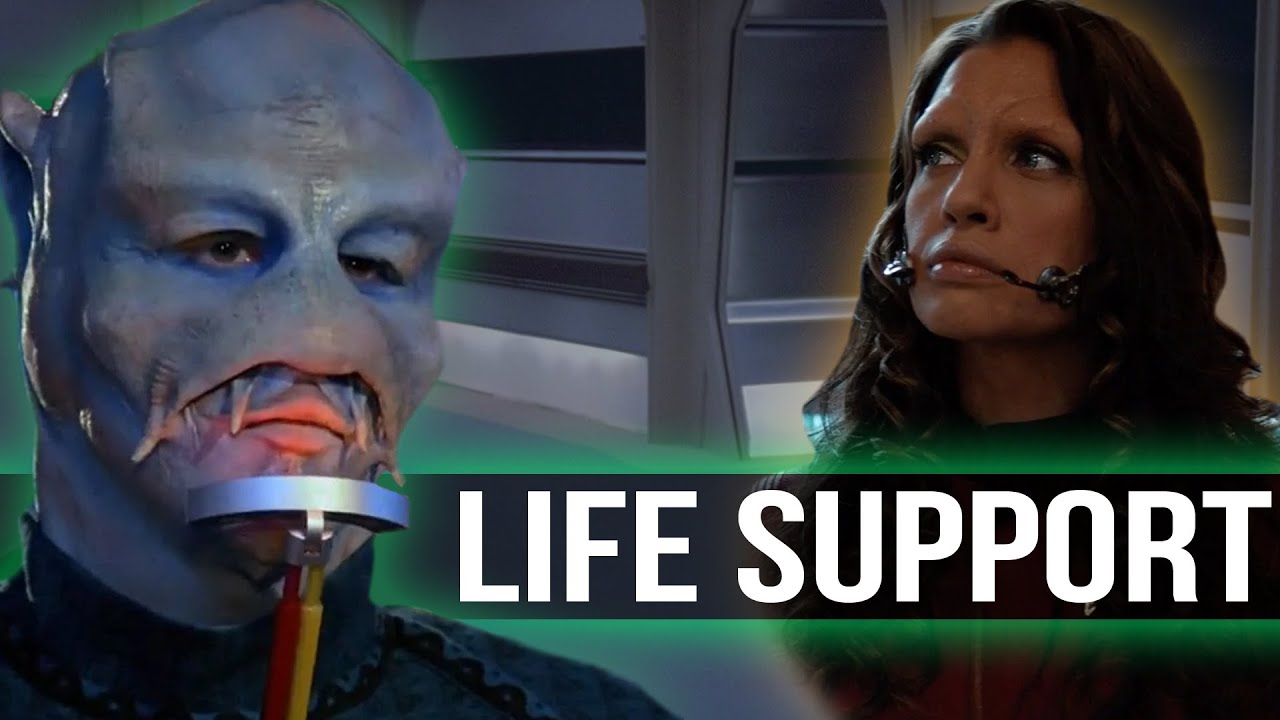 Not every species in Star Trek comes from the same biome or even atmosphere. So how do these people work together in the same environment? Well, thankfully Starfleet and the Federation try to acclimatise as many different species as possible with the Standard M class environment.

2. One backup, two in rotation. 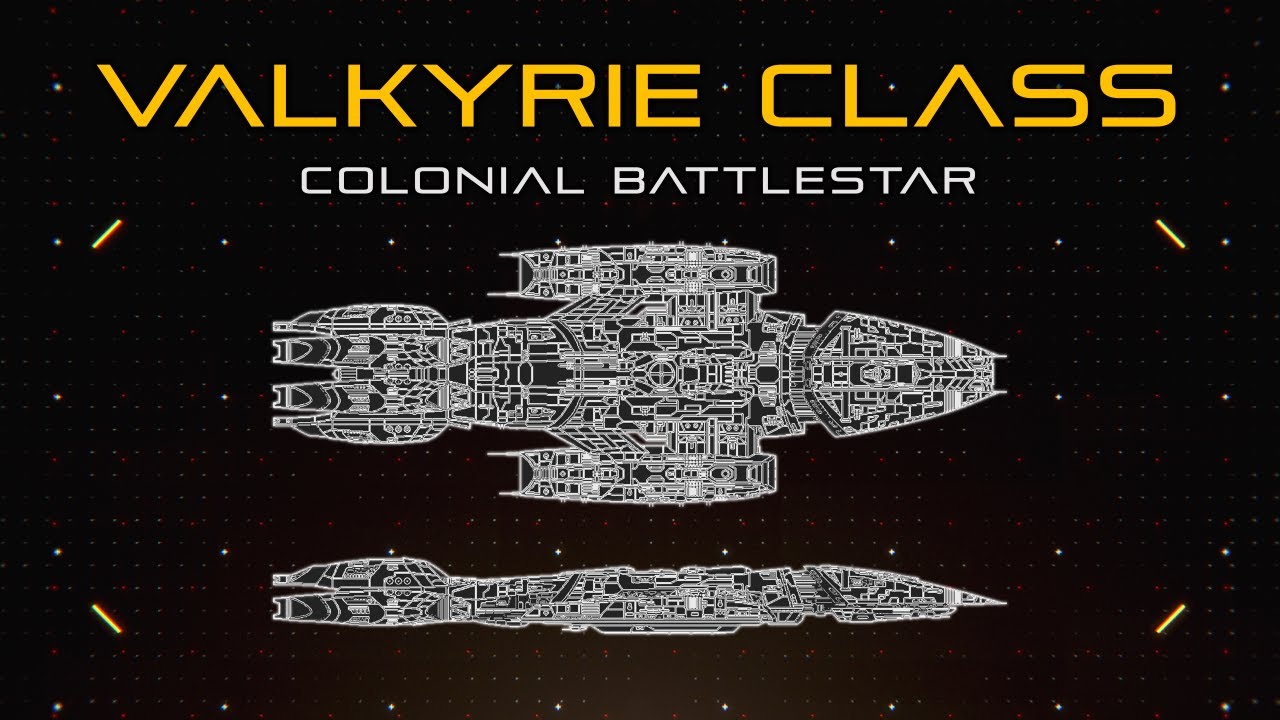 Spacedock breaks down the venerable Valkyrie Class Battlestars of the Colonial Fleet.

2. Agility and adaptability in combat.

3. Cheap to repair and maintain.

2. If you could arrange for a customized variant, you might be able to push volume to ninety nine tonnes.

3. Modular cutter a tad above ten megastarbux, so should qualify.

4. You could mortgage your fully owned cutter to buy a fifteen megastarbux ten tonne jump drive, and come up with the difference.

5. Then either get hold of a second (or more) fifty tonne hull, and install the jump drive, complete with bridge, fuel tanks, and power plant.

6. You could salvage the jump drive from a scrap yard, and refurbish it.
Top

8. Out of ten possible quirks, it could be well maintained at half cost, has disturbing psionic echoes, and/or double maintenance cost.
Top 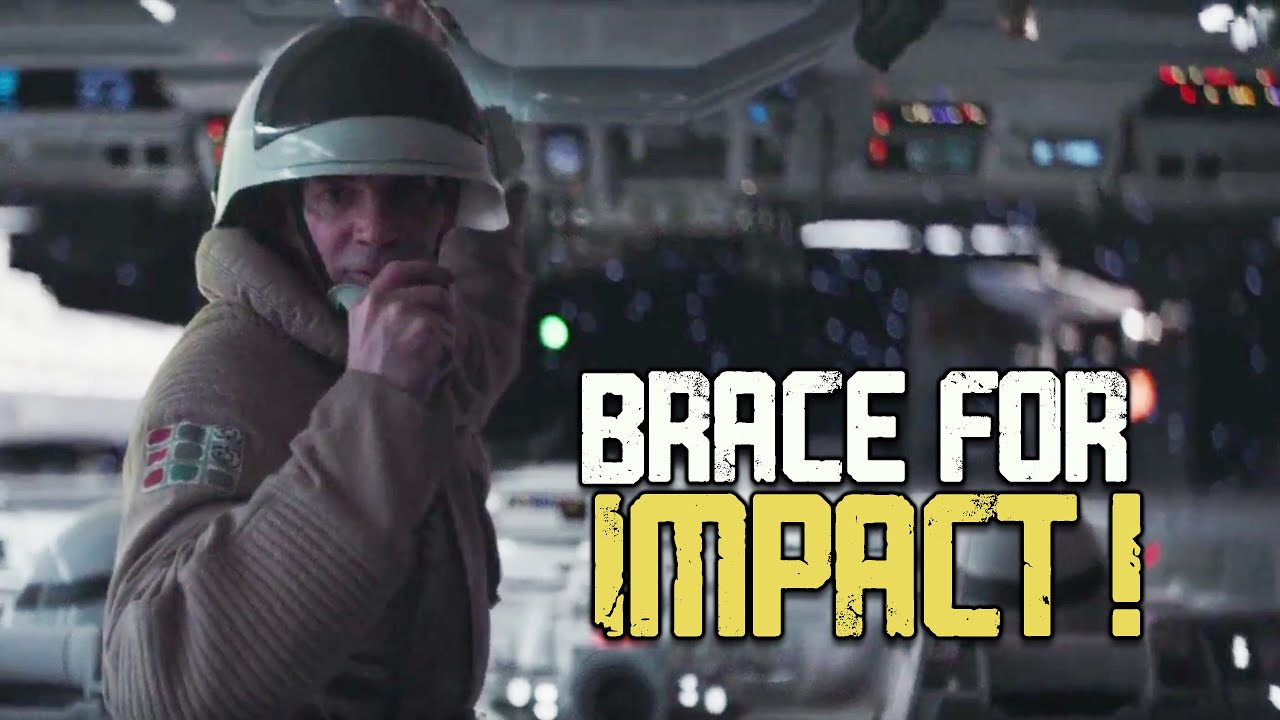 We take a look at the best uses of ship ramming in Star Wars.

3. That's why you have pickets.