Which would mean cCr, would be centiCredits.

Since accounting for inflation would be somewhat one to five, probably makes milliCredits, or mCR., more relevant.
Top

There are minor things for clarification in the NPC chapter. The rules refer to a table that is not as described (page 86 - Experience levels). It is still usable, but there is a mismatch in the text.

In Combat - when someone is triggering a free attack when disengaging, is that a reaction? I don't read it as a reaction, but I see many player-made tools which consider it a reaction. I.e. it's a moment of confusion.

Dogfighting rules - the ship ones require a rework and playtesting.

In general, you leave too many things, especially in combat, to the referee. While this is not bad, in my view new referees struggle as they don't have years of experience and prior Traveller backgrounds to fallback to. A possible way to fix this is to add a few words encouraging the Referee's decision. An example would be the "take cover" combat action. Does the cover provide armor? Is it the referee's decision if it does?

Clarify in all places when the skill is used as a DM or skill + stat. In my info only Skill matters, but I've seen some people here are absolutely convinced it is Skill + stat. Examples: parry reaction, evasive maneuvers. Dodge's reaction has clear text for example.

Clarify if reactions in space combat incur penalties similarly to personal combat. They do not, but I see people ponder on this often.

Reloading should take major action unless the weapon has some sort of advanced reloading system. The drawback of this change is that it will require a review of all weapons. The issue is that right now reloading does not exist in the game. For several years of play, I've yet to see a player being hindered by reloading of personal firearm.

HEV provides too much armor IMO compared to armors from CSC. The issue stems that new armors were updated, but many of the edition 1 armors are almost copy-pasta. This creates the situation where boarding suits and equivalent designed for combat are inferior to HEV.

Dogfighting - right now the one winning the dogfight rolls keeps their Effect for the next roll. This quickly snowballs to one side having +6 effect, making it impossible for the other side to reverse the dogfight. Instead of the winning side retaining the + effect, I suggest they instead get a boon for the next dogfighting check. This way they still have an advantage, but it's not a foregone conclusion. Also - related to ship-dogfight- reconsider the -6 penalty of bigger ships (that will lose the dogfight and net -8) unless you want to virtually disable them. If you rewrite the rules, then this suggestion may become irrelevant.

Combat suggestion - if a character takes 6+ reactions in a single round, consider him pin-downed/overwhelmed, losing his next turn. It is very unlikely they will do anything with the -6 DM anyways.
Top

I can't find any definition of unrefined fuel. I have always taken it to mean any liquid or gas incorporating hydrogen in the molecule or mixture (water, peroxide, methane, diesel even..)

Not sure if someone has pointed this out or I have missed the definition in one of the books...
Top

One assumes in it's raw form.

If there is an intermediate stage, you'd have to run it through the purifier twice.

Thanks for this opportunity to further strengthen a great game. I have really enjoyed reading the suggested mechanical changes in this thread. Here are my thoughts:

I don't know if this has been mentioned, but under trade, weapons are the only items listed as illegal goods on p.211. Common contraband on p.221 includes computers, technology, drugs, and weapons, but the law level on p.224 only mentions weapons.

At what law level in a Feudal Technocracy (5) are computers contraband? All of them?
Top

Probably requires some creative interpretation by the Dungeon Master.

If the elite believes that a little knowledge is a dangerous thing for the proletariat, but having a ready pool of trained riflemen is useful, computers (and media devices such as hand cranked printing presses) are likely highly restricted and controlled, while an assault rifle would be evenly distributed.

So having an illicit iPod can get you hanged.
Top

Could we ensure that any reference to Acceleration uses "meters per second squared” (m/s2 or ms-2 - I know it is difficult to get the upper score!) rather than 'meters per second' as sometimes is written.

Actually, can we make a wholehearted attempt at using S.I. measurement wherever possible, with the exception of some of the bigger Astronomical scales, obviously.

As other have mentioned, an Index that could encompass all the core four books would be great.

Good things come to those who wait.
Top

Imports which use an operating system other than the Government Authorised Official Standard OS (the one with the backdoors built in to allow unwarranted government access to your files at any time). Also, unauthorised software and media which are not approved by the government ...
Imagine a technocracy based on televisions, where every room must have at least one TV screen tuned into the official givernment channel, twenty seconds into the future and yet also forty years into the past.

*pushes big red button*
*TV screen goes dark*
Cop: An off switch. She could get years for that. Off switches are illegal.

I'm a fan of White Wolf's Technocracy. I could make that work, and it'd be terrifying to behold. The Zhodani wouldn't get a look in. 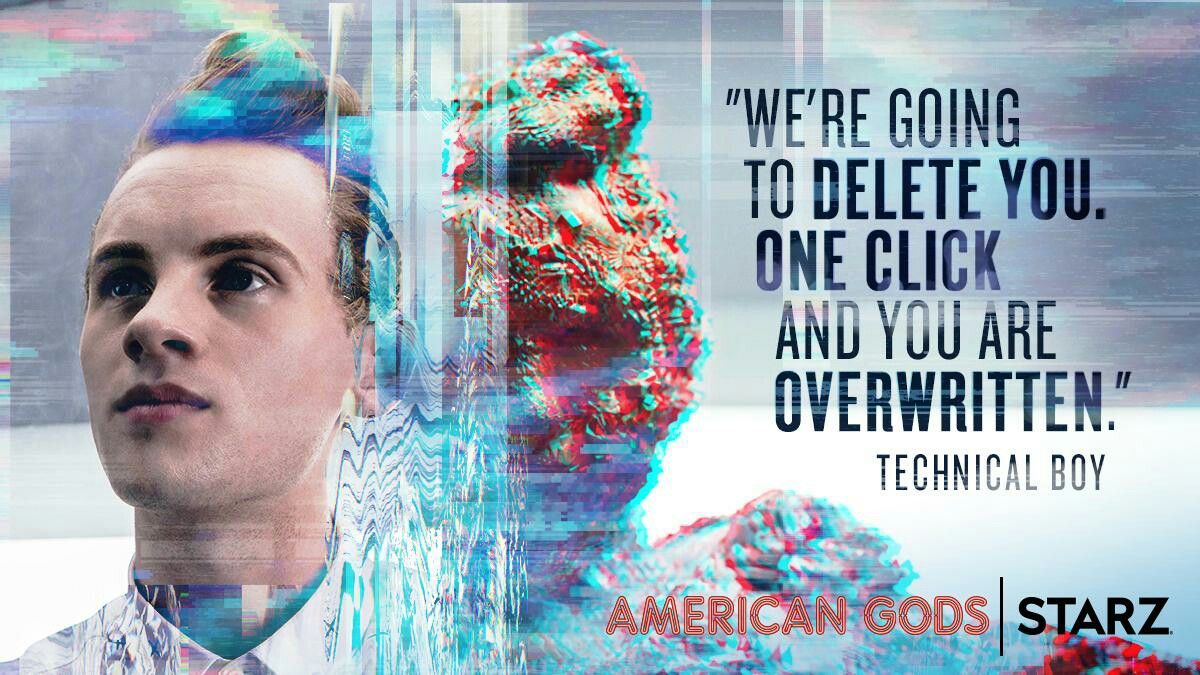 Don't know if this has been pointed out yet, or if this comment is in time, but on page 162 of the most recent printing, under "Impact" it says "damage is then multiplied by the effect of the attack role"

Role should be Roll
Top

That was actually fixed in the last printing, but thanks for letting us know!
Matthew Sprange

TrippyHippy wrote: ↑
Mon Apr 26, 2021 11:51 pm
Actually, can we make a wholehearted attempt at using S.I. measurement wherever possible, with the exception of some of the bigger Astronomical scales, obviously.

MongooseMatt wrote: ↑
Thu May 20, 2021 9:05 am
That was actually fixed in the last printing, but thanks for letting us know!

Strange, I had this book on back order for months, and just picked it up a month ago when it finally came in. Did they happen to find one from an old printing and ship it months later?
Top

You can specialise in one skill and all the other skills in that cascade are at half that level (rounding down) - so our Engineer (Jump)-4 has Maneuver-2, Power-2 and Life Support-2 and Sniper Guy has Slug-4 but also Energy Weapons-2.

And then when he or she raises Jump-1 to Jump-2, the other Engineer skills go up to Maneuver-1, Power-0 and Life Support to (-1) the bracket here expressing a negative DM which is still lower than the unskilled -3 DM.

With this rule change I'd look at splitting the Gun Combat cascade into Pistols (incl SMGs) and Rifles (incl Shotguns) as well which do seem to me separate skills.

On the whole I prefer this alternative myself but the first one has the merit of simplicity.

Love those alternatives I'm definitely thinking of using one of them. Have you used them already and if you did how did it worked?
Top

If I recall, some kinds of military training give their students a really broad grounding in everything, so that an Engineer would, for instance, know every Engineering speciality to Engineering-2, and a Jump specialist would just have Engineering (Jump)-3.

So characters with, say, Drive-2 could make any kind of ground vehicle go, but they could have a speciality of Drive (Tracked)-4, making them a specialist in driving tracked vehicles.

If you assume that every character received a generalist training, particularly in skills such as Science, they would have enough skill levels to handle any basic task requiring that skill with equal competence, and also be better at their speciality.

Assuming that Science skill is broad allows a physician character to use Medicine on aliens without penalty, because it will be assumed that the medic will have a solid grounding in specialities such as Biology, Xenobiology, Anatomy, Physiology and so on; and if they had Animals skill as well, that the Science skill would include sufficient grounding in veterinary science to permit the Traveller to perform veterinary medicine on an animal without worrying too much about whether or not they have Animals (Veterinarian), Science (Biology), Science (Pharmacology), Science (Anatomy), and so on.
Board moderator. Product List [DriveThruRPG]: Blood Path [Legend]; Cosmopolite [Traveller]; Castrobancla [Traveller]
Top

alex_greene wrote: ↑
Wed May 26, 2021 7:31 am
Assuming that Science skill is broad allows a physician character to use Medicine on aliens without penalty, because it will be assumed that the medic will have a solid grounding in specialities such as Biology, Xenobiology, Anatomy, Physiology and so on; and if they had Animals skill as well, that the Science skill would include sufficient grounding in veterinary science to permit the Traveller to perform veterinary medicine on an animal without worrying too much about whether or not they have Animals (Veterinarian), Science (Biology), Science (Pharmacology), Science (Anatomy), and so on.

I personally was planning on adding some exceptions to the list like science, languages art and profession.
Top

This will probably be regarded as heresy but I do away with cascade skills entirely. In MTU, an Engineer is an Engineer. This does not appear to have made the game less fun, quite the opposite in fact.
Top
Post Reply
183 posts

Users browsing this forum: No registered users and 60 guests