Is there any understanding of how long an astrogation check/jump plot is good? A few hours, a day or several days?

Could you make the check as soon as you jumped into a system so that you could jump out at a moments notice?
Top

I don’t know if it’s specifically called out anywhere. I think it makes sense to have the accuracy decay over time as error builds in the nav data. I would home-rule it as an increasing error rate over time (DM-1, then DM-2, -4, etc). Maybe give the astrogator a Routie hourly check to refresh the data?
Top

Per JTAS 3 (for MgT2) plotting a jump takes between 10-60 min, but using a partially pre-plotted calculation reduces this to 1-2 rounds of ship combat. It is also stated that ships with multiple astrogators usually pre-calculate several possible jump destinations to near-completion. Military ships usually have an emergency jump pre-calculated, the source claims, for an immediate fallback option. Constant updates and recalculations are needed to keep the plot hot, which will occupy one astrogator per plot, but apparently that's worth it. At least for military ships.

After plotting - or parallel to it, JTAS 3 remains ominous about that - the j-drive needs to be warmed up, which usually takes 2-10 ship combat rounds. This can be reduced by a good engineer or by cold-starting the drive, the latter allowing for a jump within one ship combat round, but at the risk of a shut-down, which might last up to 3 ship combat rounds. After that, jump initiation will follow, which can take up to one hour, but can be shortened considerably to under one ship combat round at the expense of risking a misjump.

The latter part I did not expect, when reading JTAS 3, as this makes emergency jumps, e. g. under fire, a tricky thing. Imagine, your 'gator has a hot pre-plotted calculation in his brain. You then cold start the drive - hopefully having an ace engineer - within one round and then have to risk a complete misjump, if you try to rush jump entry too much. All in all, this makes it impossible to escape battle in anything less than three rounds. But it's more likely to take 5-6 rounds, so "quick escape" means "around half an hour, but probably less than one hour, promised".

It might be time to invest in a copy of that Expert/2 "Engineer: J-Drive" software they were selling at the Makhidkarun outlet on Deneb, because it might safe your bacon.
liber et infractus
Top

"Astrogation can be done in advance (a jump is normally plotted while the ship is travelling out to the hundred diameter distance)."

So yes and no, you can plot ahead of time but not very far ahead. Remember your vector and location at the point of entry into jump space are also considered in the calculation.
Top

I would think keeping your j-drives hot in a pre-jump condition could lead to premature failures of certain components if the crew does that routinely. Drives for military use may be designed for that use case, but budget civilian drives might not be. If the players do this frequently I suggest adding to their annual maintenance costs to reflect that.
Top

That indeed is an issue addressed as well in JTAS 3. There is a time limit stated for which one can keep the j-drive hot safely. After that, stuff happens, usually expensive or dangerous or both.
liber et infractus
Top

And then there are jump tapes. 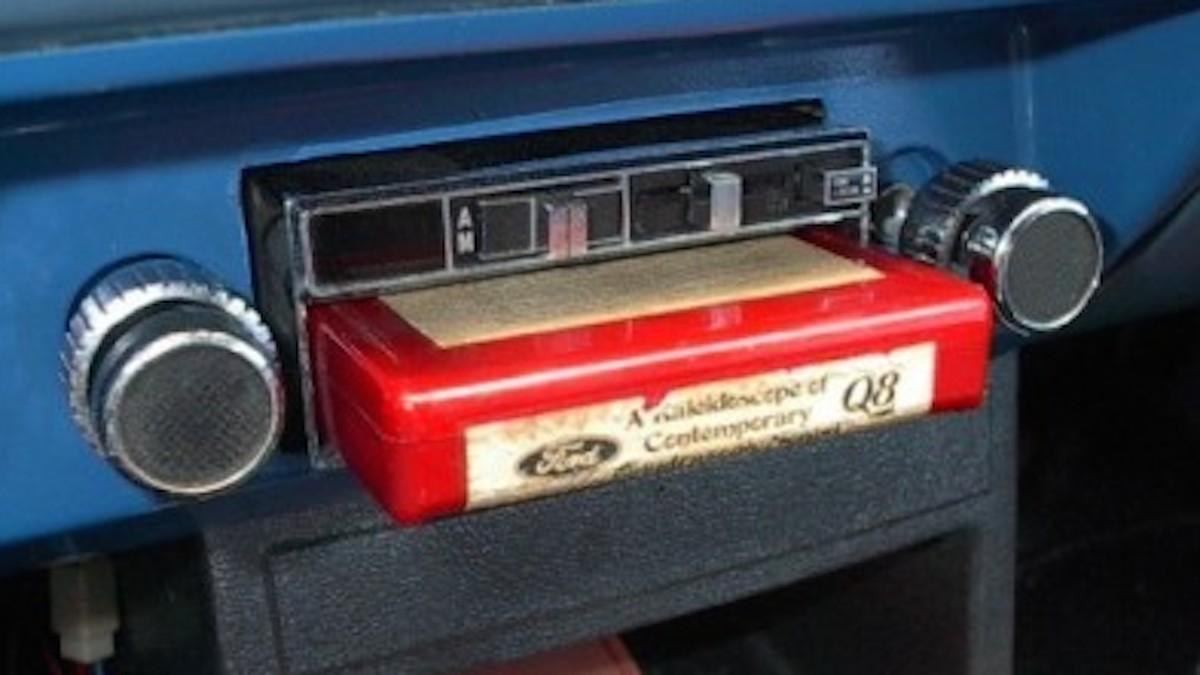 Jump cassette is the term used in CT.

Considering how much of that MgTJTAS 3 article contradicts canonical sources I would have to say it is incompatible with the OTU.
Top

Sigtrygg wrote: ↑
Thu Jul 23, 2020 8:21 am
Considering how much of that MgTJTAS 3 article contradicts canonical sources I would have to say it is incompatible with the OTU.

Depends on the idea of canon for MgT2: It could be, "canon" just means "has been published within this edition". Otherwise, yeah, things look differently.
liber et infractus
Top

My take on the updated compact disc, would be that the local starport has their station astrogator, or a specialized computer programme, come up with the calculations.

This also ensures that the starships stick to the pre allocated space lanes.
Top

Presumably the canned courses are “safe”, selecting jump transit points a little outside the 100D limit so in-system transit times are longer but there’s less likelihood of an embarrassing an error.

Or - the “courses” are more like algorithms or models with most of the variables pre-defined but still subject to last-minute correction based on the ship’s own sensors.
Top

Carthar wrote: ↑
Tue Jul 21, 2020 9:28 pm
Is there any understanding of how long an astrogation check/jump plot is good? A few hours, a day or several days?

Could you make the check as soon as you jumped into a system so that you could jump out at a moments notice?

In the Spacecraft Operations section, the Preparing for Jump explains the task chain sequence and says that the astrogation check can be performed in advance. You are correct, in noting that it doesn't give any indication as to how good that information is good for. I guess it depends on what exactly is being attempted.

If I'm the Referee, and the ship breaks out of jump and the crew is like, "Yikes, let's get out of here and head back from where we came!" How I understand the rules; I'm going to have them start the prep for jump task chain as normal. If the astrogator wants to perform their task faster, apply the appropriate DM as in the rules, and so forth along the chain. Since they are traveling between the two points they just used, then I'd likely allow a Boon die....they are basically having to verify and tweek the data.

If it's a case where they arrive and immediately want to jump to the next destination? Then the prep to jump task chain as normal.

I guess as a Referee, having these chains to use makes it a bit "easier" to keep the game interesting. "Something is happening!!!", and if that something means they failed because they decided to rush (or had to rush)

Well....then that just gave me a plot hook and I can get to work.

If asked why it take so long? I'd explain that when performing something like an astrogation check, you are not only calculating the XYZ of two points. You are calculating the XYZ position of all the stellar bodies in that system (gotta make sure your outside 100D of all) and the same in the target system. Oh, and you also have to calculate time as it affects the position of those bodies to account for 168 hours....plus or minus

Most of the Traveller I've refereed has heavily used random events and such, it helps make the game exciting for me. The above example works well with how I'm used to playing, so hopefully you find it helpful.
Top

Condottiere wrote: ↑
Thu Jul 23, 2020 10:37 pm
My take on the updated compact disc, would be that the local starport has their station astrogator, or a specialized computer programme, come up with the calculations.

This also ensures that the starships stick to the pre allocated space lanes.

Certainly class A and B starports will feature that, class C, too, probably. But anything lower might not even have a computer that can run such programmes or the traffic to warrant the service. You would need to have calculations for each possible or at least likely destination. So probably everything 1-3 pc out and calculated for eacht of the fairly common starship classes, including sub-classes (e. g.Type-S and Type-J). Larger starports, especially those including naval and scout bases would need to calculate at least up to 4 pc out, so they can service naval ships.

On larger installations with high traffic, that's a lot of bandwidth under constant use. You'd probably want to recalculate all that hourly, more frequently in high traffic systems or for astrographically complex jumps (multi star systems on either end etc.).
liber et infractus
Top

"And then there are jump tapes."

Anyone remember the 'computer tapes' from original Star Trek, those small, very thin squares? They used the word tape because that is the familiar term for data storage 60 years ago but if the same item were seen for the first time today, we would see them as slot-able flash drive or data wafers with plausibly large storage capacity.
Top

Since you can't slip condoms over thumb drives, sticking one that you're unaware of its chain of custody into one of your USB slots is considered risky behavior.

Probably why having your own astrogator onboard is de rigueur.

Has to be cheap enough to compensate.
Top

Good point. You don't want to go, where THEY want to send you.
liber et infractus
Top

I already asked this over on the Citizens of the Imperium forum, but will also post it here because it is relevant.


Traveller5 Core Book 2 Starships > How Ship Systems Work > Jump. This chapter was fantastic reading. Maybe some of my favorite Traveller reading yet.

An interesting element was the Astrogation Task Verification event. Has this been talked about and depicted in the Mongoose 2e rules?

I thought I was going to find it in Highguard, didn't see it. Then I thought it might have been covered in Journal of the Travellers's Aid Society Vol 3 (for Mongoose 2e), wasnt there either. Maybe it is in one of these and I missed it? or maybe its not considered yet.

Is Verifying the Astrogation Task a Traveller5 original concept? Or has this appeared in other Traveller versions already?

Is there a Traveller5 to Mongoose 2e formula for general task difficulties, maybe?

I haven't delved too deep into Traveller5 yet. I read too far and get overwhelmed by it. Little by little. This question opened up the Traveller5 idea of Uncertain Tasks. That was interesting!

Astrogation task verification is not considered at all in MgT2. Mongoose is a complete different mechanic from T5. T is full of convoluted ideas that bog down gameplay.
Top
Post Reply
19 posts • Page 1 of 1