As Yuleihehar, the famous epic poet of clan Hlyueawi, once said: Slavery diminishes all involved. It strips the slave of his dignity and freedom, and deprives the master of his sophontarianism.

Sophontarianism? Since when the Aslan care about other sophonts? "Races encountered by the Aslan *EARLY* in their expansion were usually enslaved or annihilated" (Pirates of Drinax, book 2, page 58), OK, but even contemporary Aslan are hardly more friendly, just see the plight of the 'liberated' slaves in Exodus. Your average Hierate Aslan gives value to Clan, Honour, Pride, Family and Territory, but the other sophonts (heck, even the other Aslan, just remember what happened in the Border Wars: "To win, the Hierate would have to marshal all its forces – and that is impossible for the Aslan race" -Pirates of Drinax, book 2, page 57- ) are just Awkhea (landless serfs) or, worse, Ahiwihteakhtau (barbarians). And make no mistake, I do know the Hierate includes 'incorporated' races, but ONLY "if they behave properly", the duty of promoting sophont welfare, or Sophontarianism, is a HUMAN concept.

In conclusion, I'm writing this because hoping to see that horrid "Sophontarianism" *REPLACED* with something more 'Aslan' (Khoafteirleao or, better, Aokhaor -book 2, page 207-), please leave Politically Correct slang to those silly Humans

Are you saying that in a population of trillions, there isn't room for an enlightened philosopher? The Aslan have had to battle their destructive instincts throughout history, otherwise they would have consumed each other in a barrage of mushroom clouds long before they ever developed the jump drive (never mind whether they invented or stole it).

The Aslan had to invent an artifice—fteir—to keep from killing each other. That invention has made them perhaps the most sophontarian of all the major races, save humans. If you adopt fteir, then you are accepted into the Hierate. Sure, the best you can hope for is to rise to awkhea, but this differs from abject slavery. If you sweep in and enslave other species without giving them the chance to come to fteir, then you truly deprive them of the opportunity to see the merits of honor. There's a reason slavery is outlawed in the Hierate. The Aslan tendency, their path of least resistance, might be to kill or enslave every "weak" herbivore/omnivore they find and fight every opposing predator to the death for their land. But that isn't what they do. Why? Fteir. It is honorable to give other sophonts the right to come to the light; otherwise, as that old softy Yuleihehar says, you denigrate both the subjugated and his fteirle master. Clans who practiced slavery were considered to be part of the tsekho, the "progressive" faction, and were purged during the Uwaralyekose.

Fteir has guided the Aslan to some of their greatest accomplishments and enabled them to do some things that are highly contrary to their instincts. To wit: The quote you cited was taken out of context. "The Aslan have incorporated numerous minor races into the Hierate. These species, ranging from the avian descended Pol Nox to the reptilian Z’kr to the Ulane. Races encountered by the Aslan early in their expansion were usually enslaved or annihilated, but modern Aslan are more likely to incorporate other races into the Hierate or trade with them. Incorporated races are permitted to form clans and own territory, and may even be treated as the equals of Aslan if they behave properly, although few non-Aslan ever rise above the rank of awkhea (landless serf)."

The story of the Aslan is—in part—whether a predator-descended species can curb its instincts to create and maintain an interstellar civilization. There are multiple opposing forces among them and the jury is out whether or not they can learn to get along with others. But there is a place in Aslan society for sophontarianism, and old Yuleihehar is its patron saint. Now, those of us who follow canon know that another "philosopher" is about to come around the bend (Lakht Aorlakht, anyone?) who sees things a bit differently, but that is a tale for another time.

Heirate Aslan in the OTU don't keep slaves. Never have. Ever.

In all pre-MgT sources there is not a single mention or even hint that Aslan ever had any slave taking or keeping culture. In point of fact they don't eat intelligent races either. But hey, MgT Aslan are kewel cos they are slave taking baby eating monsters...

MgT got Aslan very wrong in 1e and the mistakes are compounded by trying to retcon something that was never there.

The Glorious Empire and deviant Aslan taking and keeping slaves is one thing - let's face it they are not doing anything that humans and Vargr don't - but in all OTU canon the Aslan Heirate never enslaved other races, not during their initial expansion, not during the long night era as Imperials measure things, not even into the Third Imperial age.
Top

Every rule has exceptions, of course (the Aslan prophet Tarelriylr is one, for example, and cosmopolitan worlds like Tisilli, Oyoiy and Ahoahea do exist), but when your neighbour is *trillions* of touchy and belligerent Aslan, and not the rare exceptions, you tend to NOT see the bigger picture, do you know?

Oh well, I tried. But wait, WHO old Yuleihehar is, exactly?
Top

I would assume that he predates the Cultural Purges, perhaps serving as a signatory to the Grand Conclave.
My published Traveller adventures on DriveThruRPG:
https://www.drivethrurpg.com/browse.php ... %20Griffen
Top 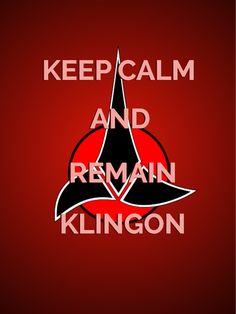 Human by birth. Klingon by choice. Kai the Empire!
Top

Some quotes from pre-Mongoose Aslan sources:

Some years after they [the Aslan] reached space, they encountered human traders also exploring new territories and, in the process,
discovered that the universe was already filled with star-faring races. Initial contacts were peaceful...

The stereotype of alien invasion assumes violence and warfare: the truth of Aslan invasions is quite different. Aslan are not interested in short-term loot and plunder; they do want long-term territory and markets.
They need to ensure they will be able to stay in their colony and thrive once it is established.
Wherever possible, Aslan will buy the land they settle. A small population on a world will often sell its rights to unclaimed, unexploited land for very little. Land can be bought with money or with royalties (for a fixed time) against the profit which comes from exploitation, or even with the promise to pay taxes. Aslan owe their own individual loyalty to their clan, but Aslan clans accept the authority of alien governments (for example, in taxation) over clan members, when that authority is evenhanded and just.
Where necessary, Aslan will take the land they need. Some worlds have whole continents which lie vacant: ejecting Aslan squatters is nearly impossible. Eventually, the two-way trade between the Aslan and the locals brings acceptance of the new citizens.
Where required, Aslan will fight for the land they need Their ability as warriors is undeniable and provides a strong incentive for local citizens not to resist the settlers.

So they're Phoenicians?
Top
Post Reply
9 posts • Page 1 of 1

Users browsing this forum: No registered users and 31 guests