I bought the Fessor Cargo ship module (excellent ship) and it got me thinking.

The ship is a breakaway based 400 ton design with 196 tons of breakaway hull capability. You can mix and match various modules to meet whatever mission you are on.

The ship has 40o tons with 2 turrets on it. At 400 tons the ship would be allowed 4 turrets.
Here is my question.
If the 196 tons of modules are absent (4 modules of 49 tons each). The remaining ship would be 204 tons and have 2 turrets. If the breakaway modules are attached the ship would have 4 turrets.
Where do the turrets go?
If the turrets are on the central core you could have a 204 ton ship with 4 turrets. This could result in a faster ship with more turrets than a ship of equal tonnage.

If you have a turret on one of the breakawy modules you might end up with a 49 ton module with a turret (or maybe a barbette to push the example even further).

How do you place turrets on your breakaway hull designs?
Top

It is not clearly specified in the rules. As I interpret it you build a complete ship and then break it down into breakaway sections, with no particular limits of which system goes into which section, so I allow hardpoints based on the complete ship in any section the designer sees fit.

It leads to questionable situations, but the alternatives are worse IMHO.

So I would allow the total 400 Dt ship to have four hardpoints, distributed into any section.
Top

The fully rules-compliant method is to the put turrets on the modules and make every component large enough to carry all of its turrets. That would increase the cost and reduce the efficiency and flexibility of each module, so it's something the ship designer might not want to do.

Rules compliance is not so important so just do what you want.

IMO excessively modular ships are somewhere we might not want to go until well above TL 15. If mission space can be modularised, why can't engines be? Why isn't a ship just a random collection of self-sufficient 100-dton blocks?
Top

Putting components into easily changeable modules, if it didn't compromise the structural integrity of the ship, is actually quite attractive on a militarized design.

As an example, the Japanese traded in six inch triple turrets for eight inch twin turrets, and the Germans had similar plans for triple eleven inches and fifteen inch twins.
Top

Back in the day they were called bays and all they were doing was swapping one bay with another, which was always allowed under OTU HG 79/80 rules.
Top

Personally I think breakaway hulls need to be self-sufficient, thus the rules limitations apply to each individual section for hard points, thrust, power, etc. I would be OK with living quarters being separated, but since more tonnage can be advantageous to having more weapons, that is not helpful.

Modularization is OK to a degree. Having a standard hull with some ability to swap in and out different systems, up to a point, makes sense. But like everything in reality there's a plus and minus to everything. Where should that line be drawn for modular ships?
Top

I think modularisation is less important for Traveller fleets, as they have huge fleets giving them enough hulls to fit in some highly specialsed support craft, and being a game not a simulation we get to ignore all those special variants like the mine sweeper. At smaller ship counts, and perhaps smaller ships that are alone on the border, modularisation becomes much more useful.

I htink they missed a chance to make the charactertic of each major empire's navy different, so that you'd use diferent ships vs the aslan than you would the zho and that might create a need for a modular fleet in certain areas oft he imperim that sees both aliens. It's possible that independent ship builders might build with modular
systems so that the local empire buying it could put their own gear in.
Top

Moppy wrote: ↑ The fully rules-compliant method is to the put turrets on the modules and make every component large enough to carry all of its turrets.

This has disadvantages, e.g. the 400 Dt ship described above could now have 2 hardpoints and 8 firmpoints, and consequently install 6 missile barbettes or 8 single laser PD turrets.
Top


I think that’s what I was missing from this conversation. Modular starship construction makes a world of sense to me, and not just to facilitate multi-role vessels like the Element-Class cruisers. Standard starship designs could be built in a similar fashion.

Not sure what you gain from a breakaway design though....
Top


I think that’s what I was missing from this conversation. Modular starship construction makes a world of sense to me, and not just to facilitate multi-role vessels like the Element-Class cruisers. Standard starship designs could be built in a similar fashion.

Not sure what you gain from a breakaway design though....

In Star Trek, on Kirk's enterprise (original series) the saucer comes off and acts as a sublight aerodynamic lifeboat. The rear hull is capable of operation but didn't for whatever reason. By Picard's time (the next gen) they could come apart more or less at will and it separated at least one for combat.

In terms of effect there's not much difference between a module with drives and a sub-craft, but don't ask me how hull armor works. In terms of roleplay there will be a lot of difference, like how many connecting corridors you have and who commands each part. As soon as you put an engine and a wheelhouse in a module, it opens up a whole debate about what exactly is a ship - in much the same way as whether your computer is a computer, when the controller board in the disk drive has its own CPU and RAM.

edit: TWO SPINAL MOUNTS - Picard's enterprise has photon torpedos that are only unmasked when the units are separated

Linwood wrote: ↑ Modular starship construction makes a world of sense to me, and not just to facilitate multi-role vessels like the Element-Class cruisers. Standard starship designs could be built in a similar fashion.

The Element class uses Pods, another mechanism... Similar to Modular Hull, but external so the Pod needs its own hull and armour unlike Modules.

Linwood wrote: ↑ Not sure what you gain from a breakaway design though....

And, to make them true ships, each would need it's own power source, computers, sensors, it's own bridge, magazine space, quarters, etc. There's a rules loophole here that would allow a breakaway ship to get all the bonuses but not the negatives (having to dedicate space for jump fuel, or cargo, etc). In theory you could have a 1,000 ton ship split into 3 sections, and a 200 ton section could have 5 hardpoints but have none of the space burden of quarters, cargo, fuel, etc.

Using the above example, let's say the 200 ton section is a monster in combat. There are two additional breakaway sections - one contains sufficient fuel and a jump drive while the other was the only one that contained quarters. With no quarters the re-combined ship now violates the rules for having insufficient quarter space for the crew. Is it allowed to go ahead and re-combine (a question in itself), and then plot a jump? While in some ways it's not different than a ship that took damage to it's quarter section, in other ways it's quite different because none now exist.

I should probably go read the rules on this to see if my questions are answered. Though I'd hazard a guess that these are probably not mentioned, or very vaguely, per the normal standard.
Top

Breakaways need a bridge and engineering, though that can be amalgamated upon intercourse, as would fuel tanks.
Top

So now i’m wondering about the difference between a breakaway section and a battle rider. Other than getting to take advantage of a rules loophole....
Top

Linwood wrote: ↑ So now i’m wondering about the difference between a breakaway section and a battle rider.

A battle rider can be built as a breakaway section.

Breakaway hulls can be used for other purposes, e.g. something like the classic cutter.

Linwood wrote: ↑
Tue Apr 09, 2019 12:09 am
So now i’m wondering about the difference between a breakaway section and a battle rider. Other than getting to take advantage of a rules loophole....

Battle riders are individual ships, designed and built that way. Breakaway sections are much less defined. There isn't enough clarity in the rules to really do a fair comparison. Much would depend on what is being attempted with the breakaway section. The Enterprise-D was used as a previous example. The saucer section had impulse engines, shuttle bays, I assume it's own deflectors, and phaser array's, but no warp power. The rear section seemed to be more of a pure 'fighting' unit. I've never looked at the blueprints so all I know is from watching the show. The saucer was meant as a lifeboat for all the families and crew onboard, and with their replication technology they could probably go for a long time while waiting for a rescue. How useful or strong it would be in individual combat isn't really clear though.

In Traveller, since most players tend to min/max their designs, a ref needs to enforce fairness on usage, thus their breakaway hull isn't uber-all-powerful because it takes all the positives and none of the negatives of a starship.
Top

Each section still needs to abide with the construction rules.

The 96t sections for example can't support hardpoints and would instead provide firm points.

When the new rule was exposed, there was some speculation on placing the hardpoint on the non hectotonne section, but I always felt that the structure wouldn't permit that.
Top

Linwood wrote: ↑
Tue Apr 09, 2019 12:09 am
So now i’m wondering about the difference between a breakaway section and a battle rider. Other than getting to take advantage of a rules loophole.... 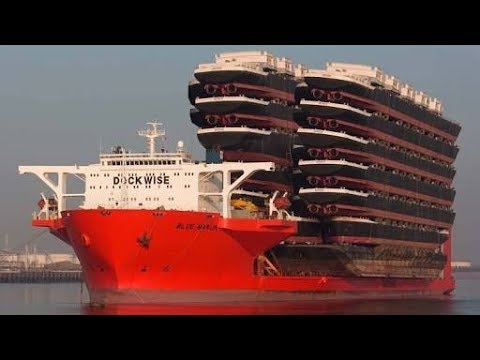