Getting rid of negative Quirks in spacecraft

If youre allowing your travellers to load up with whatever they can afford at the starport, then, yes, I think you have to allow hardware Quirks (sensors, thrusters) to be fixable, but the bill could be huge, akin to a full replacement. Some of the others are more about role play than repairs. Others others, such as maintenance costs or repair roles, are permanently part of the ship, which is fine. None make the ship a deathteap or unplayable.

Nothing wrong with the ship having a little personality.
Top 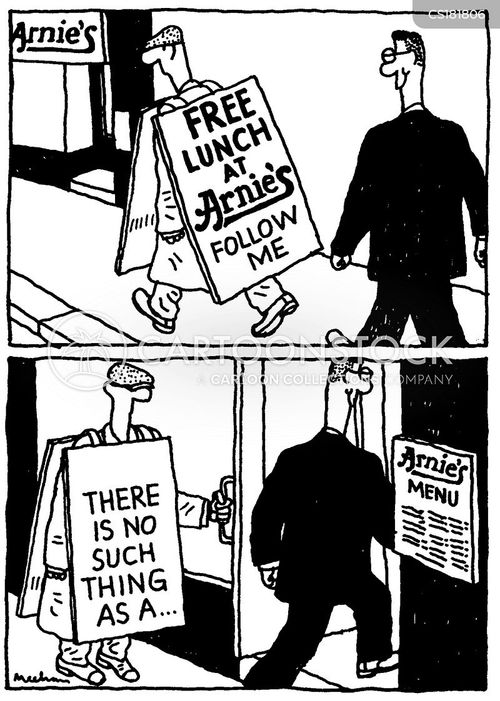 Whether or not they are ever able to actually repair, remove, or ameliorate the negative quirk, having another subplot/side goal for the Travellers is a good thing. It gives them one more attachment to their ship. Even if it's negative, it can add to their experience as they occasionally work to fix the problem. "Well, there's residual radioactivity on the starboard maneuver exhaust and the main cargo hold door sometimes sticks, but she's gotten us through a number of pickles." [Pats the ship proudly.]
My published Traveller adventures on DriveThruRPG:
https://www.drivethrurpg.com/browse.php ... %20Griffen
Top

Reynard wrote: ↑
Mon Jan 21, 2019 10:20 pm
We want a cheaper ship! Let's load it up with as many quirks as we can get away with so it's real cheap then complain we can't do anything with such a quirky ship and demand cheap ways to get rid of the quirks.

While that might be true in the case of a chargen-obtained ship, the PCs may come into possession of other ships later on, and nothing stops those from having quirks too - in that case, both unwanted and unasked.

Getting rid of those is entirely reasonable.
Top

Garran wrote: ↑
Sat Jan 26, 2019 11:13 am
While that might be true in the case of a chargen-obtained ship, the PCs may come into possession of other ships later on, and nothing stops those from having quirks too - in that case, both unwanted and unasked.

Getting rid of those is entirely reasonable.

IMHO, as I've said above, ship shares can remove *ANY* negative quirk in chargen-obtained ships (yes, even the exotic ones. Ship shares "represent contacts, credit rating, savings and favours owed", after all). The quirks of ships gained during adventures call for MORE adventures instead: just see what H.P.P.E. (in Challenge Magazine No. 46) does with the 'Psionic Echoes' quirk, for example.
Top

Garran, if the referee introduces a quirky ship, there must be a reason most likely story driven. If the players HATE the concept so much then maybe it's time for an out of game talk and remove the offending object or remove the quirks and anything else found player-offensive. Introducing a quirky ship either at chargen or in game should be pleasant and acceptable nor a threat or punishment.

If this could ever be an issue then every ref needs to be paranoid about players and have The Talk about what they want in their game.
Top

I'm OK with ship shares as a fix for quirks on a ship acquired at the beginning of a campaign. But suppose a new player joins the game with lots of ship shares. What then? I'd rule that it would take the combination of the ship shares and role-playing. For example, a new player might arrive with enough ship shares to un-quirk the ship, but it doesn't suddenly get up to spec when the new character steps aboard. Instead:

"I have a salvage Super-Meat 1090 at my old cabin-mate's apartment on Efate. It's supposed to be able to grow 21 types of meat, and all but three still work. That beats the meat machine on this ship, which can only grow chicken meat that doesn't taste quite like chicken."

"I also have about a megacredit of store credit at Fuel Flow on Jewell. My old squad leader never told us how he got it -- or the Zhodaji gatling gauss gun he left my buddy -- but he left it to me in his will."

"Oh, and my old lieutenant became a Vargr liaison officer when she got promoted. Maybe she could do something about this ship's reputation issues."
Top

PsiTraveller wrote: ↑
Sun Jan 20, 2019 6:07 pm
Does anyone here allow negative quirks to be repaired and removed from a ship? Older ships can gain several quirks that make the ship dangerous to run and expensive to maintain.

Players have this romantic vision of spaceships, so it always helps to reframe the conversation in terms that are easier to understand. That ship with a load of quirks is like some 1995 Ford Crown Victoria that has been ridden into the ground. Yeah, players can pay to replace the engine because some of the cylinders have hairline cracks, overhaul the suspension to get rid of the metal fatigue, oh and passenger door doesn't open all the way because the body is a bit warped over there. Can all these "quirks" can be repaired? Of course. Is the mechanic who's looking at the car just going to look at you and ask, "Why don't you just buy a new or used car in better condition?" Yes.

The cost of actually removing the quirks of a ship should exceed the value of the ship in the condition the players got it. Yes, exceptions can be made, but they'd have to be reasonable exceptions (for instance, if your players land on an airless moon and find some old Scout Ship that's been sitting there for 50 years because the pilot was killed in a rockfall not too many kilometers from the ship, yes, maybe the quirks on that could be repaired for cheaper than the value of the ship - the ship was in great condition when it landed, its only unflyable because of the neglect of sitting on an airless moon for 50 years so if you replace some systems the rest isn't worn at all).

The reality away from the romance of this stuff is that people drive around quirky old vehicles because they can't afford to replace it and the bother of the quirks doesn't outweigh the use the vehicle still has. It's cheap for a reason - the former owners likely parted with it because it wasn't worth the cost of repairing the problems. Yes, poorer ship owners can be stuck in the "beater trap" where they're stuck being nickeled-and-dimed to death by continually making small maintenance repairs on a beater car and it's hard for them to save up enough to buy a better vehicle because of the constant maintenance payments.

People who have money to restore old vehicles to "like new" condition exist - but that's because they're quite willing to pay far more than the vehicle's actual worth it because to them the sentimental / historical value is worth the price. For example, you'll see videos of people salvaging a StuGIII some Russian road workers found in a creek (or some old car they find out in the woods behind some Iowa farmer's barn for that matter). They take it to a shop and spend years restoring it. Think about this. That StuGIII's worth when it was pulled out of a swamp or something was likely its weight in scrap metal. All the restorations made to it are many times the value of that hunk of metal. Similarly, there's many cars you'll see driving around the road that look pretty rough - if you talk to the owners, it's likely they're driving it because they either want a cheap car to drive around with that's such a beater nobody's even going to bother stealing it and if it gets some problem that'd cost $1500 to fix it, they're just going to junk it and walk away from it. Or they're simply lacking the money to buy a new car and are stuck in that "beater trap." None of them dream of taking their older model Toyota Corolla, Ford Focus, or whatever and "fixing it up like new" (or maybe they do but soon enough some adult in their life talks them out of it).

That said, the players could do a lot of roleplaying, perhaps currying favors with shipyard operators, specialist work crews/engineers, and then of course hunting down expensive components to get them at a real low price (possibly by ripping them out of another ship, getting a great price as a favor from someone they did something else for, etc.). But ultimately, I think unless the players have some sort of circumstance (eg; they're wanted criminals, have really poor social standing, have an extreme sentimental attachment to the ship, etc.) they should be aware that in exchange for getting the repairs for cheap, they likely spent so much time working out deals for the repairs, they probably could have made a lot more money just working during that period and put the down payment for a new, working ship or a used ship with fewer quirks.


Reynard wrote: ↑
Mon Jan 21, 2019 10:20 pm
I don't think people get the concept of a cheap but old vehicle. Han and Chewy spent decades repairing and modifying the Falcon and STILL had to deal with its foibles. Role playing. You get what you pay for.

I always had the impression that the Falcon was unreliable not just because it was old but because Han (and Lando) spent a lot of time making modifications in the hopes of increasing the performance of the Falcon. I also had the impression that Han and Chewy weren't really all that skilled at making these modifications - like a handyman doing home improvements vs. hiring an actual contractor (plumber, electrician, carpenter) with a good reputation. Their own modifications to the ship in the name of "performance" are increasing their maintenance burden as they the "performance" systems were putting an undue strain on other systems that weren't designed for that kind of load (and were below spec because of age to start with). Because Han and Chewy were always short on money, they were always just patching things up barely enough to make it work and dreaming of the 'big haul' that'd let them pay off their debts and maybe buy a better ship / pay for that big overhaul that'd get rid of so many problems.
Top

Reynard wrote: ↑
Mon Jan 21, 2019 10:20 pm
I don't think people get the concept of a cheap but old vehicle. Han and Chewy spent decades repairing and modifying the Falcon and STILL had to deal with its foibles.

We were very much thinking of the Falcon when we tackled these rules.

According to the books (and I don't recall the specific one), Leia had the Falcon overhauled and EVERYTHING was fixed and working according to spec, including all the upgrades and modifications. Han was upset because the ship flew different and went about reverting the ship back to being quirky since that was how he knew how to fly it.

So that's possibly something a referee might want to use for ships that had all their quirks removed...
Top

“I can’t sleep in my stateroom ever since they fixed that old circulation fan. It’s too quiet now....”
Top

Disadvantages should always cost more to get rid of, than any benefit they gave in acquiring them during character generation.
Top
Post Reply
31 posts