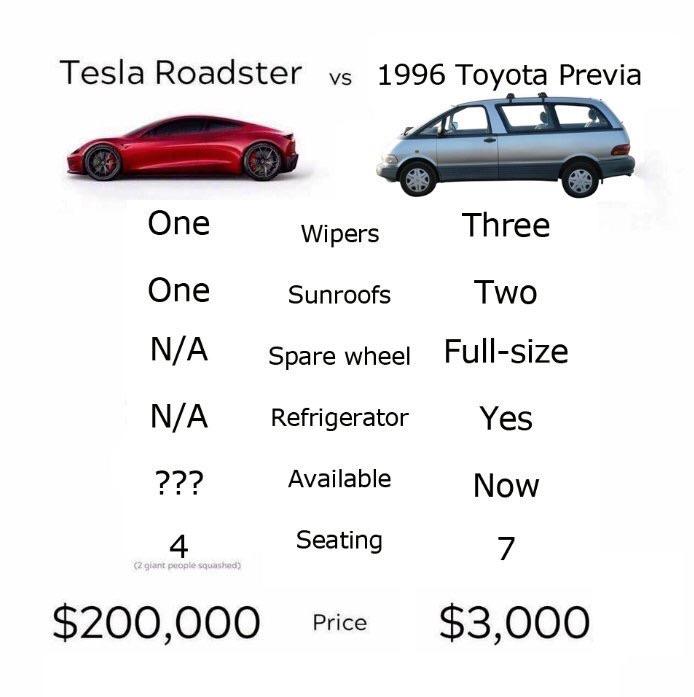 That gets you mobile dirtside for six hundred schmuckers.

Plus cold beer on hand. 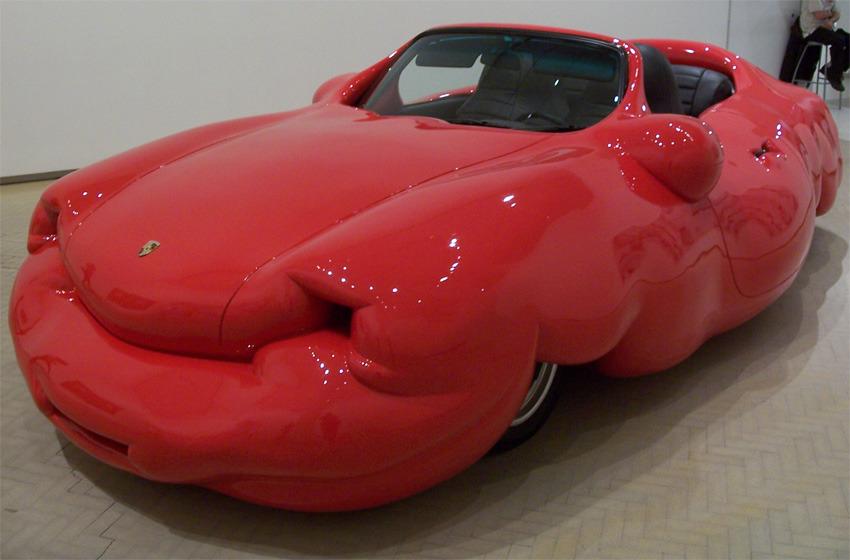 by Condottiere
History of Caseless Ammunition

You're always need a pickup.

by Condottiere
Strange But True: Astronauts Get Taller in Space

NASA astronaut Sunita Williams, Expedition 33 commander; and Japan Aerospace Exploration Agency astronaut Aki Hoshide, flight engineer, pose for a photo in the Cupola of the International Space Station. This image was taken Sept. 23, 2012.
Credit: NASA
Astronauts in space can grow up to 3 percent taller during the time spent living in microgravity, NASA scientists say. That means that a 6-foot-tall (1.8 meters) person could gain as many as 2 inches (5 centimeters) while in orbit.

While scientists have known for some time that astronauts experience a slight height boost during a months-long stay on the International Space Station, NASA is only now starting to use ultrasound technology to see exactly what happens to astronauts' spines in microgravity as it occurs.

"Today there is a new ultrasound device on the station that allows more precise musculoskeletal imaging required for assessment of the complex anatomy and the spine," the study's principal investigator Scott Dulchavsky said in a statement. "The crew will be able to perform these complex evaluations in the next year due to a newly developed Just-In-Time training guide for spinal ultrasound, combined with refinements in crew training and remote guidance procedures."

A better understanding of the spine’s elongation in microgravity could help physicians develop more effective rehabilitation techniques to aid astronauts in their return to Earth’s gravity following space station missions.

This image shows the opening screen for a training tool used by astronauts to practice taking ultrasound scans of their spines while in space. The study aims to measure how astronauts grow taller while living in microgravity.

Past studies have shown that when the spine is not exposed to the pull of Earth's gravity, the vertebra can expand and relax, allowing astronauts to actually grow taller. That small gain is short lived, however. Once the astronauts return to Earth, their height returns to normal after a few months. But still, scientists haven't been able to examine the astronaut's spinal columns when experiencing the effects of microgravity until now.

This month, astronauts will begin using the ultrasound device to scan each other's backs to see exactly what their spines look like after 30, 90 and 150 days in microgravity. Researchers will see the medical results in real time as the astronaut take turns scanning their spines of their crewmates.

Astronauts typically visit the space station in six-month increments, allowing for long-term studies of how the human body changes over time in microgravity.

"Ultrasound also allows us to evaluate physiology in motion, such as the movement of muscles, blood in vessels, and function in other systems in the body," Dulchavsky said. "Physiological parameters derived from ultrasound and Doppler give instantaneous observations about the body non-invasively without radiation."

Astronauts typically visit the space station in six-month increments, allowing for long-term studies of how the human body changes over time in microgravity.

by Condottiere
Uplifted: Who's A Pretty Candidate?

Courtesy of the Milford Road Alliance ( Downer / NZTA). Keas often watch them doing activities in the scrub, and then try to copy the actions when they have gone - particularly if the action has a consequence. So they would have watched the road workers at the Homer tunnel placing cones on the road with the consequence being traffic movements - then thought 'lets have a go at that'.

Keas are attracted to people, because people bring fun things to play with. Sadly, their intelligence and curiosity led to them being branded as pests, and resulted in their rapid decline. While they are now protected, they are nationally endangered.

One estimate is the intelligence of a four year old.

by Linwood
Wikipedia notes that there is evidence of keas attacking healthy sheep. That’s contributed to their decline as well.

But take away (or modify) that behavior and they might make interesting (if troublesome) pets for Travellers.

by Condottiere
Can Wind Turbines Really Work On Mars?

After my look at Surviving Mars lots of people called out the game for using wind turbines for energy generation on the surface of Mars. A planet which has an atmospheric pressure of less than 1% of Earth's, which would surely render such air driven devices as useless. However, it turns out that wind power is viable on Mars, even if solar remains as the best option during daylight hours.

So simple, a dummy can drive it.


Wasn't sure if this qualified under Spaceships: Refueling.

by Condottiere
This Special Training Keeps Astronauts From Vomiting Everywhere

Astronauts get motion sickness, too! However, through training with NASA scientists like Dr. Patricia Cowings, they learn to control it.

Ships Locker Out of the Closet

by Stilaliana
I know I havent posted in a LONG time and now Im asking for help, but I honestly dont know who or where else to ask this.

Ive been a lot more open about my spirituality lately...like the last couple of years and more so the last 6 months or so, and by open I mean NOT hiding it. Ive never, nor do I care to ever shove my sprituality in anyones face.

I also try not to lable myself because I kind of am open to anything, as long as I deem it to be morally sound and ethical. But I do tend to hang out with and relate best to "pagans", so people lable me as such, which, for the most part, I dont mind, but the other day my mother-in-law said something about me being pagan and it kind of made me feel.... wierd. Shes a pretty open minded person and would never actually make me feel bad or call me evil or anything like that, but I just cant shake this bizzar feeling I have about it. Then, to try to ease my own tension, I was relaying the story to my sister in law as kind of a joke, ha ha, but then she got all quiet and "weird"<----which is weird because shes spent a lot of time leaning about witchcraft and pagan type things.

When my mother in law asked the question "....because youre pagan?" I just shrugged and was like" uhm...yeah...."

Anyhow now Im sitting here feeling panicky and I want to call them and say "you know I dont practice witchcraft.....I just like to read about it " or "Im not really pagan Im just open" Now...this is not because I feel ashamed...well it might be...but I guess its that I feel vulnerable now, and like Ive opened up a piece of myself that I used to like to keep between myself and I and Spirit.

Anyhow I cant shake this feeling and meditation and relaxation and smudging has not helped. I wish I could take it all back and just go back to being silent about my faith.

Any insights would be most helpful
Thank you all so much

Law enforcement in London has tried to keep track where luxury automobiles carjacked end up. Just because they don't immediately bust you, doesn't mean that they don't want to know if your smuggling operation isn't connected with drug dealing, and possibly financing for terrorist activities.

Quite a number end up in the garages of African politicians, businessmen and warlords, and I would suppose another bunch in the territories of the former Soviet Union and Asia; China seems less likely, since the police there like to keep track of stuff coming and going.

At the other end of the scale, phased out cars tend to end up in the same places, instead of the junkyard.

Air/rafts have a default value of a quarter of a million, and only take up four tonnes of cargo, less if you pile them on.

by Condottiere
In theory, if you cluster nine of them, you could have an engineer supervising them for an eight hour shift.

And a factor one computer with Virtual Crew, giving round the clock monitoring.

Not counting mass production discounts, personnel cost would be one hundred eighty thousand schmuckers per year, under four hundred thousand for maintenance, plus real estate, and probably power Tokyo.

by Linwood
One engineer supervisor per shift, plus 1-2 others for coverage for vacations and illness (could be assigned to special projects when not acting as operators. But probably several technicians performing routine maintenance on the power plants and ancillary equipment. Plus a few guards for security, an admin to handle reports, and a manager to run the facility. IT and support for major repairs could be contracted out. That’s how a utility company might do it.

A frontier installation could be very different. A sealed system w/ Virtual Crew and one operator outside, certified to run X years with no maintenance required. Automated security that phones for a response team if it detects attempts at intrusion. Probably a small team (maybe contractors) who visit yearly (or maybe every couple of years) to enter the facility to perform upgrades, heavy maintenance, etc.).

Which now that I think of it could be the basis for an interesting Traveller adventure - “Our power station at Colony Alpha is due for its annual maintenance. No, no trouble, just routine - just work thru the checklist, perform some routine preventive maintenance. Well, the power output has been fluctuating - still within tolerances, but you should look into it. No, no complaints from the colonists, but their last report was some time ago...”

Solar panelling, though presumably nowhere near the same efficiency.

Introducing the Mossberg 590M™ Mag-Fed 12-gauge shotgun, built on Mossberg’s legendary pump-action, tactical platform combined with the world’s first double-stack, 10-round shotgun magazine; with optional 5, 10, 15 and 20-round capacity magazines sold as accessories. The 590M is initially available in two 10-round configurations; ideal for home security, tactical and competitive applications.

Depending on the actual loop holes as each planetary jurisdiction interprets their law levels, not something you want to come face to face with, or just barrel pointing in your general direction.