How I Learned to Use (and Love) Cards in Paranoia

Paranoia is Fun. Other games are not Fun. Buy Paranoia.
Post Reply
4 posts • Page 1 of 1

How I Learned to Use (and Love) Cards in Paranoia

And fell in love the idea with the new reboot before it started.

First of all, I am not involved in any way with Mongoose Publishing or this edition. But I have been playing Paranoia since 1988 and have used custom cards in the games I have run the past 4 years at Origins Game Fair. I thought I'd share a few of my experiences.

One of the worst situations in a convention play is when a player's Mutant Power has been played poorly or desperately revealed. Every time anything looks like it might catch on fire again, the Pyrotechnic Mutant gets blasted. Repeatedly. Before anything bad can happen, just in case. There's no longer any Paranoia in the game play. And the consequences of getting caught discouraged most players except the reckless from using their Mutant Power anyway. What fun is that?

So I came up with the idea of leaving out the Mutant Powers on character generation. Instead, each player had to draw a specified number of Mutant Power Experience cards and choose one. It created an interesting Game Meta. A player who Drew 1, Keep 1 had no choice about being a Mutie. But the player who had to Draw 4, Keep 1 had the ability to proclaim that their Mutant History had been thoroughly examined -- and, being loyal, they of course must be Not a Mutant. Or they were active participants in any Mutation. That table talk at the game start helped set the mood.

I have no idea if the new mechanic introduces these elements, but the ability of Troubleshooters to LITERALLY hold their Mutant Power in their hand and PLAY it added some interesting twists.
Top 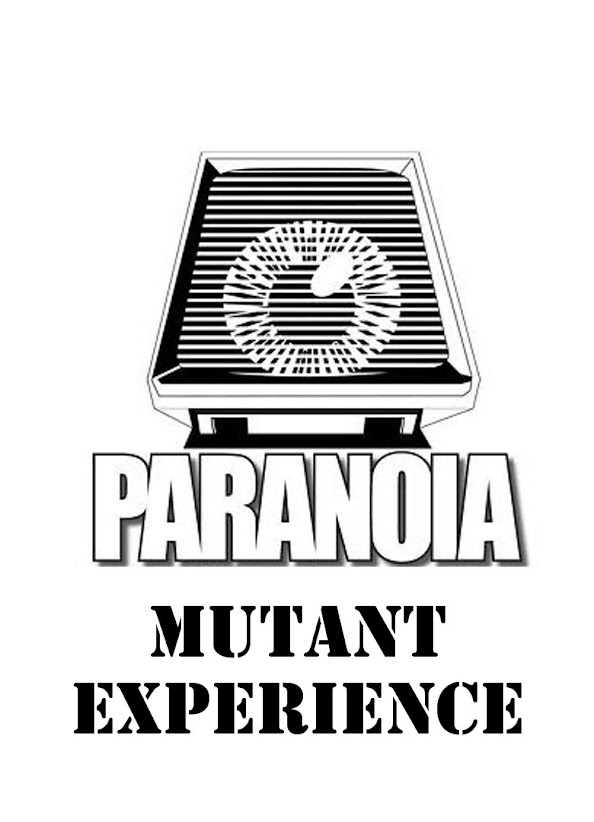 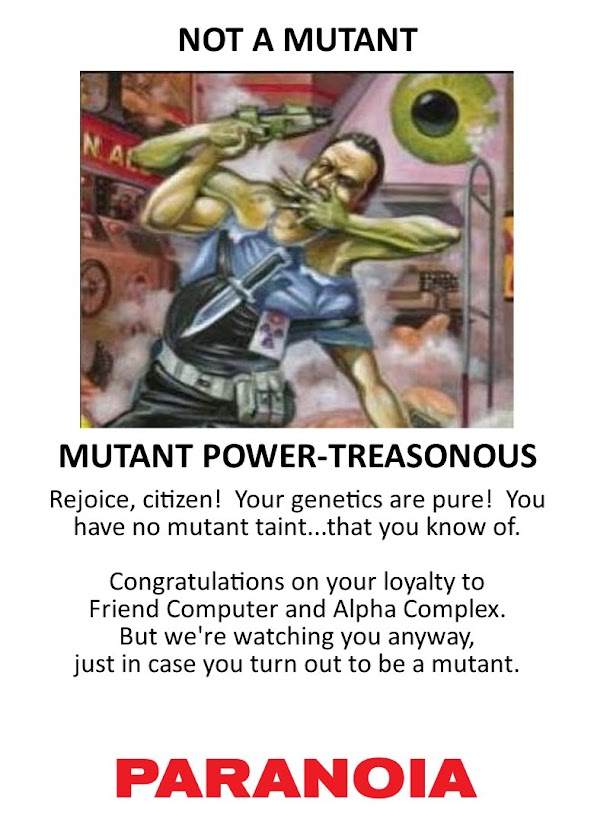 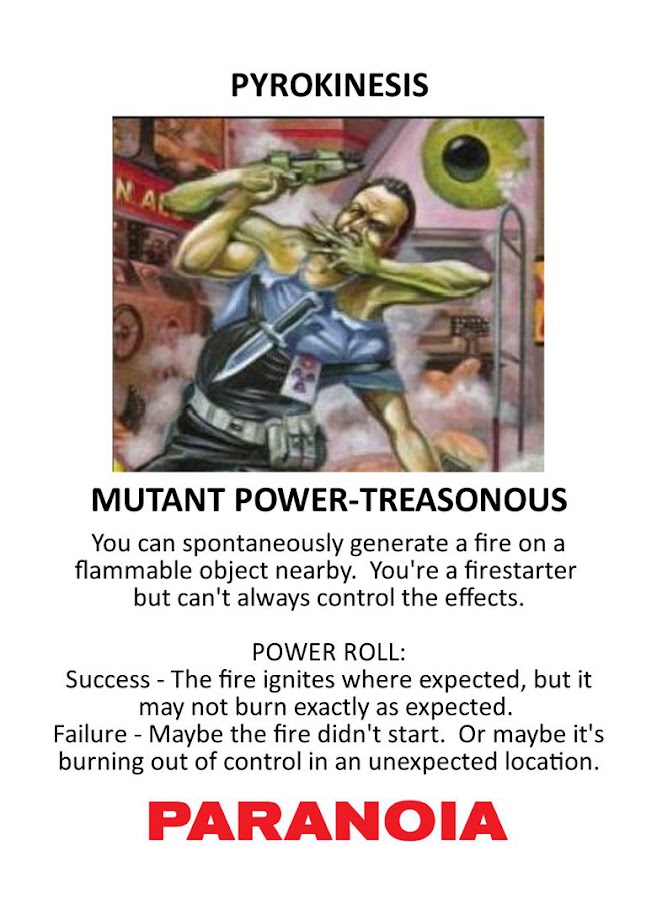 Cards create interesting game play possibilities. Players with a face-down card creates tension about what it could be -- and a desire to peek. Give a player a face-up card and it might make them a target.

At the Origins Game Fair, I use a "Mandatory Loyalty Deck" cards as GM to pre-resolve the accusations of treason that are constantly tossed around the table. As a GM, I have the option of choosing whether to peek, select or draw randomly from the Deck which has a series of values of +/- 10, 5, 3, 2, 1 and 0. This is Alpha Complex, so you can guess the distribution. But there are a fair number of 0 "Mostly Harmless or Insubordinate" cards.

When I stop showing interest in assigning cards based on the accusations, Troubleshooters generally decide whether to press their luck or get back to the task at hand (often ways of avoiding it). A Troubleshooter sitting on a stack of Positive cards they've been able to peek at or with a whole lot of Chutzpah will often encourage a Formal Accusation of treason to "Clear Their Name." And the Lead Accuser has to decide whether to call the Bluff. After all, a False Accusation of Treason is itself Treason.

The "Terminate with Extreme Prejudice -10 Loyalty" card ends in laughter followed by laser fire. It is often held off the deck for special circumstances. Along with the "Get Out of Treason Free +10 Loyalty" card.

I play these cards differently than the proposed rules, since my philosophy was that the GM/Friend Computer holds all the Cards. The new edition appears to let the Players Hold and Play the Cards. I'm looking forward to seeing examples of game play, since I'm not affiliated with Mongoose Publishing or the Kickstarter or the new edition in any way. I'm just a long-time fan who was looking for ways to spice up his Convention games.
Top 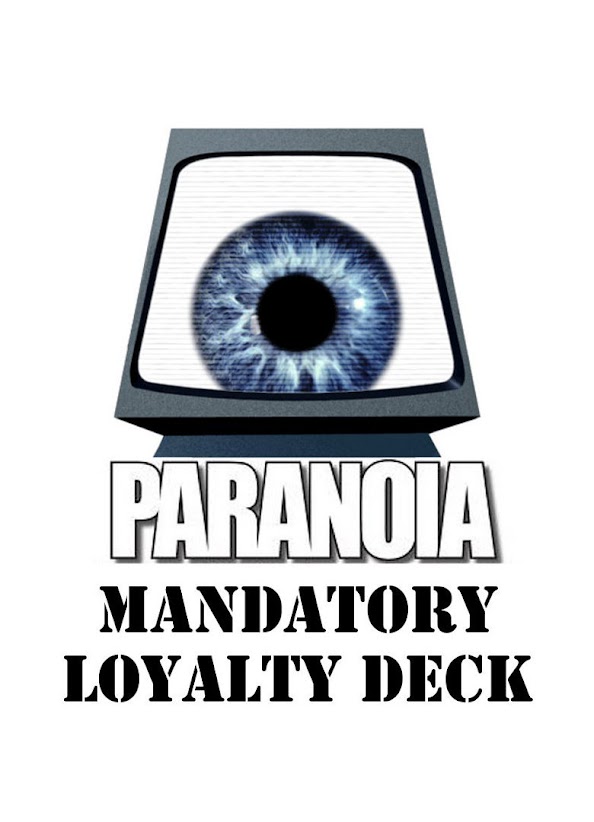 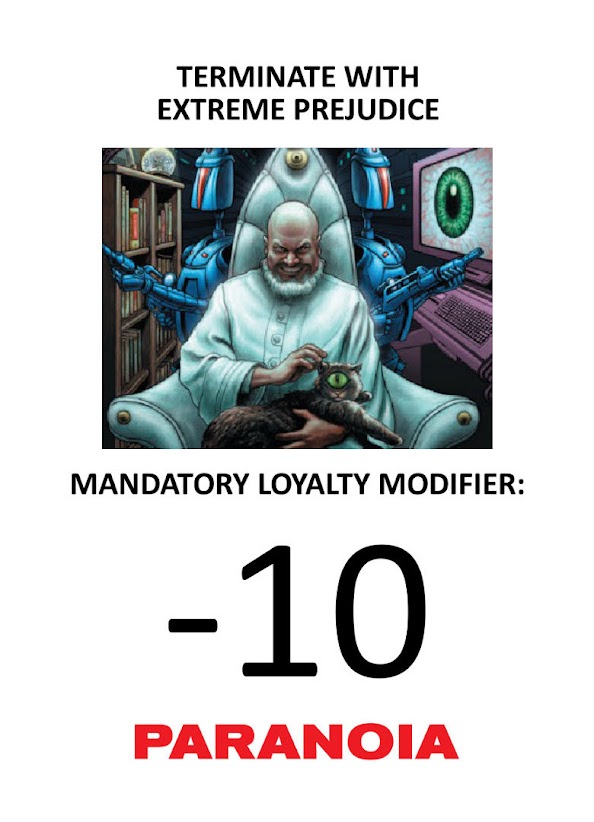 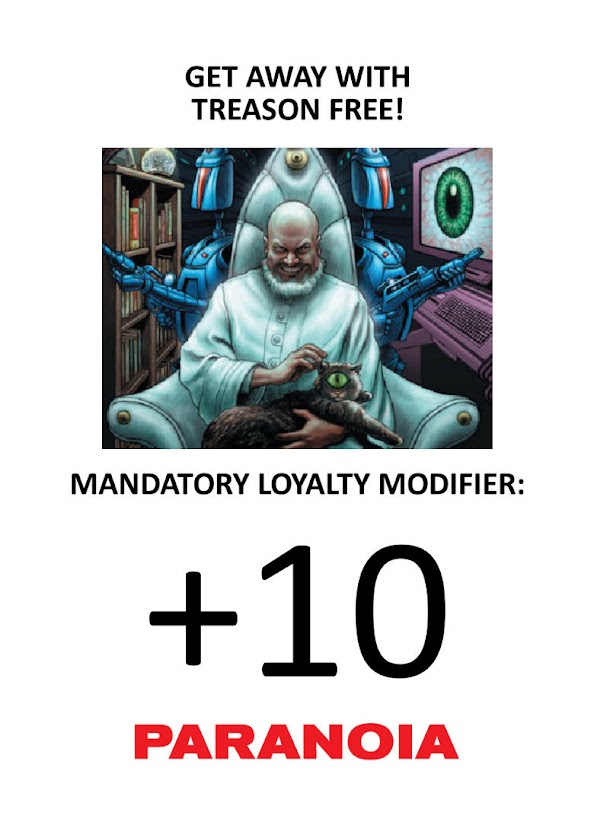